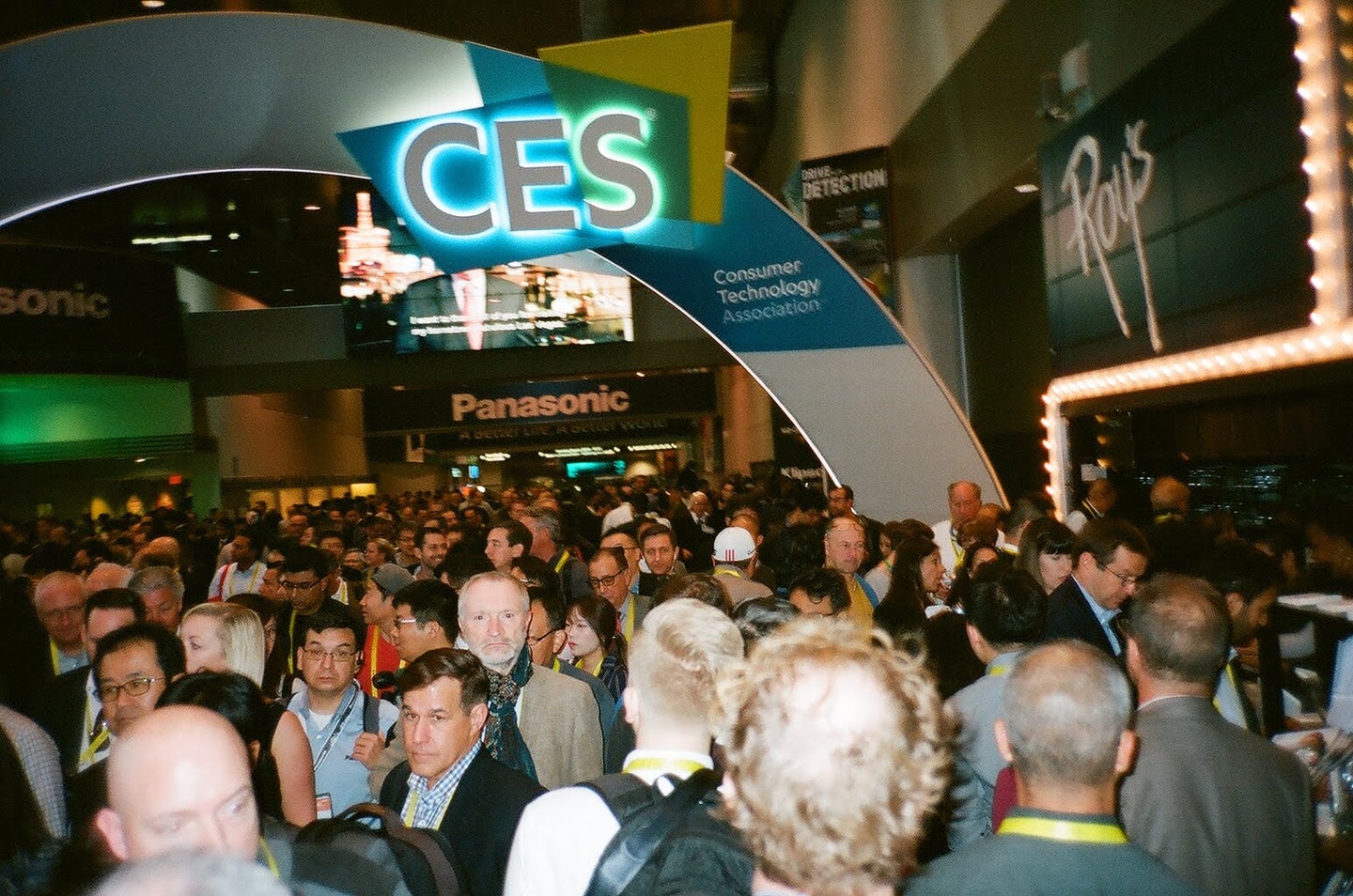 It seems unlikely we'll get back to this kind of CES crowd any time soon. Stan Horaczek
SHARE

When the tech world converged on Las Vegas roughly one year ago, the Consumer Electronics Show was a much different animal. This year, COVID-19 has caused the annual gadget bacchanal to go fully online. With the 2021 virtual show kicking off next week, now seems like the perfect time to look back at the 2020 show—it may end up being the last “normal” CES—and the gadgets it promised.

Here’s a look back at last year’s big themes and a look ahead to what we expect to see in 2021.

TVs will continue to get fancier

2020 was a mainstream debut for 8K TVs. LG, Samsung, TCL, Vizio, Sony and pretty much all the other major manufacturers showed off 8K sets in the pricier parts of their lineups. This year, I expect to see 8K creeping down even more in the lineups now that the Xbox Series X offers 8K gaming and the PS5 is promising it with a software update in the future.

LG continued to show off its flexible OLED displays last year, and this year it appears that the company will show off a screen that can transform from flat to curved depending on whether you’re kicking back to watch some content or leaning in for intense gaming.

Samsung has been showing off its modular wall TVs, which finally went on sale this year if you have Scrooge MacDuck money, but this year the company is showing a 110-inch Micro LED TV, which uses micrometer sized LEDs that self-illuminate without the need for color filters.

You can also expect to hear a lot about mini LED technology this year as well. LG calls its new mini LED tech QNED, while Samsung has opted to call its offerings Quantum Mini. The main draw for the mini LED tech is, predictably, the size of the diodes that provide the TV’s illumination. Because they’re smaller, manufacturers can fit more of them onto the panels, which allows for more precise control over light and dark areas.

In short, despite the plan for CES to stay virtual, there will be no shortage of big new TVs to check out—they just won’t be forming giant video walls in a convention hall.

Folding computers were big, but Chromebooks will likely surge

There were several folding computer prototypes on the show floor last year, including a pair of impressive Dell machines called the Ori and the Duet. Those machines have remained concepts for the moment, however.

Lenovo actually brought its ThinkPad X1 Fold into the market and it turned out to be a rather impressive little machine. It still looked a bit rough back at CES 2020, so it’s a pleasant surprise that it delivered on its delivery date last year.

This year, I expect to see manufacturers bumping up their Chromebook offerings, specifically in the mid- to higher-end parts of their lineups. Chromebooks had a real moment in 2020 thanks to the COVID-19 lockdowns, with many of the most popular and capable models selling out to home school and home office users. With people relying more and more on them as main machines, expect the emphasis to focus more on the $500 and up range rather than the cheaper models meant to offer bare minimum performance.

Back in 2019, Wi-Fi 6 debuted, but the somewhat-affordable hardware didn’t really start to hit until 2020. Netgear’s $230 basic mesh router setup was a big deal back at CES 2020 because it represented a substantial price drop. Prices have leveled off some and you can get excellent Wi-Fi 6 routers like the Netgear Nighthawk AX-8 for around $300 on sale. You can get something like the TP-Link Archer series routers for just $150 if you don’t need anything super fancy.

This year, it seems logical that we’ll see even more affordable options as the space gets more crowded and we hit the second generation of Wi-Fi 6 hardware.

Since CES last year, however, the FCC voted to open up a new part of the wireless spectrum for Wi-Fi usage, which has enabled the creation of Wi-Fi 6E. Devices should start rolling out to support 6E in early 2021, so CES may serve as a coming out party for the early adopters.

Looking back at Quibi

As you probably know by now, Quibi is dead. The ill-fated streaming service drummed up huge buzz at CES 2020, promising to revolutionize content by allowing users to seamlessly switch between vertical and horizontal orientation as they watched content on their phones. The company had tech-industry veterans Jeffrey Katzenberg and Meg Whitman as well as billions of dollars in investment capital to help it succeed. In the end, it only lasted eight months after its launch. Now, other streaming services like Hulu are in talks to pick up the content and allow users to actually watch it on their TVs. RIP Quibi. You were weird.

The promise of “artificial humans” represented one of the other major sources of buzz at CES 2020. Neon’s somewhat cryptic demos showed off virtual, AI-powered avatars that were surprisingly convincing and conversational. The world isn’t exactly awash with “virtual humans” just yet, but the Samsung-owned venture has continued to progress. Just last month, the company showed off a demo with partner Shinhan Bank—a Korean financial firm—to make the Neon avatars into personal banking assistants.

There was a lot of 5G talk at CES 2020, but not much of it was very concrete, at least from a consumer standpoint. We saw some interesting tech, like Samsung’s Telematics Control Unit, which allows vehicles to communicate in real-time with outside networks for better autonomy. But, for the average consumer, it’s unlikely they had even used 5G in any capacity as the major networks had just started rolling out their nationwide networks.

In 2021, it’s a different story. The major carriers have 5G strewn about the country—even if it hasn’t resulted in huge speed and connectivity leaps—and Apple has finally brought the iPhone onto the next-gen network.

At the 2021 show, Verizon takes the stop spot for the keynote and Samsung will be announcing its new 5G-enabled devices at an event after the show. If companies can cram 5G into their products, this is likely the year they’re going to do it.