Prosthetic Limbs Could Have Artificial Skin That Really Feels

It can transmit different amounts of pressure, just like real skin 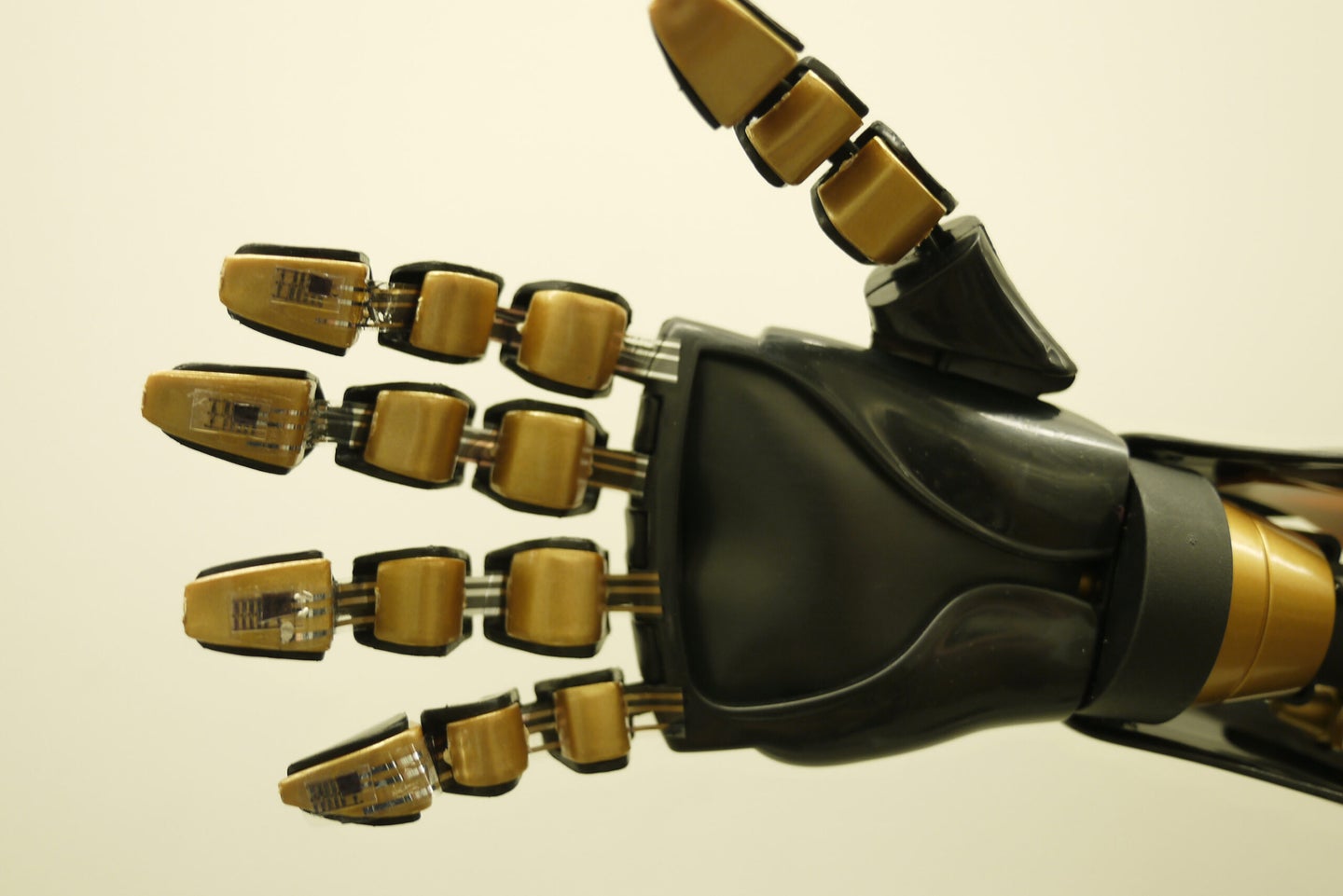 Many of us take our sense of touch for granted, perhaps because we can never turn it off, but it’s surprisingly complex. An intricate network of nerves brings different types of information about an object, like its temperature or wetness or hardness or weight, up to the brain, which compiles the information into a cohesive picture of the object.

In the past few years, mind-operated prosthetics have become much more sophisticated. But there’s still one piece missing: most of the prosthetics can’t send feedback to provide users with a sense of touch. Now a team led by researchers at Stanford University has created artificial skin that is filled with carbon nanotubes, which can translate different amounts of pressure to a digital signal direct to mice’s neurons, according to a study published today in Science. 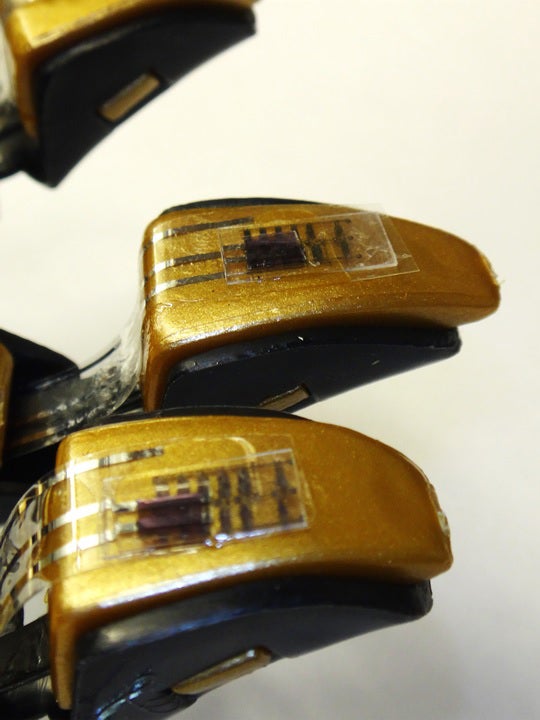 The pressure-sensing fingers with artificial skin

Artificial skin isn’t able to do all that quite yet. For this study, the researchers only designed the skin to be sensitive to pressure. It’s made of a flexible circuit of pressure sensors that rest on top of an organic substance that turns the pressure into an electric signal that can then stimulate the cells of a mouse’s cortex. The shape of the sensors makes them sensitive to different amounts of pressure. The researchers were then able to translate the signal to mouse’s brain cells, matching the electronic frequency that their brains would need to understand the information; had the researchers tested the artificial skin on real mice instead of just their brain cells, the mice would likely have been able to “feel” the skin as they would their own.

This isn’t the first attempt to make artificial skin—last year, Korean researchers published a study in which the skin could sense the wetness of the object it touched. But this artificial skin transmits the electrical signal slightly differently, the researchers write, and it might be more energy-efficient and transmit the signal more effectively over the longest distances in the human body. The researchers plan to make their skin more sensitive to other kinds of touch, like brushing movements or prolonged pressure. 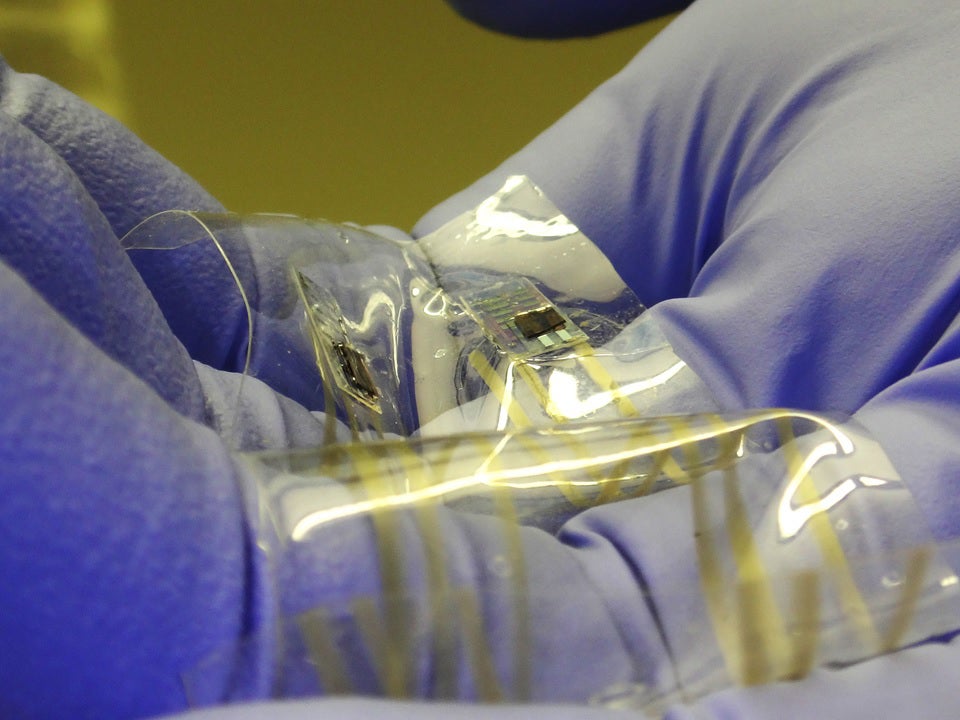