Wearing an ill-fitting bra is more than just uncomfortable. 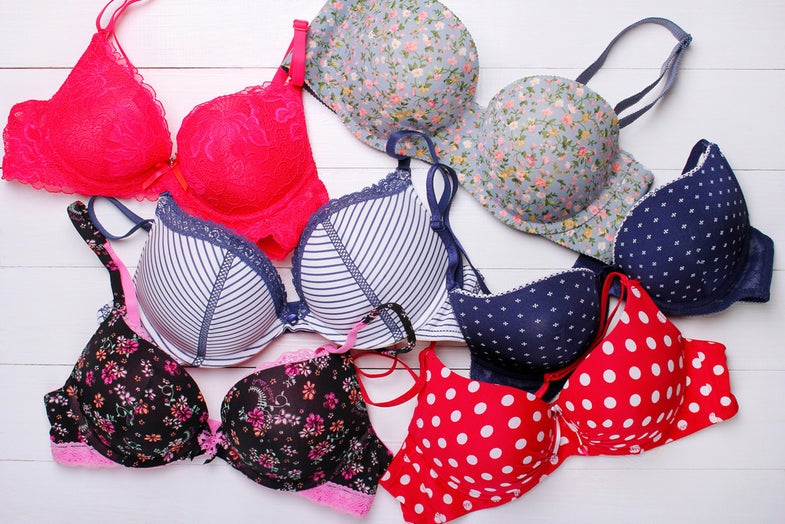 Wearing the wrong size bra is not only uncomfortable, it can cause a range of health problems. Research has shown that a lack of breast support often leads to breast pain, which is reported by 50% of women. An ill-fitting bra that doesn’t give the right support can also lead to breast skin damage—usually seen as stretch marks, caused by stretching the skin beyond its recovery point.

Ill-fitting bras have also been associated with neck, back, and shoulder pain, bad posture, and rubbing and chafing leading to skin abrasions.

The lack of breast support and the difficulty in finding a well-fitting bra has also been linked to a reluctance to exercise, with obvious long-term consequences.

Despite this fairly long list of health implications, millions of people continue to wear ill-fitting bras.

In 1935, Warner Brothers incorporated breast volume into bra sizing and the alphabet bra cup size system we use today was launched.

This original bra sizing system went up to a D cup. But since introducing this system, body sizes have changed a lot. Many now buy a D cup bra or larger. Some bra companies use this same sizing system to make bras up to an N cup.

Bra size is difficult to measure. The accuracy of bra measurement is affected by breathing, posture, and how thin you are. Researchers suggest that bra-size measurement should take place over a well-fitted, unpadded, and thin bra. But most individuals are likely to be fitted in a shop while wearing their own bra, regardless of whether or not it fits well.

Bras produced by different manufacturers have inconsistent sizing, as there is no universal size chart or grading method. Unfortunately, bra fitters have varied experience, and there is no agreed level of competency or bra fit qualification.

The bra marketplace can be overwhelming and confusing. But, unlike shoes, breasts change size, shape, and position throughout the menstrual cycle and throughout life. So bra size can change regularly. Despite this, there is limited guidance for customers to assess their own bra fit.

Our research team works with most of the lingerie companies around the world to offer a scientific, evidence-based approach to bra development. We use 3D scanners and biomechanical technology to understand bra fit.

Our approach to bra fitting is not to rely on the tape measure to establish bra size, but to educate consumers and give them the power to assess their own bra fit. We have used our 13 years of experience in breast and bra science to develop an evidence-based bra fit video to help viewers forget about bra size and focus on the five simple steps to a good fit.

This simple checklist could help millions avoid bra-related health problems, and it’s as simple as forgetting your ABC.

Joanna Wakefield-Scurr is a Professor of Biomechanics at University of Portsmouth. This article was originally featured on The Conversation.