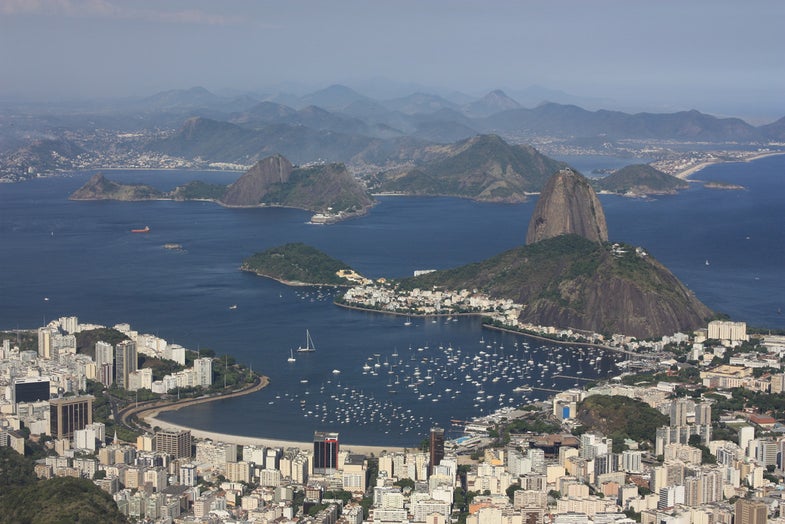 As if competing in the Olympics wasn’t hard enough, athletes now have another thing to keep in mind as they hit the Rio waterways. When they lock in for their races, health experts urge them now to remember to keep their mouths closed.

That may not seem like a big deal, but something as small as altering how you breathe during competition can throw off years of training. Unfortunately, it’s something they’ll all have to do to try to avoid the terrible sickness that may come from spending time in or on the water.

The Rio Olympic Committee and the Brazilian government, which have known since 2009 that this year’s Olympics would happen in Rio, promised to clean the water pollution but have fallen short in their efforts. In the coming weeks, “foreign athletes will literally be swimming in human crap, and they risk getting sick from all those microorganisms,” Dr. Daniel Becker told The New York Times.

Not even high-tech unisuits can help the U.S. rowing team as they and other water athletes will be exposed to waters with high levels of fecal bacteria, enteroviruses, rotaviruses, and adenoviruses, according to Wired.

Marathon swimmers, rowers, sailors and windsurfers will all be affected by the disgusting waters of Rio, though these areas somehow meet World Health Organization (WHO) safety standards. According to The New York Times, it’s because windsurfers and sailors will only have “limited contact with potential contamination.”

The WHO and the Olympics Committee don’t seem to have a grasp on the risks that come from being on the waterways, as water splashes and sprays in all of these sports. All of these swimming and non-swimming athletes are at risk and have to be even more aware of the constant bombardment of water during competition.

Many athletes have worked on being mindful of their mouths during practice sessions, according to The New York Times, but members of both the Spanish and Austrian sailing teams have already suffered from gastrointestinal illness.

Let’s just hope these athletes can keep their heads above water and stay healthy despite the risks in Rio.