The First Step To An Artificial Womb 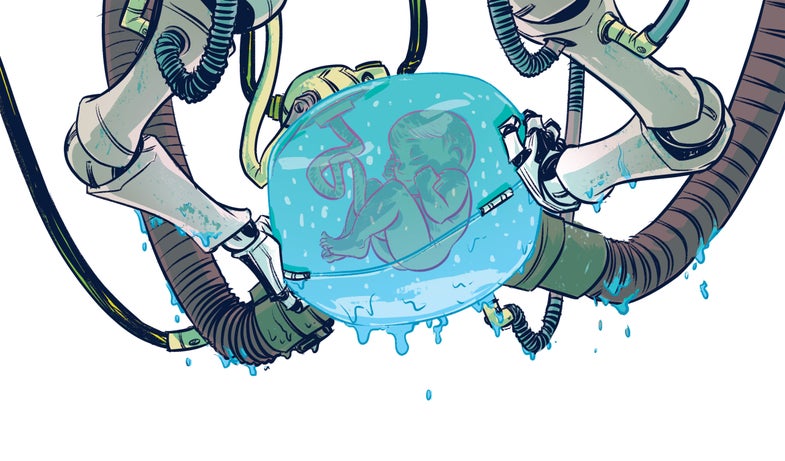 The first 13 days following human conception have mostly remained a mystery to science.

It is all but impossible to observe: Since pregnancy hormones are too low to register a positive test, it’s hard to know if a woman is pregnant, and without looking into the womb, we can’t watch fertilized eggs grow. We broadly understand the process—the embryo (a mass of cells known as a blastocyst) sheds its outer layer and implants in the uterine lining.

In May, though, researchers from Rockefeller University were the first to watch—and raise—human embryos in the laboratory for 13 days (the maximum ethically allowable amount). The Rockefeller researchers grew one in a lab by giving it insulin and other nutrients—no lining necessary. This demonstrated an embryo itself contains the genetic instruction manual for its development, and it isn’t shared with the mother (at least not initially).

That promises new models for human growth, and insights into failed pregnancies. While the research doesn’t mean we can grow babies in a lab, it hints at a future where human wombs might be optional.