Ice and frost on airplane wings can ground flights and potential cause dangerous flight conditions. On wind turbines, icy blades can hamper efficiency. Removing frost is time- and energy-intensive, so researchers have been trying to find a better way for years. And the latest in that quest was inspired by the Stenocara desert beetle. 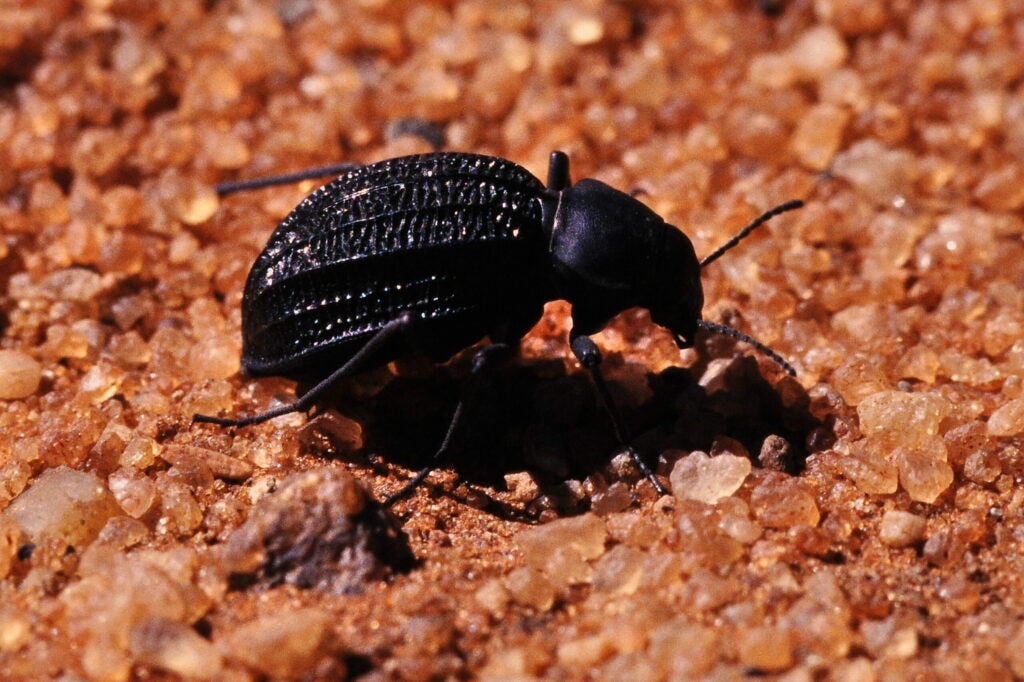 A little beetle that lives in the hot, dry Namib Desert has a surprising talent for harvesting water right out of the air. It does so with a bumpy shell. The bumps on its back draw moisture from the air, which then forms little droplets. And the bug’s sides are smooth, which channels the collected water into the beetles mouth. It’s a pretty ingenious construction. And that’s why researchers were inspired by such a system when they were trying to better understand frost.

In a paper published in Scientific Reports on Friday, researchers at Virginia Tech and Oak Ridge National Laboratory describe how they used photolithography to control, and even prevent frost.

While a beetle in the desert is harvesting liquid water from moisture in the air, frost occurs when the humidity turns directly to ice. The researchers found that frost forms across a surface using ice bridges. When one droplet freezes, it sets off a chain reaction, and the nearby dew drops feed the ice as it grows across the surface. So, in taking a page from the beetle’s play book, they decided to test out a method for controlling the formation of frost by placing hydrophilic dots far away from each other. When the dots are placed far enough, the ice bridges can’t form, and frost is slowed from spreading, or stopped altogether.

They tested this out on a small, centimeter-size surface, but believe it could be scaled up, which could bode well for those larger frost-prone surfaces.