The designer breaks down the intersection of fashion and science 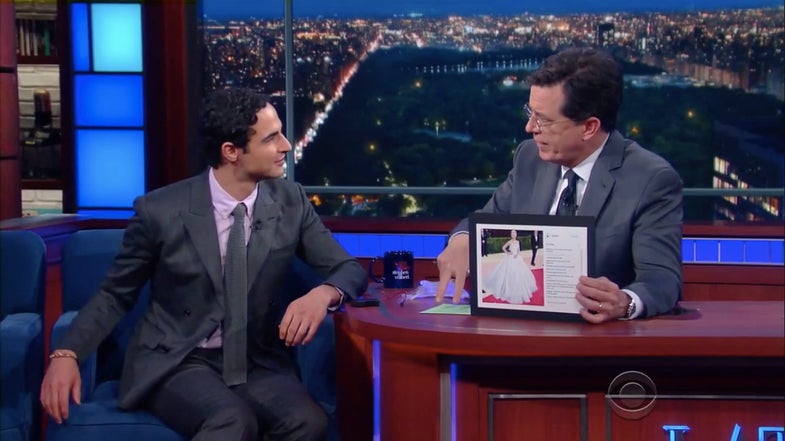 Zac Posen created a beautiful and technologically advanced dress for actress Claire Danes. At this year’s Emmy Awards she appeared in a fiber-optic lit creation that stunned the world.

But Posen said on Colbert that while his design caught eyes, it’s not even close to the first time that technology and fashion have made great bedfellows.

Posen, who is quickly becoming our favorite designer (we’re not a fashion site, okay?), went on to explain the developments in loom technology that would more than a century later be the basis for how the first computers operated.

The Jacquard Loom, which helped streamline the textile-making process, is a technology you don’t hear about much anymore, since it was invented at the start of the 1800s. But Posen explained to Colbert that it was the loom’s punchcard technology that was later applied to player pianos, and eventually to the first computers.

Take a look starting around the 3-minute mark: