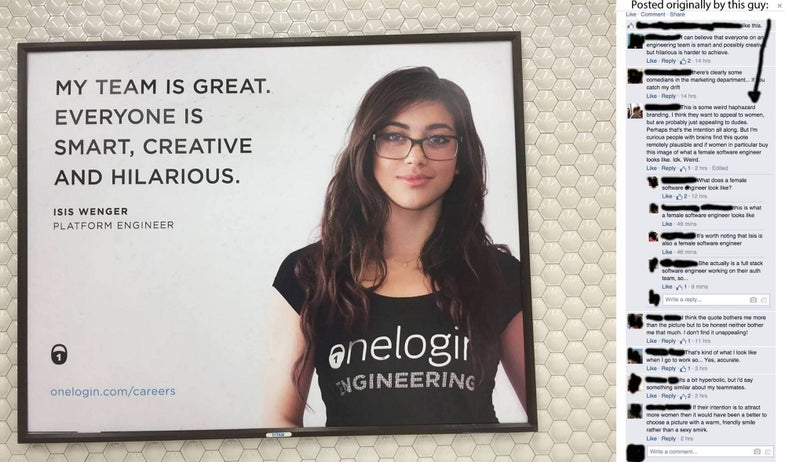 It all started with a recruiting ad for a tech company, OneLogic, seen in transit stations in the San Fransisco area. It featured a woman in a black t-shirt and glasses against a white background, with a positive quote about the team she works with. Innocuous enough. But then people started commenting about the ad on social media. One Facebook user said: “But I’m curious that people with brains find this quote even plausible and if women in particular buy this image of what a female software engineer looks like.”

The woman in the ad, Isis Anchalee, doesn’t have to buy anything. She is a software engineer with the company that put up the ad. In a blog post about the experience she writes:

There were engineers from NASA:

Engineers that have been doing this for a while:

And engineering students just starting out:

Engineers that work for huge corporations:

The hashtag is still going and gaining more incredible pictures all the time. The movement comes in the wake of other, similar Twitter hashtags, including #distractinglysexy in which female scientists posted pictures of themselves at work after Nobel prize winner Tim Hunt made sexist remarks to a room of science journalists.