How to get your kids on a healthy sleep schedule 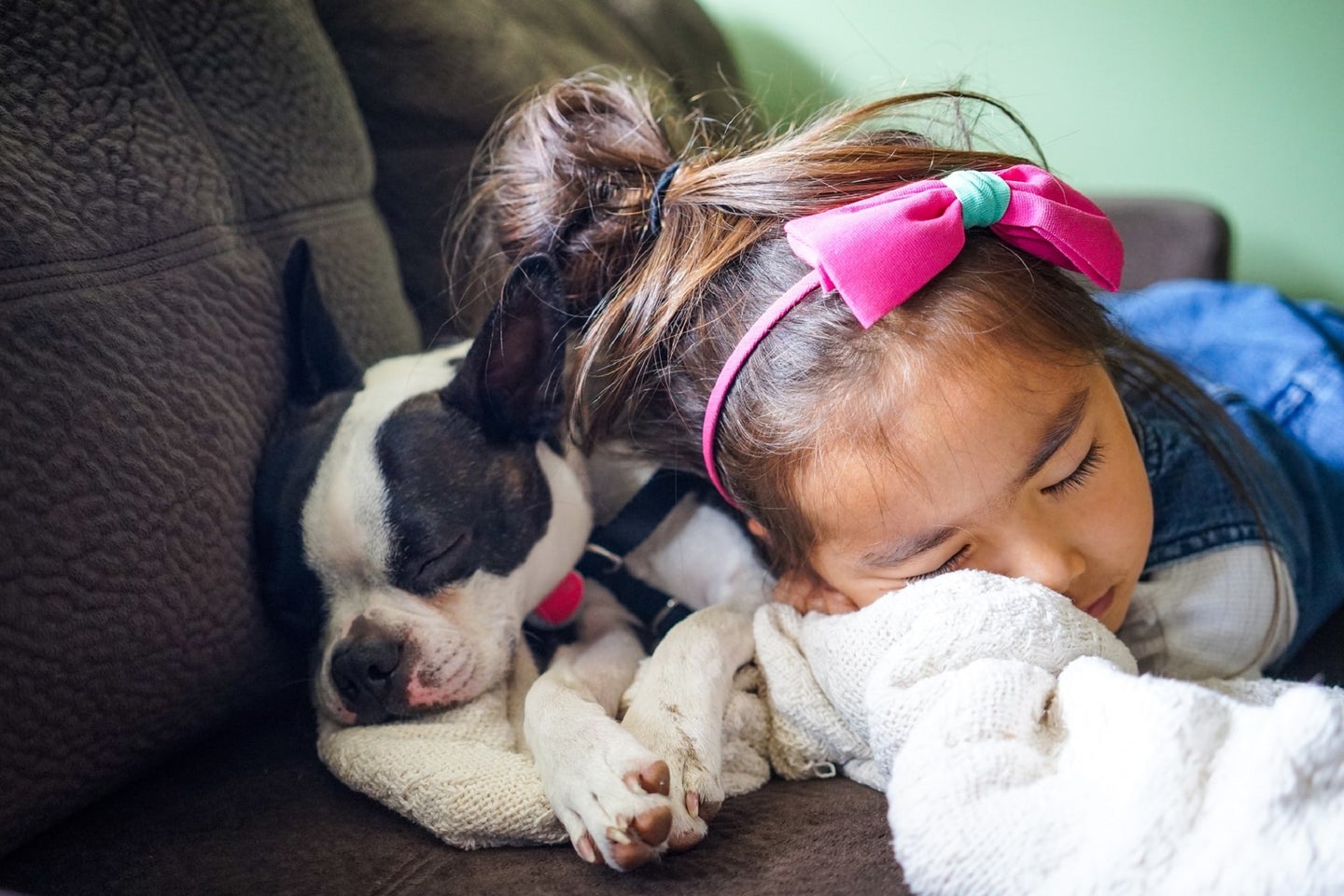 Your kid might reach for a stuffed animal (or a live one) as they practice getting the right amount of shuteye. Leo Rivas/Unsplash
SHARE

Along with eating and breathing, sleeping is one of the most important functions of the human body at any age. We can only go so long without sleep (the longest recorded case of someone voluntarily staying awake is 11 days)—but even on a daily basis, we struggle to rest for big blocks of time. And that includes children too.

According to one analysis by the Centers for Disease and Control, as many as 57 percent of middle schoolers and 72 percent of high schoolers may not be getting enough shuteye. That’s bad news, given that “sleep is linked to neuroplasticity, memory, and learning,” says Catherine Kier, director of the Pediatric Sleep Disorders Center at Stony Brook Children’s Hospital. Getting kids on a solid sleep schedule can help them stay healthy and engaged for years to come.

What happens when we sleep

A good night’s rest consists of 90 to 120-minute cycles, each made up of four stages. Most people repeat the full sleep cycle 4 to 5 times an evening. The first two stages are relatively light, and involve gradually slipping deeper and deeper into sleep. The third stage is a deep sleep, and involves little to no eye or muscle activity. According to the National Sleep Foundation, this is the restorative stage, where our bodies repair themselves and promote growth and immunity.

The fourth stage of sleep is the one experts call rapid eye movement, or REM sleep. This is the stage in which our brains consolidate and process new information to retain in long-term memory, the National Sleep Foundation says. It’s also the one in which we dream. Proper REM also helps maintain concentration and mood—both of which are critical to success in school.

Risks of not getting enough sleep

Jeaninne Jannot, a former school psychologist and author of The Disintegrating Student, adds that students can wake up in a state of “sleep inertia” due to inadequate rest. This is a period of extreme drowsiness and impairment where all the person wants to do is go back to bed. It can last anywhere from a few minutes to a few hours, meaning that students may be going to school and trying to learn in this state.

If kids are driving to school, that drowsiness can have real consequences beyond their education. Lynelle Schneeberg, author of Become Your Child’s Sleep Coach and fellow at the American Academy of Sleep Medicine, says that driving when tired or groggy can be as bad as driving drunk. In fact, research from the National High Traffic Safety Administration shows that in 2017 alone, there were 9,000 car crashes, 50,000 injuries, and 800 deaths involving drowsy drivers.

But before we can solve the problem, we need to diagnose it first. Some of the most common reasons kids aren’t getting enough sleep include too much screen time, natural changes in circadian rhythms that conflict with early class times, and overconsumption of caffeine. Jannot adds that the achievement culture around school pushes kids to deprive themselves of sleep to fit in more tasks. Whatever the reasons, it’s clear that sleeplessness is a problem.

How to help your kids sleep better

If your kids are struggling to fall and stay asleep, or need to adjust their nightly schedule, there are several ways you can help.

Start with waking up

“Focus first on rise time. This is the anchor of bedtime,” Schneeberg from the American Academy of Sleep Medicine says. The earlier your kids wake up, the earlier they’ll likely get tired at night. And wakeup time is where you have the most control. You can throw the curtains open and help your kids wake up in the morning, but you can’t shut their brains down and make them fall asleep after dark. Adjust your children’s wake-up times gradually, Schneeberg says, by setting the alarms 15 minutes earlier until their bodies have caught up to the schedule.

It’s also important to note that people, and kids especially, wake up best with what Schneeberg calls “clock setters”: sunlight, activity, and food. Get the little ones out of bed and have them run around outside in the sun for a few minutes before breakfast. This combination can help their bodies adjust to the new wakeup time.

Once your kids have turned into early risers, start working on the other half of the schedule. Having a consistent bedtime routine trains the body and the brain into winding down at the same time each night, Schiff, the clinical psychologist, says. This regimen could include everything from taking a bath and brushing teeth to reading a book or saying prayers at night. What’s important is activities that are calming and consistent—it can take weeks for a new routine to really take hold.

Every expert we talked to said that screens are one of the biggest reasons that kids lie awake at night. Jannot, the former school psychologist, recommends putting devices away 30 to 60 minutes before bedtime, because “blue light [emitted by the screens] confuses tge brain and doesn’t allow melatonin production.” What’s more, the activities on phones, computers, and TVs are often detrimental to sleep. Video games, social media, work, and other responsibilities can all raise stress levels and make it harder to drift off.

Don’t try to catch up on weekends

Families that rack up sleep deficits during the week may try to catch up on missed sleep by staying in bed Saturday or Sunday morning. But it’s best not to let a kid push an hour past their normal wakeup time, Schiff says. Studies show that sleeping in on the weekends doesn’t make up for missed shuteye during the week. It might even disrupt natural body rhythms and make it harder to stay on schedule.

Model the sleep habits you want to see

As with so much in parenting, modeling good behavior is one of the best ways to instill healthy practices in children. As such, Kier says that guardians should serve as sleep role models for the rest of the household. When adults follow healthy sleep habits and avoid glorifying the lack of rest, younger people will be more likely to follow suit.

One of the major drivers of sleeplessness, particularly in teens, is the sheer volume of responsibilities in a day. Between school, homework, friends, sports, extracurriculars, and even jobs, it’s no wonder so many high schoolers report not getting enough sleep. We need to help our children set realistic expectations for what can be done in a day, and choose and prioritize activities that don’t require sacrificing something as biologically important as sleep. Schneeberg recommends having frank, honest conversations with kids about the biological, social, and educational importance of sleep, and the dangers of not getting enough. Explain how they’ll have a better chance of hitting their goals if they’re well-slept—that may be all the motivation they need.