The inactivated version of the polio vaccine used in the US doesn't infect people. 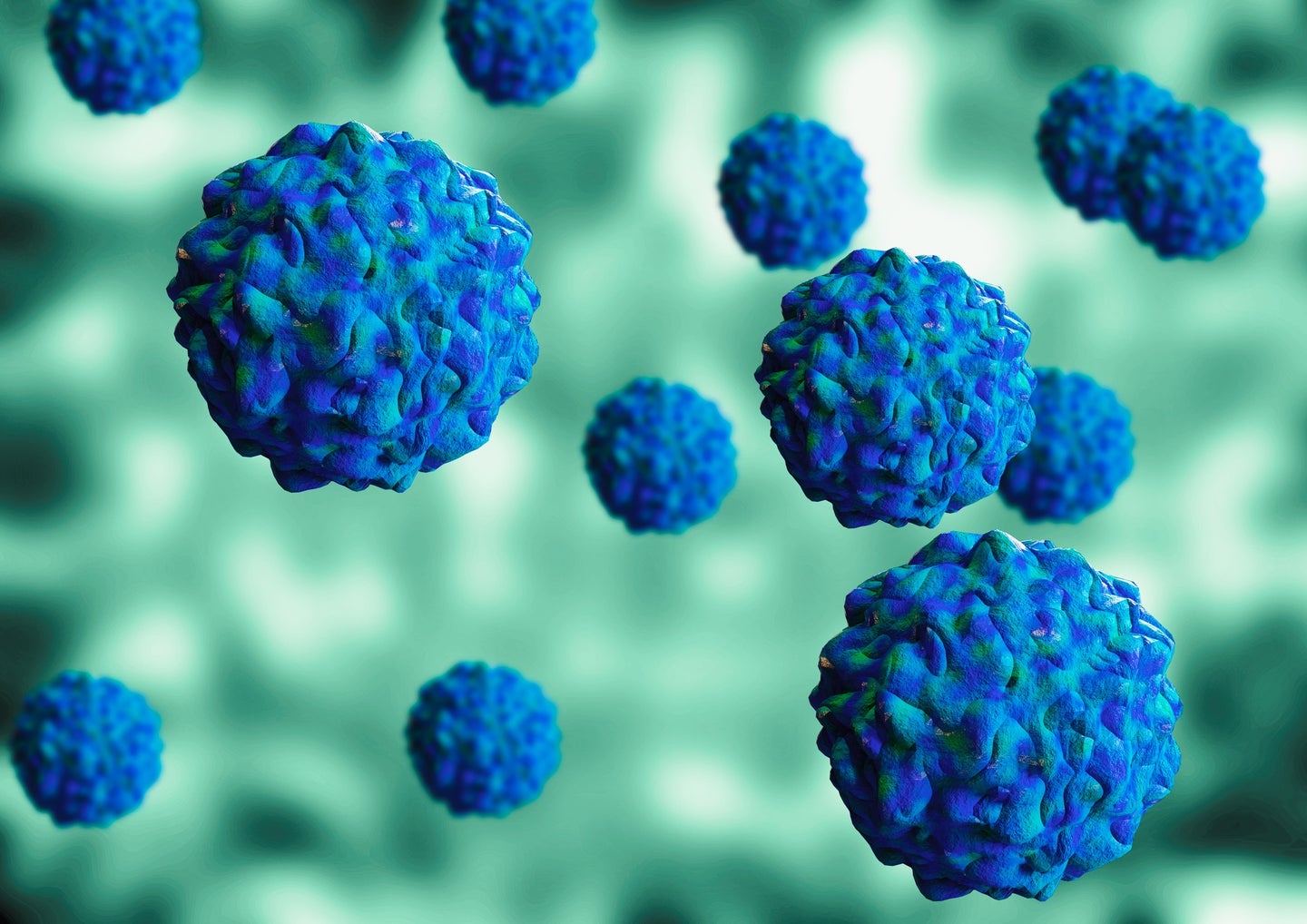 In the majority of patients, poliovirus only causes flu-like symptoms. But if it attacks the central nervous system, it could cause paralysis in both infants and adults. Deposit Photos
SHARE

The US has detected its first case of polio in nearly a decade. On July 21, public health officials confirmed that an unvaccinated man in Rockland County, New York, had developed polio after using a banned version of the vaccine for the virus. Traces of a similar form of polio have recently been reported in other countries, such as the United Kingdom.

“We are monitoring the situation closely and working with the New York State Department of Health and the Centers for Disease Control and Prevention to respond to this emergent public health issue to protect the health and wellbeing of residents,” Patricia Schnabel Ruppert, the Rockland County Health Commissioner, said in a press release.

The poliovirus is a highly contagious and deadly disease that has devastated humanity for centuries. No one knows when the first cases began. However, historians have found early evidence of polio-like symptoms in ancient Egypt, where hieroglyphics depict a man with a weak leg who cannot walk without a walking stick. It wasn’t until the late 19th century when the US saw polio outbreaks.

[Related: From the archives: A polio vaccine was finally on the horizon]

The virus can enter the body through the mouth from a number of sources, including contact with an infected person’s feces through contaminated food or water. While less common, droplets from the sneeze or cough of an infected person can also spread the virus. It mainly targets children below the age of five.

About 25 percent of people infected with polio will develop flu-like symptoms such as a sore throat, fever, stomach pain, and a headache for two to five days. Nearly 75 percent of people will have no visible symptoms. As it spreads through the body, the poliovirus can attack the brain and spinal cord, causing permanent damage. One in every 200 polio infections leads to paralysis, and about five to 10 percent of people paralyzed die because the muscles involved in breathing become immobilized as well.

By 1940, polio caused paralysis in nearly 20,000 people living in the US (including, famously, President Franklin D. Roosevelt). But in 1953, Jonas Salk discovered a polio vaccine that helped drop the US caseload to just 6,000 four years later. By 1979, the states were polio-free, although the disease can come back if someone is unvaccinated and exposed in a country with polio outbreaks or to a population that relies on the oral vaccine.

The recent polio case in New York, occurred in an unvaccinated young adult. While the person is no longer contagious, they have become paralyzed. Health officials believe the patient contracted the disease after taking an oral version of the vaccine that uses the live virus. Since 2000, the US has been using an inactivated injectable vaccine with a dead virus that trains the immune system to recognize and destroy the pathogen. However, some countries still use the live attenuated vaccine, which delivers a weak but viable polio virus to create a lasting immune response. With this treatment, there is a small risk of the virus mutating and infecting  others. “It mimics natural infection, and people shed the virus, the vaccine virus, and that spreads to other people, and then they get immunized that way,” Amesh A. Adalja, senior scholar at Johns Hopkins Center for Health Security, explained to the New York Times.

“If there are unvaccinated communities, it can cause a polio outbreak,” Walter Orenstein, a polio expert at Emory University, told Stat News. “The inactivated polio vaccine we have is very effective and very safe and could have prevented this.”

The Centers for Disease Control and Prevention recommends all children get vaccinated with four doses of the inactivated polio vaccine starting at two months of age. Unvaccinated adults can get a routine series of the polio vaccine with their family doctor as well. Adults that were immunized during childhood but are at an increased risk of polio exposure are eligible for a booster dose.