Why are kids’ immune systems different from adults?

Here's what it takes to develop a COVID vaccine for kids. 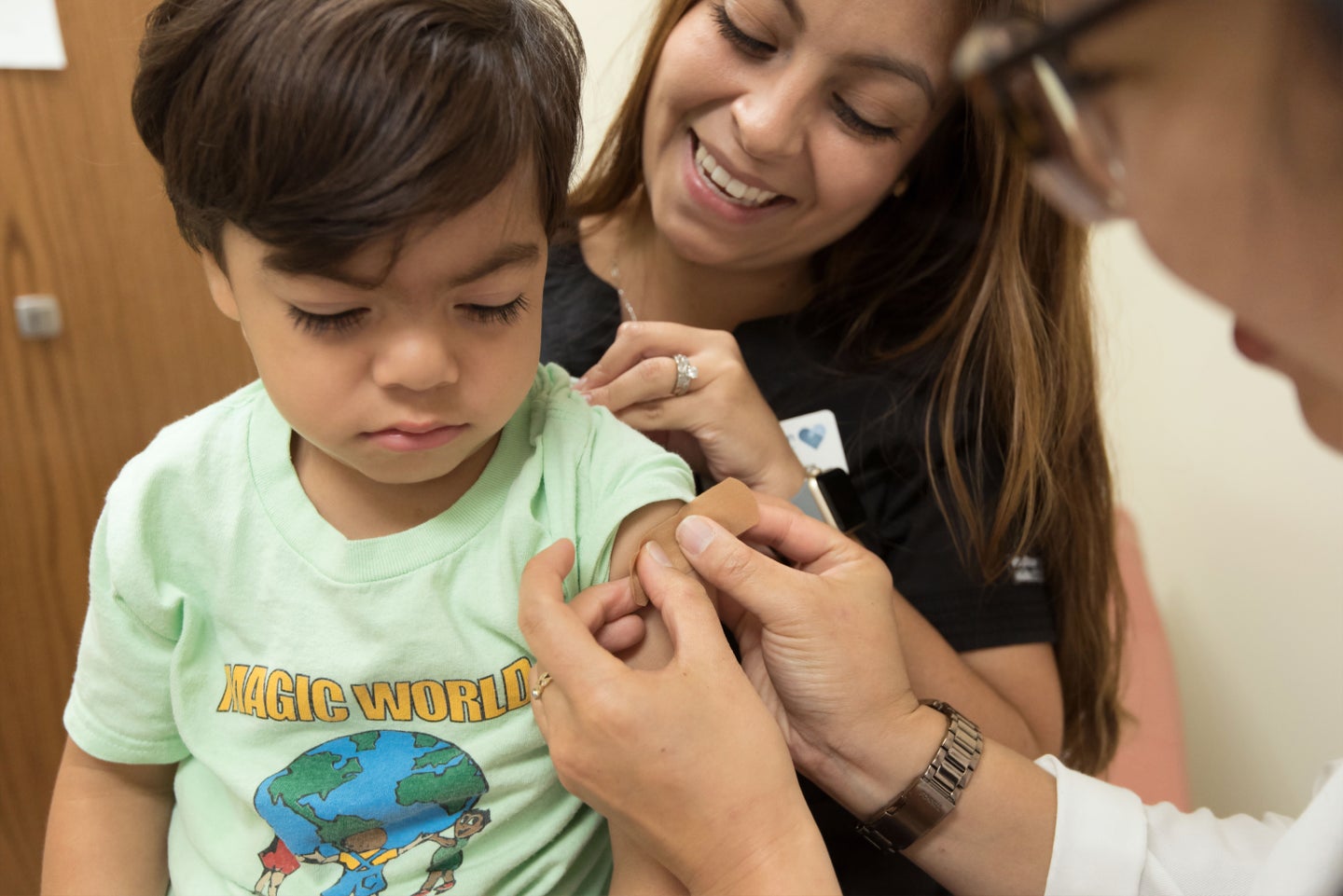 Children's trials for the COVID vaccine have taken nearly a year longer than those of adults. Photo by CDC on Unsplash
SHARE

Nearly a year after the first COVID-19 vaccines were authorized for use, the United States is on the brink of expanding eligibility to the last group of unvaccinated Americans: young children.

Pfizer’s vaccine for children between the ages of 5 and 11 is likely to be approved by the CDC as early as next week, and based on historical patterns, Moderna’s will probably follow a few weeks later. And vaccines for toddlers and really young kids are just over the horizon. Pfizer spokesperson told PopSci over email that the company’s data on six-month to five-year-olds could come before the end of December.

But why have the vaccines for children lagged so far behind those for adults? The answer has to do partly with the immune systems of kids, and partly with the requirements of running a vaccine trial on children.

The immune system of preteens, and especially toddlers, work differently from those of adults. “Children are not just like little adults,” says Genevieve Fouda, who researches pediatric vaccines at Duke University, “where you can just take something from adults and transport it to children.”

One tip-off to that fact? Kids have largely been spared the worst outcomes of COVID, which many researchers think may have to do with their immune response.

A couple theories have been floated to explain this, but they are for the most part speculative. One is that kids’ immune systems are set up differently than those of adults. While adults rely more heavily on adaptive immunity—neutralizing antibodies and T-cells tuned to the new virus—kids appear to lean on innate immunity, involving the cells of the respiratory tract itself.

[Related: Pfizer’s data on COVID vaccines for young kids has some important footnotes]

That could mean they’re better at handling a novel virus out of the gate, which would be important because some of the worst COVID outcomes in adults seem to be related to adults’ delayed innate reaction to SARS-CoV-2, and the runaway immune response as the body plays catchup. In other words, adults may get sick as their immune system overwhelms a virus that’s slipped into the castle, while kids are able to contain the invaders at the walls.

Still, says Fouda, the antibodies and other adaptive responses that a vaccine triggers can only help. Whether adults and children have a different response to the virus before a vaccine, “the important response seems to be comparable in children and adults, and so there is no reason to expect the vaccine will not be as protective in children.”

As advisors to the FDA pointed out on Tuesday, more than half of all pediatric COVID hospitalizations have involved a child with a pre-existing condition. And that gets at another theory of why children are less likely to die of COVID—they’ve had less time to stack up another health condition. That’s not to discount those hospitalizations, but to stress the fact that vaccines are playing a slightly different role in children than in adults: they’re likely to shore up the defenses of the vulnerable. And it’s part of why FDA advisors expressed some reservations about recommending vaccines for all children on Tuesday, and discussed limiting them to only kids with serious health conditions.

Because COVID’s risks to kids are smaller, vaccinations for this group have been viewed differently. That was evident in this week’s FDA advisory meeting, where advisors focused heavily on safety. The thinking was that if the risk of severe COVID-19 in kids is small, rare risks of vaccination might outweigh their benefits.

The doses for children are smaller than those for adults: Moderna has given a half dose to 6 to 11 year olds, and a quarter-dose to younger children, while Pfizer is using a dose that’s a third the size for 5 to 11 year olds, and a tenth the size for younger children. According to Daniel Hsia, who is leading a local wing of the Moderna children’s trial at Pennington Biomedical Research Center at Louisiana State University, that’s the result of dose testing in Phase Two trials.

“They have done these studies to see, stepwise, how much antibody production is going to happen at certain doses,” he explains. The goal is to find a dose that will produce comparable levels of antibodies in children as in adults, while minimizing side effects. (So far, Hsia says that he hasn’t seen any different side effects than in adults: arm soreness, body aches, mild fever.)

Figuring out that dosing is part of why developing a kid’s vaccine has taken longer. But there’s also the fact that recruiting kids is just harder. Parents may have concerns about side effects, or might not be able to bring their kids in between work and school. Because of that, the children’s trials are much smaller: Moderna has about 7,000 children enrolled in its trial, compared to 30,000 in its adult trial.

That doesn’t necessarily slow down the process. The children’s trials differ slightly from those of adults in that they aren’t necessarily looking for the actual number of infections spotted in participants. That’s because the adult trials already helped establish how effective the vaccine is. Instead, the kids’ trials are  meant to identify any safety issues (not all of which are vaccine related—the Pfizer trial notes that one child ate a penny after being vaccinated) and signals that the immune system is kicking into action.

“What’s nice is once you already have an established immune response that is known to be protective [in adults] and a level of that immune response that’s known to be protective, then every trial that goes forward from there can really use that as a benchmark,” says Sallie Permar, a pediatric infectious disease researcher at Weill Cornell Medicine. “And being able to have that benchmark is actually kind of like the Holy Grail of vaccine development, because then your trials don’t have to be as large, you can move on them much quicker.”

The biggest delay may just come down to the structure of trials on children. “For clinical trials,” says Hsia, ‘the general concept is that, especially for new vaccines, they have to be tested in adults first.” Except in cases where a disease only affects children, Hsia says that researchers don’t begin testing doses until adult trials have wrapped up safely. So the process may feel slow, he says, but it’s a signal that steps haven’t been skipped.

But Permar thinks the structure of those trials could be changed. “I was very distressed about how long it took us to get this vaccine to children,” she says.

She and a team of other vaccine researchers published recommendations for speeding up the process in the future, including starting trials on multiple age groups at the same time, rather than in series. What if the next emerging disease was the opposite of COVID, with kids most at risk, “and we still had to wait this long?” she asks. “That’s a lot of death and morbidity in children that could be avoided if we just thought more carefully about our clinical trials process.”