Following the endorsement, shots should become available to the general public within weeks. 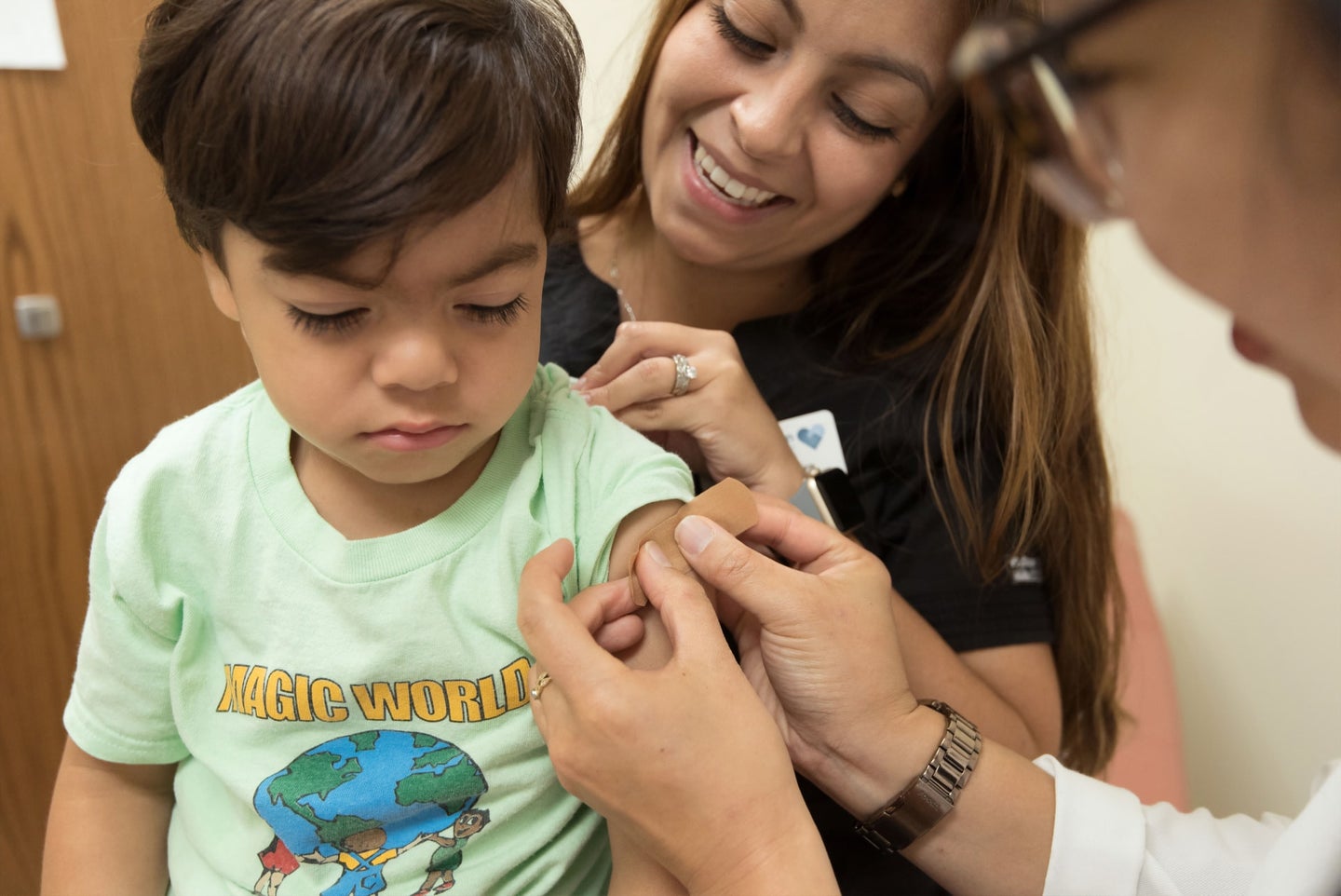 Kids under 5 should be able to get vaccinated against COVID within weeks. CDC
SHARE

On June 16, a panel of Food and Drug Administration (FDA) advisors unanimously recommended two COVID vaccines for children between the ages of 6 months and 5 years. The vote, which sets the stage for an emergency use authorization that will allow doctors and pharmacies to dole out the shots, should bring relief to millions of parents of young children who have waited a year and a half since the first adult vaccines were authorized.

The vaccines, made by Moderna and Pfizer, will go through three more steps before becoming available to the public: They need to be officially authorized by the FDA; reviewed by an independent panel convened by the Centers for Disease Control and Prevention (CDC); and finally approved by the CDC. The CDC panel meets on Friday and Saturday, so it’s likely that the shots will be distributed beginning next week.

Pfizer’s vaccine will involve three shots. The first two will be three weeks apart, while the third will follow eight weeks later. Moderna’s will consist of two shots administered a month apart. Clinical trials on the vaccines found that they reduce symptomatic illness by about 50 to 80 percent—but because children so rarely get sick from COVID, the exact efficacy is still fairly uncertain. Still, the advisors felt that the benefits outweighed the risks observed in the trial, which resembled those seen in other age groups.

Although the second Omicron wave has largely peaked in the US, FDA officials began the meeting by stressing the continued need to protect young children. As of May 28, 442 children under the age of four have died of COVID, according to those officials. While that’s a relatively low fatality rate from the virus compared to other age groups, it’s a toll that “compares quite terribly to what we’ve seen with influenza in the past,” said Peter Marks, director of the FDA’s Center for Biologics Evaluation and Research, in opening remarks. He noted that a bad flu season in 2009 to 2010 killed 78 young kids.

It’s important, he said, that “we don’t become numb to the number of pediatric deaths because of the overwhelming number of older deaths. … Each loss fractures a family.”

In spite of that urgency, it’s been about eight months since vaccines were authorized for children over the age of five, leaving out the next youngest group. The authorization has been delayed in part because children’s immune systems work differently than those of adults, which made it challenging to find an optimal dose.

But federal regulators have also drawn criticism for how they’ve approached the early clinical trial data. In February, after Pfizer presented the results from a relatively lackluster two-shot series to the FDA, the agency chose to wait and see if a third jab would make the entire treatment more effective. And in April, regulators decided to “postpone” a decision on Moderna’s emergency use authorization application to shepherd both vaccines through the approval process at once, with the rationale that it would confuse parents less.

Data presented at the June 16 panel clarified the February Pfizer decision. Two doses of the vaccine only reduced symptomatic illness in the younger population by 14 percent—a weak result, even ignoring the extremely high bar of 90-plus percent efficacy set by the adult mRNA vaccines. But with three doses, Pfizer has now increased the efficacy against symptomatic illness to 80 percent. Meanwhile, Moderna’s two-dose regimen showed a 40 percent reduction in kids’ chances of falling ill.

Side effects included headaches, rashes, and fevers—similar to those seen in adults. A few children ran fevers over 104 degrees Fahrenheit, though all cases passed within days. Still, high fevers in toddlers can cause symptoms—including convulsions—that don’t occur in adults. The trials didn’t detect any cases of myocarditis or pericarditis, the heart inflammation that has been occasionally spotted in adolescents, but the sample sizes were small enough that these conditions are not ruled out entirely.

Both of the efficacy findings are bracketed by huge amounts of uncertainty. While the companies included tens of thousands of participants in clinical trials for adults’ vaccines, they only had several thousand for each of the kids’ vaccines. At the same time, the trials only tested for COVID in kids who exhibited symptoms, even though 75 percent of COVID infections in children  are asymptomatic. Because efficacy is based on the number of observed COVID cases, investigators simply had fewer data points to work with, leading to less certain estimates.

Efficacy measurements in the Pfizer trial, for instance, were made based on seven COVID cases in the placebo group and three cases in the vaccinated group. Neither trial could estimate efficacy against severe illness, because no participants got severely sick.

But the FDA advisors were convinced of the vaccines’ efficacies, in part, because of the antibody levels in vaccinated children that participated in the trials. Those antibodies roughly corresponded to what’s seen in adults, and representatives for the companies said they believed the pediatric vaccines would confer similar real-world protection against severe illness.

The unknowns don’t mean the vaccines aren’t effective—it just means that until more data is collected, there’s no way to know if one brand is more protective than the other, or exactly how many COVID cases they’ll prevent in the general population.

[Related: Here’s why it’s hard to study a COVID vaccine once most people have been infected.]

The FDA panel was also explicit that they saw the data as preliminary, but that the need to make a pediatric vaccine available was too high to wait for more precise data again. Hayley Gans, a pediatric infectious disease specialist at Stanford University, said she anticipated a third shot being added to Moderna’s pediatric series as Moderna conducts further trials.

Both the panelists and company representatives talked through a series of follow-up questions being addressed by ongoing research, from whether additional shots will be needed, including Omicron-specific formulations, to the efficacy of the vaccines in immunocompromised children.

They also discussed one specific case from the Moderna trial in which a toddler experienced a high fever that led to a “febrile seizure,” a type of convulsion that some kids experience when their temperature goes above about 100 degrees Fahrenheit. Febrile seizures aren’t necessarily dangerous during the course of a regular viral infection, but investigators suspect the event was related to her first vaccination. Still, she recovered and completed the trial, and didn’t have a similar reaction to the second shot.

Given the missteps public health officials have already made in communicating the uncertainties of vaccines throughout the pandemic, the next challenge will be getting vaccines to kids who need them. According to polling by the Kaiser Family Foundation, one in five parents of a child under five says they’ll get them vaccinated right away. Nearly 40 percent say they’ll “wait and see.”