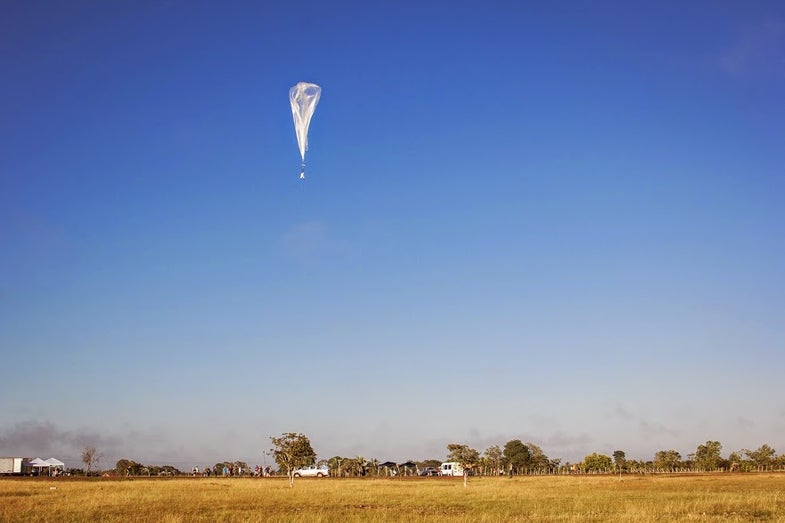 This weekend, the internet crashed in Chile. Well, in part of Chile. An internet-beaming balloon, flown in a test flight for Google’s balloon-based internet provision service called Project Loon, landed unintentionally in a farmer’s field near Los Angeles, Chile.

Google told the local press that the balloon was in a controlled descent, as part of a test flight. If so, great. Any system relying on objects floating in air will necessarily have to figure out what to do when they fall out of the sky. Chile’s civil aviation service is investigating the crash/landing site.

Project Loon is a deeply exciting project, with solar-powered balloons hanging out in the stratosphere and relaying 4G LTE internet to people who otherwise wouldn’t have internet access.