Your guide to YouTube Premium, Google One, and all the other stuff Google just renamed

If you rely heavily on Google apps, things might look a little confusing lately.

Google makes a ton of apps and it’s not shy about shuffling, renaming, or even closing them down. Right now, however, it seems like Google is excited about changing things up. Some changes, like the new Gmail layout, are an easy (and for now, an optional) adjustment, while others can get a little complicated.

Recently, for example, Google announced that YouTube Red was splitting up into two separate services with totally different scopes. And if you’re a Google Drive user, things also probably just got more complicated when it comes to desktop apps and storage plans. What the heck is File Stream and how is it different from Backup and Sync?

Here’s a quick look at a couple of the big recent changes in popular Google services.

You can be forgiven if you have no idea what YouTube Red actually was. A $10 monthly Red subscription granted you ad-free YouTube watching, as well as access to Premium content (which primarily consisted of YouTube stars making shows with higher production value). The primary features, however, were music-related. It let you download music to listen to later and play music in the background.

Now, YouTube Red is headed for the service graveyard and two new services are popping up in its place.

YouTube Music Premium is a new $10 per month service that removes ads from music videos (typical videos will still have advertising), allows you to listen to music from YouTube in the background while you use other apps on your phone, and download music to listen to when you’re offline. 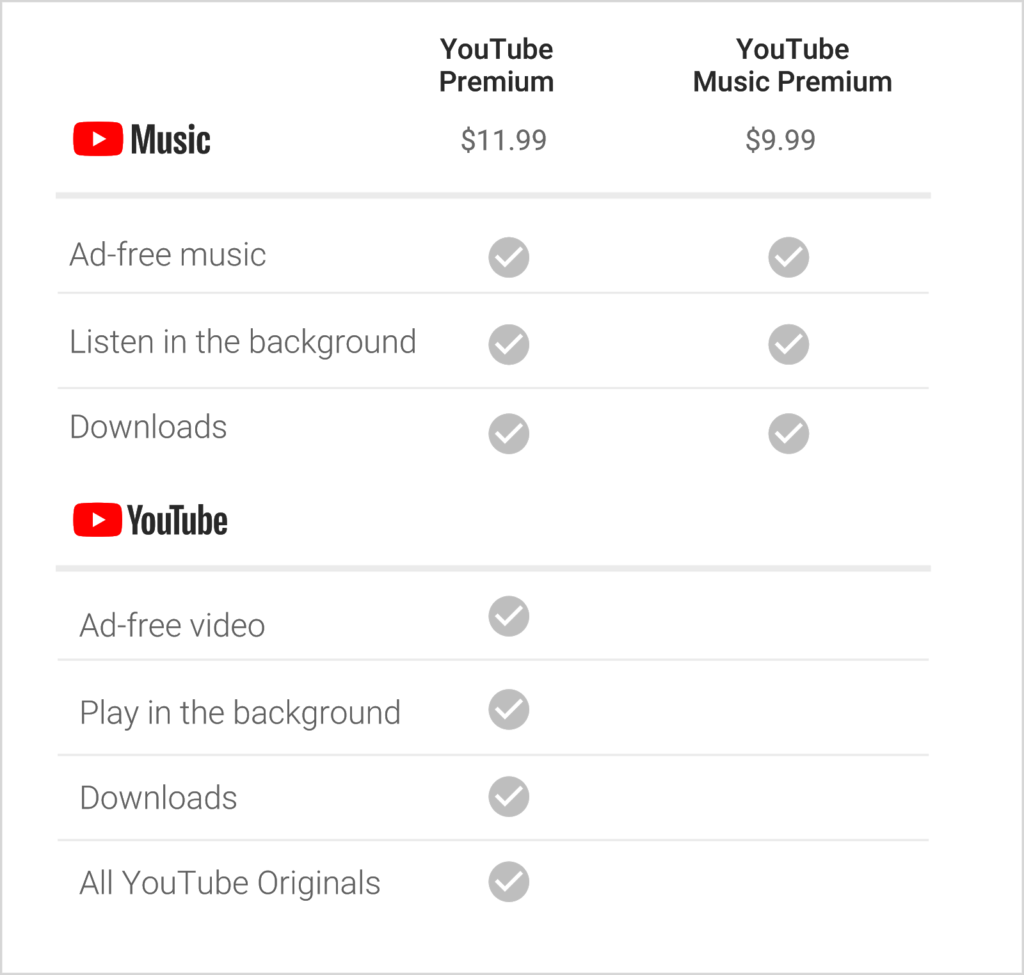 That extra $2 seems worth it if you’re already paying $10.

This is essentially a move to push up the price of YouTube Red by $2, while still keeping a $10 option for those who only want the music features. If you’re going to pay $10 for Music, it’s hard to imagine a situation where paying the extra $2 per month isn’t worth it if only to remove all the ads across the YouTube network. Then, there’s the promise of more original content, which has become a huge value proposition for services like Netflix and Hulu. Right now, the upcoming stable seems a little limited to warrant a price increase, unless of course you’re very excited about the new “Bring It On!” series.

Then there’s YouTube TV, which is Google’s cable-replacing “micro bundle” that includes live TV channels that you can surf, as well as a DVR function for $40 per month. This service is sticking around in its current form and will still get you YouTube Premium content, but won’t give you other YouTube Premium benefits like downloading videos or skipping ads.

If you already use Google’s Play Music streaming service, you will now get a subscription to YouTube Music Premium and nothing else will change.

Going outside the YouTube umbrella, Google also made some considerable changes to its cloud storage system, Drive.

As an added bonus for ponying up some cash for your cloud storage, Google will offer One customers real human customer service (instead of chat bots), and the ability to share your cloud storage space with up to five family members so you can pool your photos and other shareable data.

While the cloud storage plans are actually getting simpler, the ways in which you upload files to that space recently got more complicated.

The old Google Drive app for Windows and MacOS is now obsolete and the replacement situation is a little tricky.

If you’re a personal user, the Google Drive app has been fully replaced by an app called Backup and Sync. It works in a similar way, in that it gives you a simple path to upload and backup your files. It now integrates both Drive and Google Photos, though, so it will automatically grab and backup your picture and videos as well.

If you’re a G Suite user—you get your email from an organization like your job or your school—then the replacement is an app called File Stream, which serves a similar purpose to Backup and Sync. 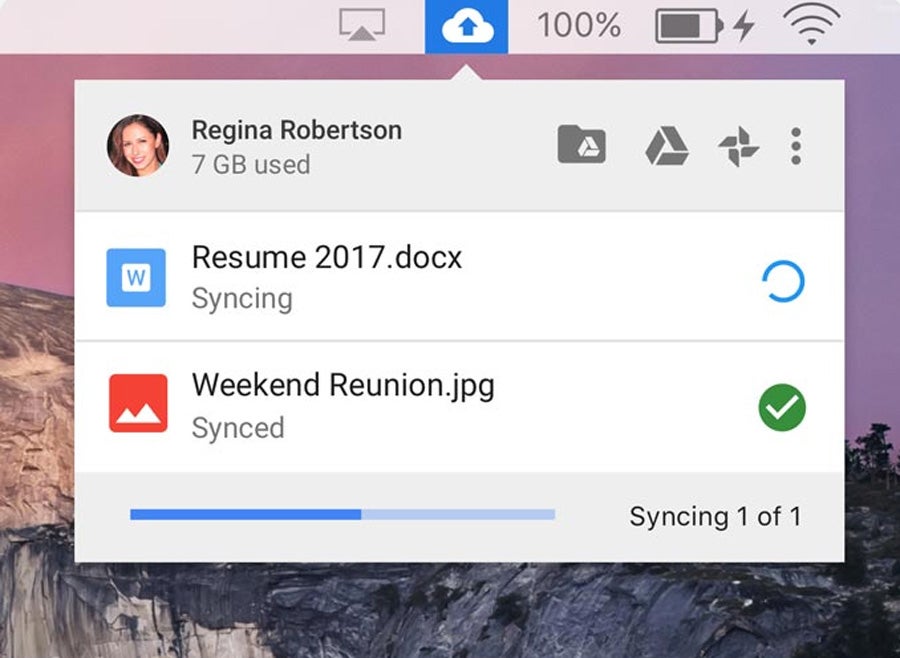 The old Drive app is obsolete.

Right now, getting both to work on the same machine at the same time to manage your personal and professional accounts can be challenging and confusing.

Of course, this part only affects you if you use a desktop app to upload your files. If you go through the web browser to upload your data, you should expect a redesigned interface that works the same but looks different. Google is already rolling out the new look to match the redesigned Gmail since the two are used together so often.

Here’s a breakdown of what each backup app can and can’t do. The caveat, however, is that only the functions that your administrator enables will be available in File Stream. So, if they don’t turn on Team Drive, you’re not going to get it.

Big shifts like this are a good time to take a top-level look at all the services and apps you’re currently using to see if an updated plan might make more sense for you. It’s also a nice reminder of just how much some of us depend on Google to do, well, pretty much everything.