The new iPads and Apple TV are up for preorder

You can get Apple’s biggest entry-level iPad refresh in years with day-one shipping, if you order today. 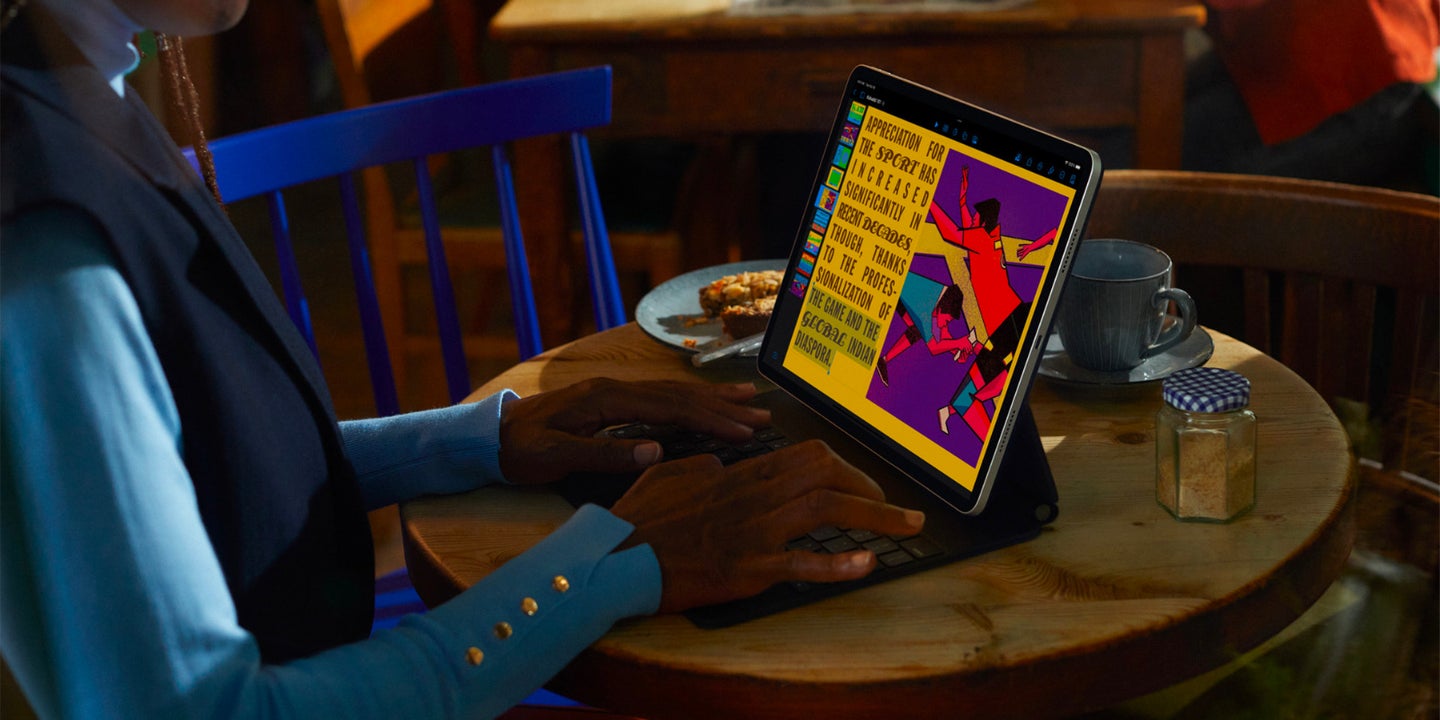 Apple revealed updates to its entry-level iPad, both iPad Pro models, and the 4K Apple TV via an Oct. 18 update to its online store. All three tablets are available for preorder now with launch-day delivery Oct. 26. The Apple TV will also arrive day one if you order now, but won’t be released until Nov. 4.

The 2022 iPad is a substantive update over the previous version of Apple’s entry-level tablet, bringing it more in line with the mid-tier iPad Air. This new 10th-generation model—available in blue, pink, silver, or yellow—has a 10.9-inch “Liquid Retina” display, which is .7-inches larger than the 9th-generation iPad due to its much smaller bezels. Apple has also integrated the tablet’s Touch ID fingerprint reader into the power button and replaced its aging Lightning charging port with the now-standard USB-C port. Also, iPad photographers everywhere can rejoice. This new model has a 12-megapixel rear-facing camera—up from 8 megapixels. And a 12-megapixel front-facing camera sits to the side of the tablet’s screen, moved from the top, which will make video calls feel more like they do on a laptop.

But the changes to this iPad aren’t just skin deep. It’s rocking Apple’s A14 Bionic processor, which should be a moderate step up in performance when compared with the A13 Bionic processor inside the previous-generation iPad. This is also the first regular iPad to support 5G networking, plus Wi-Fi 6. These are more moderate changes when compared to the iPad’s updated design, but they’ll help ensure the tablet will run new versions of iPadOS for many years to come. One unwelcome update to this iPad is its price: The 10th-generation iPad starts at $449, which is $120 more than the 9th generation. The difference is so stark that Apple is keeping the last-gen iPad around at its regular $329. Apple has typically replaced the iPad with a new one at the same price, but that’s not so this time. It remains to be seen whether Apple’s price bump will blunt the impact of this meaningful iPad update or not.

Apple’s updates to the 11- and 12.9-inch iPad Pros are modest, especially compared to how much work the company did to differentiate the 10th-generation iPad from the previous model. Both iPad Pros have the same adaptive 120Hz Liquid Retina XDR displays, ports, storage options, battery life, and prices as the ones they replace. In terms of connectivity, there’s still 5G support but the iPad Pros add Wi-Fi 6E (a more futureproofed variant one step above the regular iPad). The biggest difference is that the new iPad Pros run on Apple’s M2 processor—custom silicon that is 15% faster than the M1 and has 35% better graphics performance. This spec bump will primarily be noticeable to those who use the iPad Pro for resource-intensive tasks, like high-resolution photo or video editing, and gamers playing the latest titles.

The year-over-year improvements to the iPad’s processing power are solid, but the M2 enables some more interesting features. First, it lets the iPad Pros encode and decode ProRes video, so Apple upgraded the camera on both models to record in that format. Second, it enables a feature called Apple Pencil Hover, which allows the iPad’s display to detect the electromagnetic pulses transmitted by Apple’s stylus from up to 12mm (.47 inches) away. Digital artists can use this feature (enabled in iPadOS 16, which will ship with the new iPads) to preview the location of a brush stroke on an image before they set the Apple Pencil down, so they know exactly where it’ll go. It’s up to third-party developers to take full advantage of this feature, but it does enhance the iPad Pro’s chops as a drawing tablet.

The M2 iPad Pro is available for preorder at Best Buy, Amazon, B&H, and Adorama.

Apple’s late-2022 iPad updates have given budget-conscious customers another option when picking a tablet, while continuing to position the iPad Pro as a worthy laptop alternative. Time will tell if either of these strategies is successful. But this tablet refresh helps to clarify Apple’s intentions in this part of its product portfolio. Both tablets are designed for aspirational users who want to do more on their iPad than browse the Internet and stream content. We hope that in the future the iPad Pro will be available in fun colors and that the successor to the entry-level iPad sees a price drop to become even more accessible.

Need a way to cast the art you’ve been hovering over onto the big screen? The most surprising announcement from the hardware refresh was an update to the Apple TV 4K. Apple announced two new models with updated custom silicon—both featuring an A15 Bionic processor (up to 50% faster than the A12 Bionic found in the previous Apple TV)—as well as support for HDR10+, a new Siri remote that charges via USB-C instead of Lightning, and a fan-less design that cuts the streaming puck’s weight in half. The move from Lightning to USB-C is a welcome one, but Apple doesn’t include a charging cable for it in the box. While the two Apple TVs share a lot in common, there are a few key differences between them that are worth mentioning.

The entry-level Apple TV has 64GB of storage, lacks an Ethernet port for wired networking, and doesn’t have a thread radio, which means it can’t connect directly to smart-home accessories and act as a hub. The higher-end Apple TV has 128GB of storage, features a Gigabit Ethernet port, and a thread radio. These two new Apple TVs retail for $129.99 and $149.99 respectively, which is a price cut of $50 compared to the models they replace, and will be available Nov. 4.