The iPhone will soon be compatible with Enterprise email. Breathe, people 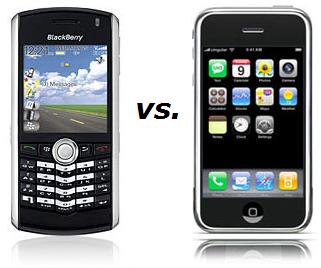 Yesterday Apple announced that its iPhone is soon going to be able to support company e-mail, which should give it a chance to challenge the all-powerful Blackberry as the device of choice for business folk. This is just one part of a larger plan to open the iPhone up to outside developers.

Just in case the prospect of putting together some iPhone software wasn’t alluring enough, a major Silicon Valley venture capital player announced that it’s going to put together a $100 million “iFund” for promising developers. But the corporate e-mail capability, and the challenge to Research in Motion’s Blackberry, could be the biggest news, as it may give Apple a better chance of hitting its target of 10 million iPhones sold by the end of 2008.