This Backpack Can Save You From An Avalanche

Plus, it's the only avalanche airbag that will save your life more than once 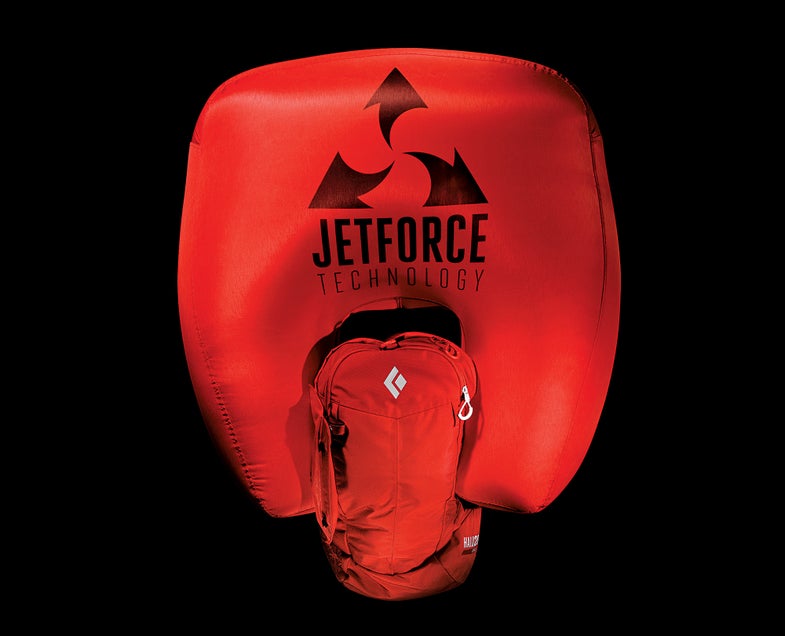 More winter adventurers than ever before are wandering off trails and deep into the backcountry. But hiking or skiing on the wrong side of a mountain, where safety teams might not patrol, comes with a higher risk of getting trapped in an avalanche. The Halo 28 JetForce pack features an airbag system that can keep a user on top of a slide—and still have enough juice left for three more rescues.

Before heading into questionable terrain, a user unzips the trigger handle from a pocket on the left strap and powers on the pack by pressing a button. In a slide, the user would yank the handle downward to initiate inflation.

A two-inch-wide fan on the left side of the pack spins at 60,000 rpm, filling the pack’s 200-liter balloon instantly. The fan pushes air into the balloon for one minute. It then pulses intermittently for two minutes to keep the balloon full (most avalanches last less than 30 seconds). 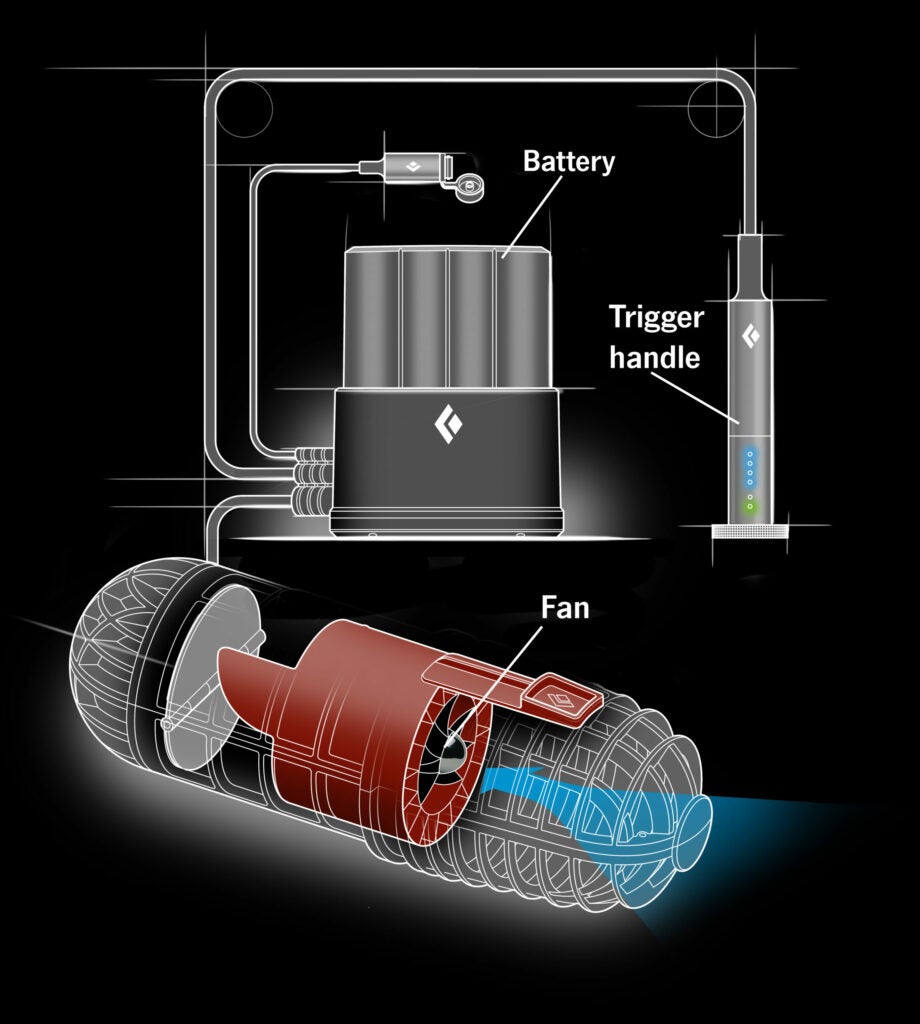 How It Works: Backpack

In an avalanche, smaller objects settle to the bottom of the slide, while larger ones rise. The JetForce greatly increases a person’s size so that he or she has a much better chance of floating to the top of the slide and out of harm’s way.

Designers made the balloon from silicone-coated nylon with mechanical stretch, which makes it less likely to rip than typical nylon models. If the balloon does tear, the fan is fast enough to keep it fully inflated.

After three minutes, the fan reverses to deflate the balloon. The rechargeable lithium-polymer battery can inflate the system four times. In harsher conditions—such as temperatures as low as –22°F—the battery can still deploy the pack once.