Google Should Include A Self-Destruct Button On Every Android Phone

Today at Google's I/O conference, stock Android seemed like a pricey luxury. Why? 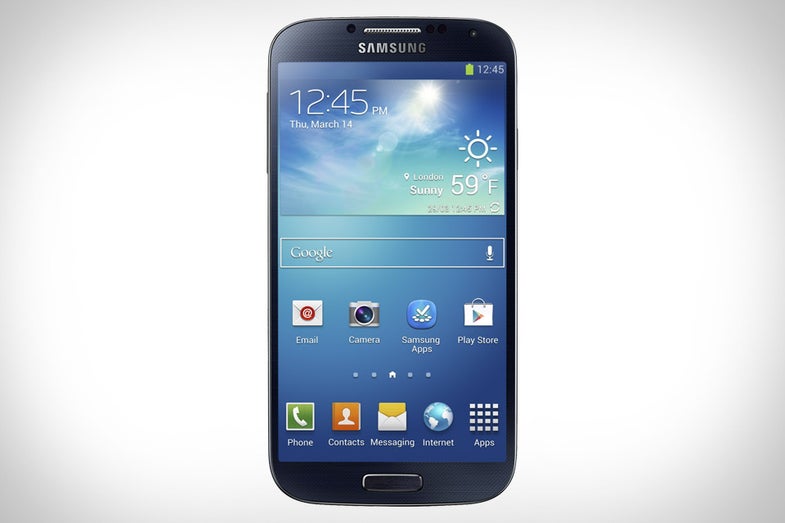 Today at the 2013 Google I/O conference in California, Google announced that the company would begin selling the Samsung Galaxy S4, the newest in the most successful Android phone line on the planet, themselves. When you buy a Galaxy S4 from your wireless carrier or a retail store, it comes with a skin called TouchWiz and a two-year contract. With Google, you’ll pay more, but you won’t get stuck with either the skin or the contract.

The developers in the audience cheered when Hugo Barra, the head of Android at Google, showed a Galaxy S4 with stock Android. Then the cheers died out, suddenly and awkwardly, when Barra noted the price for this special phone: $649. One person gave a sad whistle. Barra chuckled and changed the subject to the Chromebook.

The audience was excited because stock Android–the version of Android that comes on Google’s own Nexus devices, the so-called “pure” Android that is created with no input from any other company–is excellent. Google has spent years hiring some of the best user-interface designers in the business (they’ve poached several from competing companies) and turning Android into a streamlined and fantastically competent operating system. Hell, they even created their own font (it’s called Roboto, and it looks a bit like Helvetica). Stock Android is fast, clean, and simple–the best version of Android you can get.

The other benefit to stock Android is receiving updates quickly. Android is updated frequently, with major new versions arriving about once per year, but the only devices that receive those updates as soon as they’re ready are the ones with stock Android. If you’re using anything but a Nexus, you’re going to have to wait. The update might come in a few weeks, a few months, or it might just…never come.

The Nexus phones aren’t that popular; they’re sometimes sold exclusively through Google, and they never have the weight of promotion that a flagship Samsung, HTC, or Motorola phone has. According to the Guardian, the Nexus 4–the latest Nexus phone, which we ranked as the best smartphone of 2012–sold a paltry 400,000 units in its first quarter. Samsung shipped (not sold, but still) 6 million Galaxy S4 units in the phone’s first 15 days. If you have an Android phone, chances are you’re having an inferior experience. Check out our Galaxy S3 review for why–the hardware manufacturers who slap skins and features on their phones are just not as good at this game as Google.

What Google needs is a self-destruct button. A built-in way for any Android device to delete whatever skin it came with and revert to clean, cool stock Android.

The odd thing about this inability to revert is in the meaning and execution of “open source.” Android is open source, which means the hardware manufacturers are free to use it as they see fit, even if that means making it worse. But there’s a paradox in that the openness enables a lockdown. Google has been tentative, nervously promoting stock Android as if it’s an also-ran and not the default. “It’s Google’s version of Android,” said Barra. But shouldn’t that be the base? Shouldn’t every other version be a version of that?