By 2050, 74 percent of the world’s population will live in urban environments, according to a UN study. Swedish appliance... 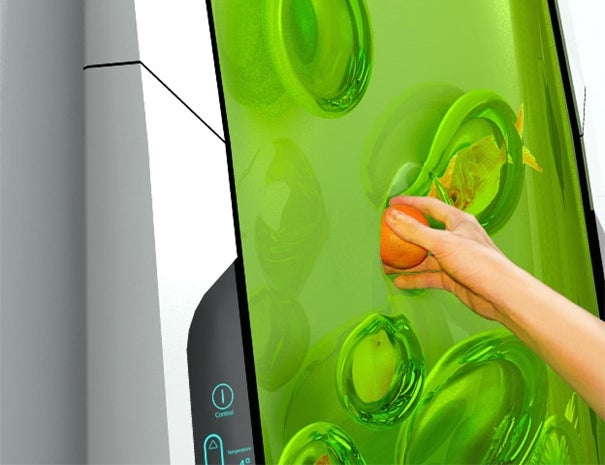 By 2050, 74 percent of the world’s population will live in urban environments, according to a UN study. Swedish appliance manufacturer Electrolux annually challenges industrial design students to invent home appliances for small domestic spaces. This year’s winners have just been announced, beating out an array of imagined household gadgets the Jetsons would envy.

Submissions addressed a wide range of household needs, from a closet that detects and removes clothing stains to a thought-controlled kitchen staffed by robots.

Although the contest accepts designs for appliances of all kinds, kitchen gadgets once again dominated the finals (last year’s winner was a food-generating microwave), and the first place prize went to the Snail, a smart battery-powered magnetic induction cooking device that sticks directly to the pot it’s heating. A refrigerator that suspends food in a polymer gel won second place and the People’s Choice Award, and a modular, multi-use kitchen shelf system came in third. The winner gets 5,000 Euros (about $7,300) and a six-month paid internship at an Electrolux design center. 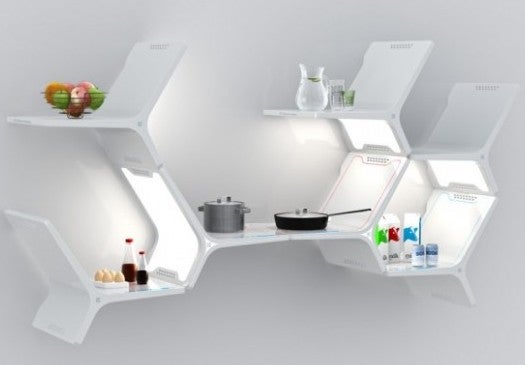 Taking third place is the Elements Modular Kitchen, an adaptive modular shelving unit that combines cooking, refrigerating, air conditioning and lighting into one wall-mounted appliance. Designer Matthew Gilbride envisions the installation of multiple units in entirely customizable arrangements, appointing refrigerator and stove-top space with the press of a button. Powered by wireless technology, each unit’s functions can be easily modified to create multiple work stations, condensing entire kitchens into a single wall display. 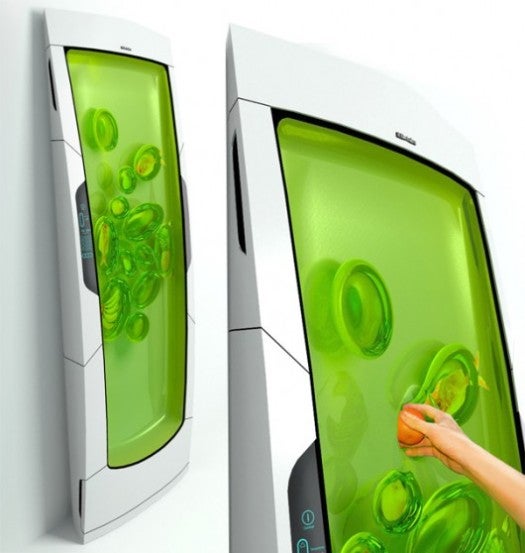 In second place is the Bio Robot Refrigerator, which replaces the clunky, space-wasting door and drawer-based body with a non-sticky, odorless polymer gel. The gel morphs around groceries, suspending them at their optimum temperature. This design eliminates the need for a motor, allowing 90 percent of the appliance to be spent on its intended purpose, and is four times smaller than a standard fridge. The suspension system is secure enough that the unit can be hung vertically, horizontally, or even from the ceiling. Russian designer Yuriy Dmitriev said he was inspired the “home-trees” in the 1954 sci-fi novel “The Houses of Iszm” by Jack Vance. The Bio Robot Refrigerator won the People’s Choice award by popular vote on the Electrolux Design Lab website. 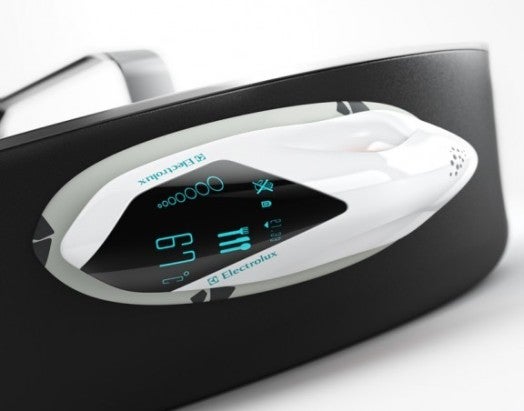 The winning design is Peter Alwin’s Snail, a portable heating and cooking device that can be stuck directly on a pot or pan, heating its contents by magnetic induction. When affixed to a conductive utensil, a high density sugar crystal battery heats a coil that disperses heat throughout the container. Integrated sensors detect the type of food being heated and automatically adjust the cook time and temperature, while users monitor the process on a simple, touch sensitive display. The small device could eliminate the need for conventional stovetops, and the Electrolux jury praised its versatility as a practical appliance for urban and remote areas alike. The National Institute of Design in India student’s first-place win comes with 5,000 Euros (about $7,300) and a six-month paid internship at an Electrolux global design center.