The Future of Your Wristwatch Isn’t a Phone (Yet)

What happens when a fantastical gadget appears in the flesh? 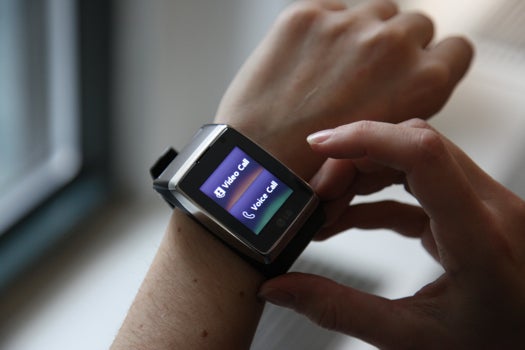 The goal of a watchphone is right in its name: make a phone small enough to wear. If success is rated on a scale of zero to Dick Tracy, aim to hit as close to the famed Two-Way Wrist Radio as humanly possible. And when we first saw the LG GD910 in January, we thought the mark had finally been hit (bring on the yellow trench coat!). And LG, of course, was not the only game in town; throughout the year, competitors unveiled their own wrist-bound beauties, and it seemed like the gadget-lover’s fantasy was about to go mainstream. We put two current watchphones to the test to find out.

At first (second and third) glance, there’s plenty to love in the idea of a watchphone — and there’s even more when you see how beautiful the LG’s design is. It’s a sleek window into a fully integrated future in which we don’t carry our technology, but it becomes a seamless part of what we wear every day.

But does the device we’ve been waiting for for nearly 50 years live up to the dream? There’s only one way to find out; call ’em in. I spent a week each with the LG GD910 and the Kempler & Strauss W Phonewatch. And, if you wanna know what happens when you actually have to use a watchphone, if you really wanna know I’ll tell you right now: Watchphones (brace yourself) are one fantasy that should stay that way. Don’t believe me? Here are three major strikes ag’in ’em:

Sorry, Not Small Enough
Small is one thing. Small enough to wear is another game entirely. If LG handed me a metal-and-tempered-glass candybar phone that weighed 3.2 ounces, I’d be sold. But if Movado tossed me a watch with that heft, not so much. Kempler’s W, on the other hand, only weighs about 2.5 ounces — much more doable — but at a cost: its entire body (band included) is plastic. A happy medium is still MIA.

Squinty Screens
I know it’s not fair to expect much from a screen that can’t be any larger than a watchface, but them’s the breaks. Dialing or typing a text message on either the LG’s 1.43-inch or the W’s 1.5-inch screens is positively murder. The two handsets have taken different routes to curb frustration, one vastly more successful than the other. First the bad: the W ships with a stylus accessory intended to help you navigate its touchscreen, which is resistive and requires a little extra oomph to use. (Great, one more thing to lose.) The LG’s solution is infinitely more Tracy-like, yet still not ideal: the GD910 has voice-recognition software for simple calling commands, but can’t take text dictation. 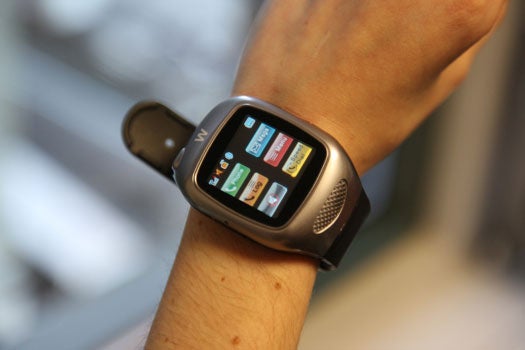 They’ll Scorch Your Wrist
The more circuitry you cram into a small space, the more you want a tiny little thing to do as much as its full-grown cousin, the more you want it to be up-and-running all the time, the more it’s going to heat up. When I first charged up both watches, I assumed the heat was more from the charging process than the device or battery itself. Yeah, no. During a 15-minute call, the back of both watches got uncomfortably hot. Guess the batteries aren’t there yet.

So, what’s the problem here? If you ask me, cellphone companies have been coming at this from the wrong angle, trying to turn phones into watches instead of watches into phones. To succeed, start with the form factor you want and go from there. Find a watch, one that’s comfortable, and slowly (very slowly) add the cell radios, chips, and flash memory. Come on, if you can build an antenna into a shirt, you can do this. If there’s microscopic, super-fast memory, you can do this.

The largest absent part of the puzzle is the battery. A watch battery alone can’t provide the volts a cellphone needs to keep ticking, but lithium polymers are getting more compact and running cooler all the time. Cellphone-watch makers, just be patient. Perhaps the time will come.

It’s okay if you’re not there yet — really. We’ve waited 50 years, another five more to get it right won’t kill us. Promise.