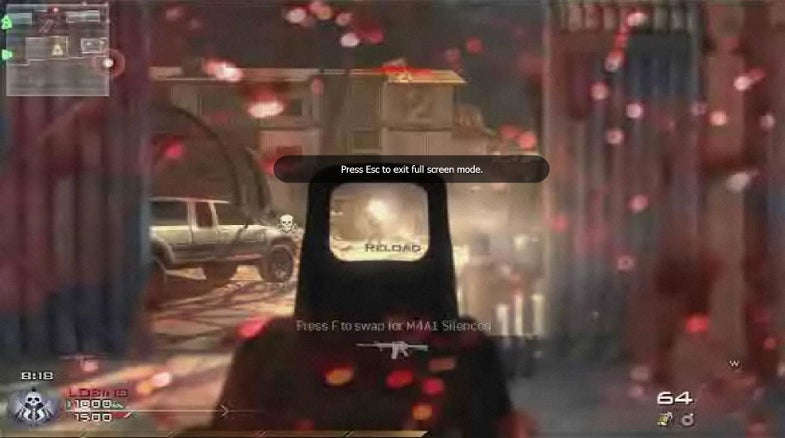 Imagine playing a frantic session of the video game Modern Warfare 2 in the virtual ruins of suburban USA, and suddenly seeing a scrolling message that announces a real manmade or natural disaster appear on the TV. Such a meta-experience may soon arrive via your Xbox, PlayStation or Wii, because New York State officials have begun testing a plan for emergency alert broadcasts over online gaming networks.

The Emergency Management Office hopes to expand the screeching alerts beyond TV channels and radio, given that many among the younger generations now spend their time gaming instead. That plan was announced last week at the Interop technology conference in New York City.

The initiative comes as part of a broader New York State program that goes by the name of Empire 2.0. Other fun parts of the program include monitoring Facebook posts to try and spot early signs of suicidal behavior, and dispensing info to the public via Twitter. Homeland Security has also begun using the online game Second Life to train 700,000 first responders.