Department Of Defense Tests A Bullet That Can Steer

Precision on the smallest scale 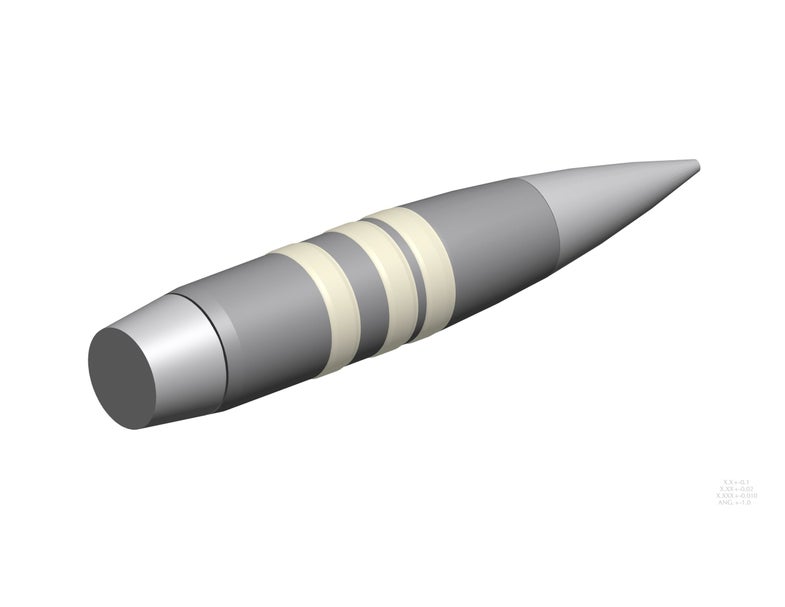 Since the first gun appeared on a battlefield, bullets have dealt death in straight lines. As the shortest distance between two points, lines are great, but they mean enemies can hide behind walls or buildings and not get hit, a clearly undesirable prospect for anyone in the business of shooting enemies. Now, the Department of Defense is testing a bullet that can change direction in mid-air.

With a name that calls to mind both precision and 1950s whiz-bang technical marvels, DARPA’s Extreme Accuracy Tasked Ordnance, or EXACTO, is a .50 caliber round that can change direction as it flies. The details of how it works are completely secret.

It’s specifically designed for snipers, for whom even the slightest improvements can be a life-or-death difference.

EXACTO isn’t the first weapon to promise kills around corners. The U.S. Army is testing the “XM-25 Counter Defilade Target Engagement Airburst Weapon System.” That long, Pentagonese name obscures a simple purpose: it’s a gun that shoots explosives that blow up after it goes a set distance, like ‘exactly one foot over that low-lying wall’ or ‘just past this corner where we just saw gunshots.’ The hope is that the blast is powerful enough to injure or otherwise incapacitate the hostile person it’s aimed at. The XM-25 should complete testing in 2016, after which the Army is expected to buy thousands of them.