Not just a weather girl.

By Jaclyn Whittal, On-Camera Meteorologist at The Weather Network. As told to Rachel Feltman | Published Jun 25, 2017 1:10 AM 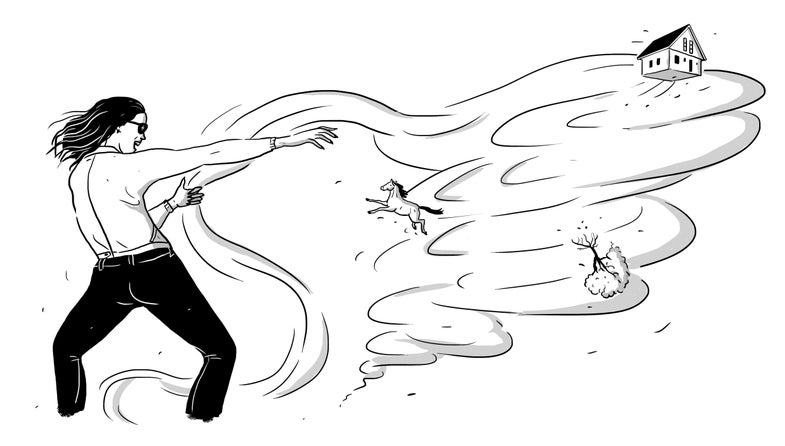 For my second career, as a weather anchor, I worked on the Canadian prairie, which is the second-best place to chase severe weather, after Tornado Alley. I was also studying for a certificate in meteorology so I could interpret weather data and make my own forecasts. I didn’t want to be looked at as some ditz who didn’t know what she was talking about. Around that time, a photographer friend invited me to chase with him in the Alley for a month. I said sure; I wanted to learn everything I could. I loved it so much that I went back again and again.

During my second round in 2013, I got to see the largest tornado in recorded history—on the very last day of the chase season. We were waiting in this dingy gas-station parking lot in El Reno, Oklahoma. Chasers do that a lot. We sit around waiting, playing hacky sack, and eating junk food. The forecast called it a high-risk day. Those can go either way, but if a storm hits, you know it’s going to be a big one. This one rolled in around 5:30 p.m.

It started out as a little cumulus cloud on the horizon. Then this little baby puff turned into a 60,000-foot thunderstorm in maybe 20 minutes. It just happened. We jumped in our car and raced toward it. A few minutes later I was looking out the window, filming this massive wall of what seemed like rain. We thought the tornado was hidden inside. But then I saw it taking shape and felt it sucking in wind. That’s when I realized that wall was the tornado itself. It became a wedge—as wide as it was tall—around 2.6 miles across with winds nearly 300 miles per hour.

It was—and this is a real meteorological term—explosive.

We hauled butt to get out of there. For some reason, a TV weather anchor had told people to evacuate, even though you should take shelter during a tornado. Cars packed the roads. All we could see were brake lights. We feared we’d be stuck. But in a few minutes, it was over.

Three storm chasers died that day, just up the road from where we’d been stuck. That had never happened before. So yeah, I wondered why I would risk going out again. But then the next chase season called me back.