How a peculiar parasitic plant relies on a rare Japanese rabbit

Biologists in Japan recorded the endangered rabbits munching on the plant Balanophora yuwanensis, suggesting that the they might be important seed dispersers. 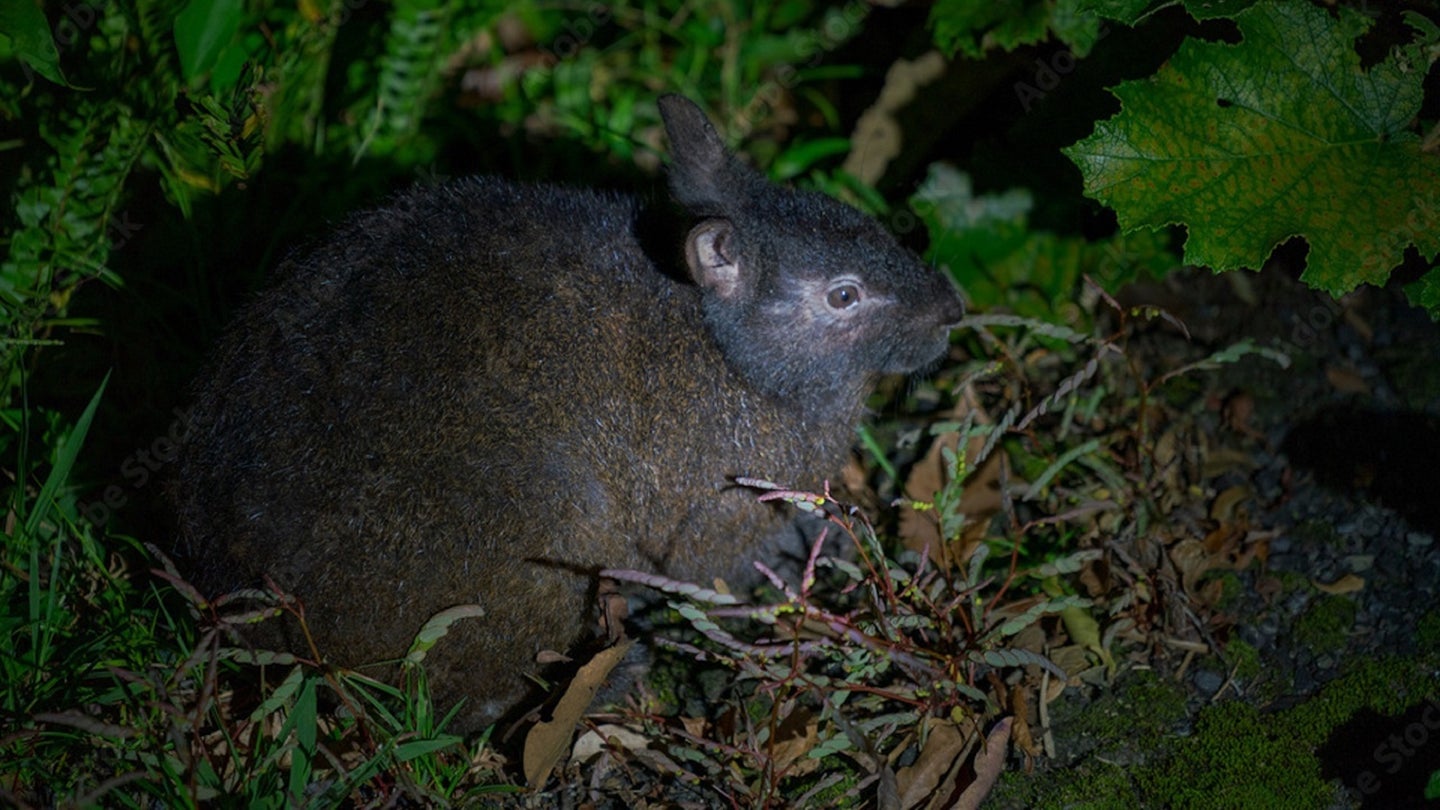 The Amami rabbit is a rare endangered species native to the Amami Islands of Japan. nobuhiko – stock.adobe.com
SHARE

On a small chain of islands off the coast of Japan, local biologists found a peculiar bite mark on the Balanophora yuwanensis plant. They guessed that the toothy impression might belong to the Amami rabbit, a wild and dark-furred nocturnal creature named after the Amami Islands. The rabbit evolved separately on the islands, making it genetically distinct from other species in Japan. So the team set up infrared triggered cameras near the B. yuwanensis, a non-photosynthetic plant, and spent 52 days watching which animals eat it.

Their suspicions were correct: Out of all the animals in the forest, the Amami rabbit feasted on fruit grown on the B. yuwanensis plant the most. The team’s observations were later confirmed when they studied the rabbit’s feces. The paper from Kobe University was published in the journal Ecology on Monday. What’s more, the researchers discovered that the rabbit might be critical to the plant’s survival. After the Amami rabbit eats the fruit, it poops out the seeds, dispersing them throughout the island’s subtropical evergreen forests.

Seed dispersal by animals is particularly important for the B. yuwanensis plant. Although the plant’s seeds are small, they are unlikely to be dispersed through the wind, since the plants grow under the forest canopy which blocks out strong winds, explains Kenji Suetsugu, lead author of the study and a professor at Kobe University.

The Amami rabbit’s curious role in the plant’s spread is compounded by the fact that B. yuwanensis is no ordinary plant. It has no roots nor leaves, and with its dark reddish-brown color it resembles a strawberry more than the traditional leafy sprout. It cannot photosynthesize, and as a result, acts as a parasite, attaching to the roots of other plants to collect nutrients. And it doesn’t produce fleshy fruit, that have bright colors, juicy textures, and distinct odors which attract seed disperser animals looking for a snack. Instead, the parasitic plant produces dry fruit—but the Amami rabbit still eats it. And after getting their fill of these fruit, the rabbit digs burrows underground where it defecates, which might help place the seeds near the roots of compatible host plants for B. yuwanensis.

The latest findings also illustrate the complex relationship between animals and the services they provide to their environments. “The rabbits likely provide a crucial link between [B. yuwanensis] and its hosts,” Suetsugu wrote in an email interview to Popular Science. “Such natural history observations greatly enhance our comprehension of ecosystems.”

Evan Fricke, an ecologist with the University of Maryland who studies seed dispersal, adds that the study highlights the sometimes unexpected roles that species play in maintaining the web of life. “My sense is that there is a growing recognition that more plant species depend on animals for seed dispersal than previously thought, even when they don’t have physical structures like pulp to attract fruit-eating animals or hooks to stick on to animal fur,” Fricke wrote in a statement to PopSci.

Locals have tried to protect the Amami rabbit, which many consider a cultural symbol of the islands, Suetsugu says. In recent years, the rabbit has also been used to promote tourism. But increasing habitat destruction on the Amami Islands have left both the Amami rabbit and the B. yuwanensis plant endangered, Suetsugu says. The government has made some efforts to protect the species from extinction, including hunting the rabbit’s predators, mongooses and wildcats, which have yielded some positive results.

Still, scientists have yet to discover all the services endangered animals might provide to their ecosystems, Suetsugu says. Their diminishing population sizes, or extinction, could significantly impact how ecosystems function.

“Many endangered species have not been studied extensively and their full ecological importance may not be known yet,” Suetsugu wrote. “For example, endangered species can play important roles as pollinators, seed dispersers, predators, or prey. They can also help to maintain the balance of an ecosystem by controlling the populations of other species.”

[Related: The curious case of an endangered wildcat and a disappearing fruit tree]

Scientists are still trying to understand the roles of endangered animals within their ecosystems, including with seed dispersal, explains Therese Lamperty, a postdoctoral fellow at the University of Washington, in a statement to PopSci. The study details a compelling example of pursuing a subtle field observation to make a novel finding, she says.

“Because many endangered animals share common traits such as large body sizes, they tend to be species that also perform unique or relatively impactful roles in their ecosystems,” Lamperty wrote. “But because existing data is limited, we cannot say this with certainty and more research is needed.”

“Protecting endangered species not only helps to preserve biodiversity, but it can also have important benefits for human well-being,” says Suetsugu.