A new study of climate models finds that this strengthening happening is decades ahead of schedule. 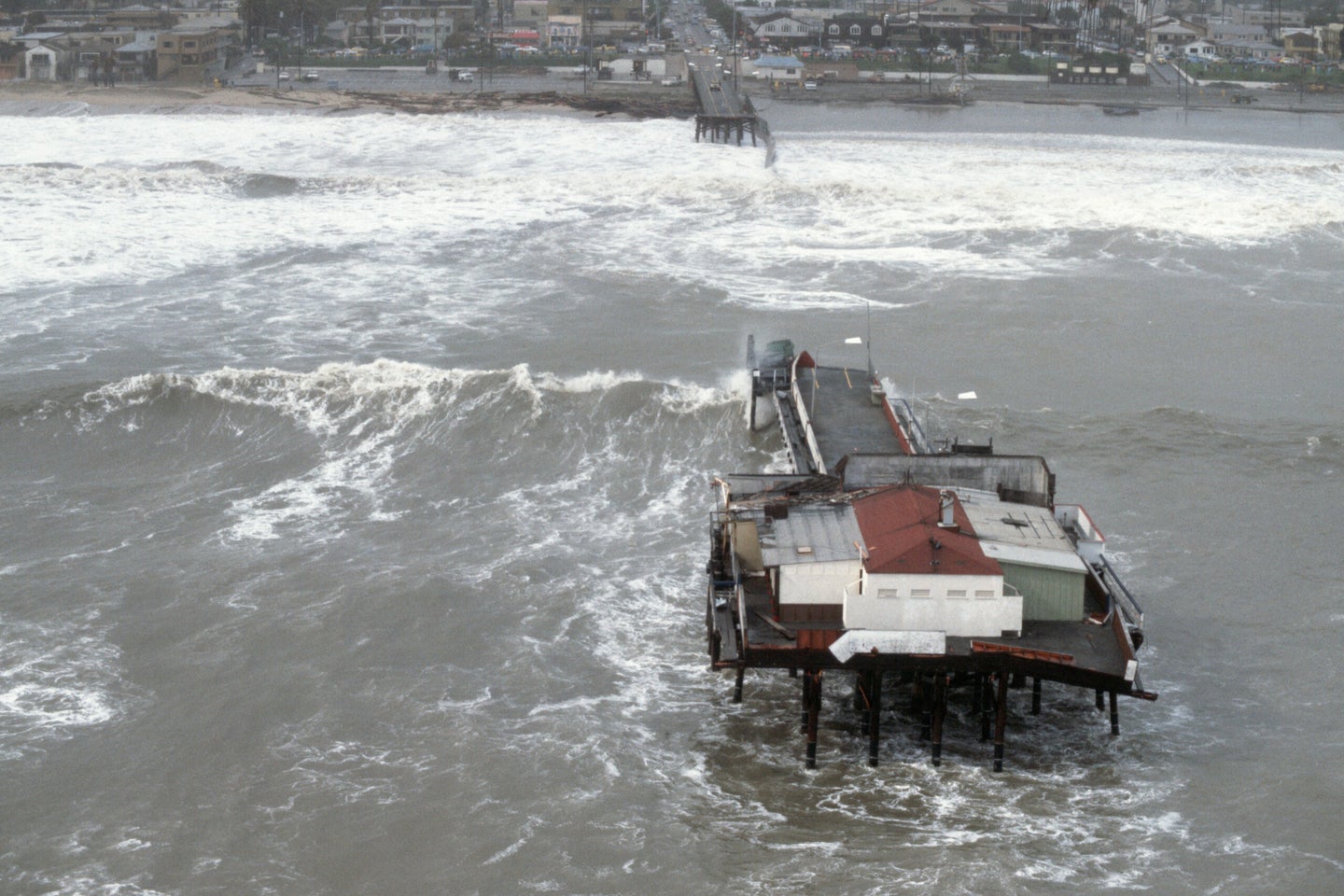 Waves from the El Nino Storm of 1983 crash against a pier off Santa Monica's beach. California, USA. Vince Streano/Getty
SHARE

The planet is currently in a rare triple-dip La Niña year, but climate change will likely affect the opposite weather system El Niño as well. These fluctuations in the sea surface temperature near the equator in the Pacific Ocean can weather around the world.

But just how much these systems will be impacted has been up in the air. However, a new study, published this week in the journal Nature Communications, finds that climate change is expected to strengthen El Niño and La Niña events by 2030.

In the study, researchers analyzed 70 years of sea surface temperature data from the Pacific Ocean. They used this data to model the changes in the El Niño-Southern Oscillation (ENSO) alongside the expected projections of continued global warming.

[Related: The past 8 years have been the hottest on human record, according to new report.]

ENSO represents Earth’s most significant year-to-year fluctuation in the climate and it can be a major driver of floods and droughts around the world. Differences in sea surface temperature in the Pacific fluctuate and switches between three main stages, warm El Niño, cold La Niña, and neutral.

During a La Niña event, ocean surface temperatures in the central and eastern equatorial Pacific Ocean cool, alongside changes in tropical atmospheric circulation (mostly winds), barometric pressure, and rainfall. Importantly, this cooling doesn’t mean that global-warming is letting up. The colder surface waters in the Pacific Ocean push the jet stream north, which tends to lead to drought conditions in the southern part of the United States and heavy rains and flooding in the Pacific Northwest and Canada. Winter temperatures are warmer than normal in the South and cooler than normal in the North during a La Niña year, and the weather event can also lead to a more severe Atlantic hurricane season.

Previous studies have suggested that these events may vary depending on where in the warm or cold ocean temperatures are located within the Pacific. According to the authors, this study sought to model how climate change will play into El Niño and La Niña events and where these changes in weather patterns could be detected.

The models found that climate change’s influence on El Niño and La Niña in the form of ocean surface temperature changes in the eastern Pacific will be detectable in only eight years, close to 40 years earlier than previously thought, potentially causing even more extreme weather events.

According to study co-author Wenju Cai, an oceans and atmosphere research scientist at CSIRO, it has been hard to identify where the change is occurring most strongly since ENSO’s oscillation is very complex and variable. “However, our study shows the effect of climate change, manifesting as changes in ocean surface temperature in the tropical eastern Pacific, will be obvious and unambiguous within about eight years,” Cai writes.

The study finds that Australia particularly needs to prepare for more floods and drought and the entire world face must be prepared for affects on human health, food production, global economies, and more

“Our findings should be incorporated into policies and strategies to adapt to climate change,” writes Cai. “And crucially, they add to the weight of evidence pointing to the urgent need to reduce greenhouse gas emissions to stabilise Earth’s climate.”

The study comes as the United Nations annual conference on climate change (COP27) draws to a close.