Scientists think climate change may be the culprit. 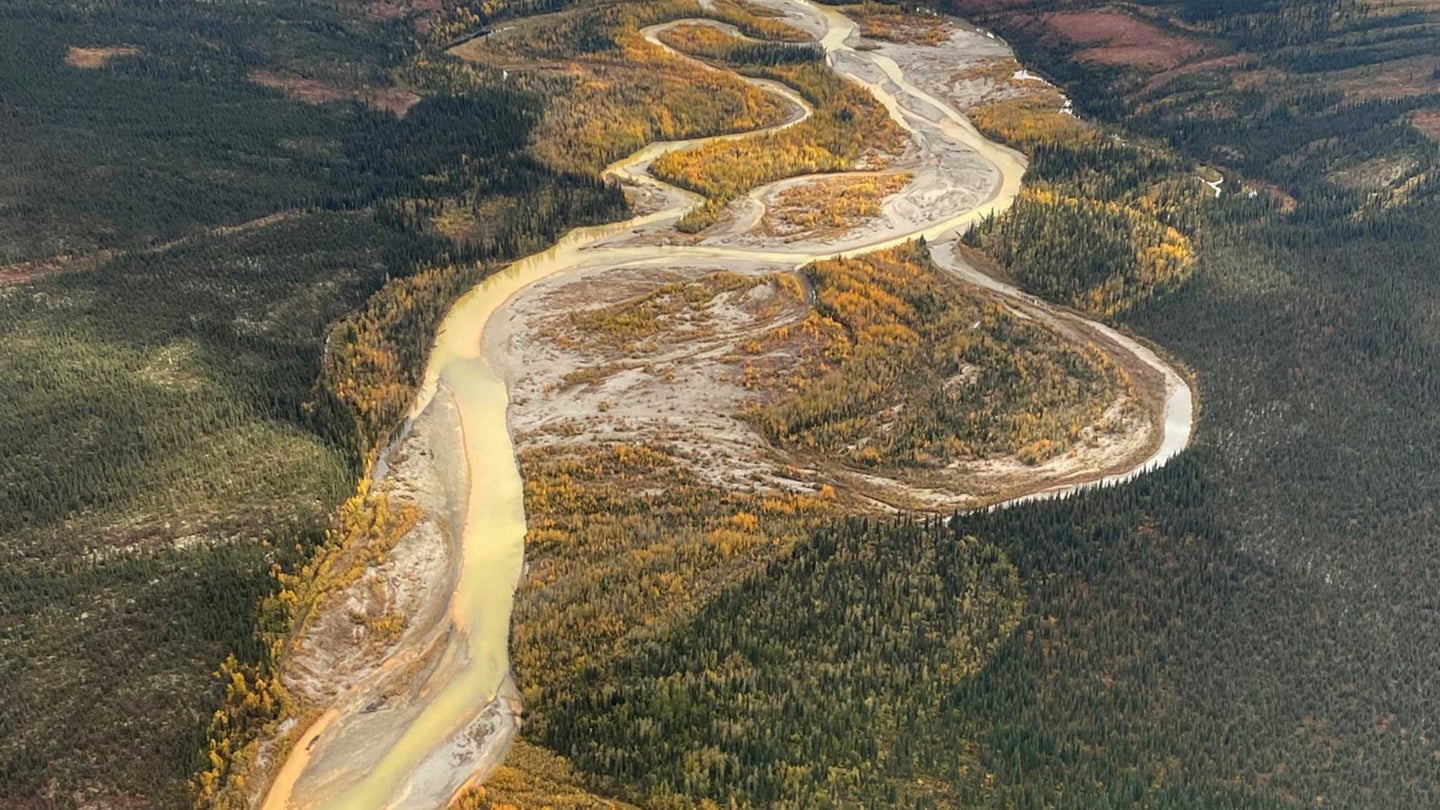 The Salmon River in the Brooks Range runs orange in the early fall of 2020. Courtesy of Roman Dial
SHARE

Dozens of once crystal-clear streams and rivers in Arctic Alaska are now running bright orange and cloudy, and, in some cases, they may be becoming more acidic. This otherwise undeveloped landscape now looks as if an industrial mine has been in operation for decades, and scientists want to know why.

Roman Dial, a professor of biology and mathematics at Alaska Pacific University, first noticed the starkest water-quality changes while doing field work in the Brooks Range in 2020. He spent a month with a team of six graduate students, and they could not find adequate drinking water. “There’s so many streams that are not just stained, they’re so acidic that they curdle your powdered milk,” he said. In others, the water was clear, “but you couldn’t drink it (because) it had a really weird mineral taste and tang.”

Dial, who has spent the last 40 years exploring the Arctic, was gathering data on climate-change-driven changes in Alaska’s tree line for a project that also includes work from ecologists Patrick Sullivan, director of the Environment and Natural Resources Institute at the University of Alaska Anchorage, and Becky Hewitt, an environmental studies professor at Amherst College. Now, the team is digging into the water-quality mystery. “I feel like I’m a grad student all over again in a lab that I don’t know anything about, and I’m fascinated by it,” Dial said.

The phenomenon is visually striking. “It seems like something’s been broken open or something’s been exposed in a way that has never been exposed before,” Dial said. “All the hardrock geologists who look at these pictures, they’re like, ‘Oh, that looks like acid mine waste.’” But it’s not mine waste. According to the researchers, the rusty coating on rocks and streambanks is coming from the land itself.

The prevailing hypothesis is that climate warming is causing underlying permafrost to degrade. That releases sediments rich in iron, and when those sediments hit running water and open air, they oxidize and turn a deep rusty orange color. The oxidation of minerals in the soil may also be making the water more acidic. The research team is still early in the process of identifying the cause in order to better explain the consequences. “I think the pH issue” — the acidity of the water — “is truly alarming,” said Hewitt. While pH regulates many biotic and chemical processes in streams and rivers, the exact impacts on the intricate food webs that exist in these waterways are unknown. From fish to stream bed bugs and plant communities, the research team is unsure what changes may result.

The rusting of Alaska’s rivers will also likely have an impact on human communities. Rivers like the Kobuk and the Wulik, where rusting has been observed, also serve as drinking water sources for many predominantly Alaska Native communities in Northwest Alaska. One major concern, said Sullivan, is how the water quality, if it continues to deteriorate, may affect the species that serve as a main source of food for Alaska Native residents who live a subsistence lifestyle.

The Wulik River terminates at the village of Kivalina, a community of just over 400 people, 80 miles north of the Arctic Circle, that relies on the river. “We are always worried about drinking water,” said Tribal Administrator Millie Hawley, adding in a written message that her friends and neighbors fish for trout in the river year-round. The community has seen the river become increasingly turbid in recent years, she said, and some people blame the nearby Red Dog Mine. But Hawley said everyone is aware that the permafrost around them is melting, and that increased erosion is causing the level of dissolved minerals and salts in the Wulik to rise.

In addition to present-day impacts, the researchers are also considering the historical record. “I’m sure it has happened (previously),” said Dial, “because, in some sense, this is a natural phenomenon.” But Dial and Sullivan note that the rate of climate warming is greater than anything recorded in the past. “So, it’s very possible that something like this has happened before, but it happened really slowly. And maybe there wasn’t just this massive pulse of orange that wound up in these streams,” Sullivan said.

The team believes there could be more than one climate change-related factor at play. 2019 and 2020 — two of the warmest summers on record — were both followed by winters with unusually high snowpacks. “Snow is a great insulator of soils, and it can be a potentially potent driver of permafrost thaw,” said Sullivan. He likens it to adding an extra blanket to the ground before it freezes. For now, none of the researchers know for sure whether the orange streams and rivers are an anomalous occurrence, coinciding with a handful of unseasonably warm seasons followed by high snow pack. And only time will tell how long it might continue.