Babies can be mysterious creatures — what exactly is going on in that little noggin? Fortunately, over the years, scientists... 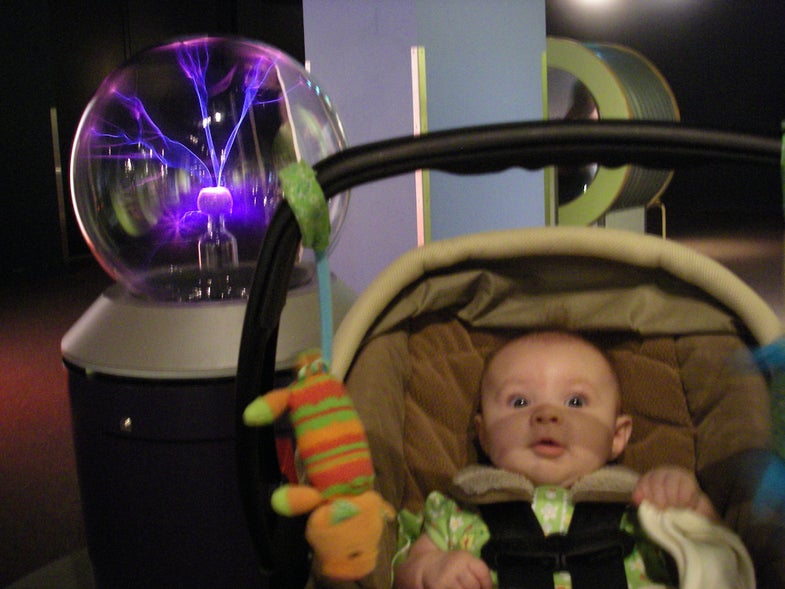 Babies can be mysterious creatures — what exactly is going on in that little noggin? Fortunately, over the years, scientists have developed some creative ways to find out what makes babies tick. Here are some of the weirdest (but not cruel — no abandonment here!) ways that research has probed infants’ senses and perception.

In 2007, scientists wanted to know if a wet diaper would wake a baby. So they set about with a quick experiment: using a syringe, they injected warm water into the diapers of 34 peacefully-sleeping babies while monitoring their heart rate, respiratory frequency and electroencephalogram frequency. The result? The babies didn’t stir or wake up — which is why the experts say to let avoid changing diapers in the middle of the night, even if they’re wet.

Infants have super-charged hearing, but scientists didn’t know quite how amazing it was until 2001, when an experiment tested their ability to listen to multiple frequencies at once. The experimenters tested 73 infants ages 7 to 9 months old by exposing them to four half-second bursts of a computer-generated 1000-hertz tone and a 1000-hertz broadband noise that sounded like telephone dial tone or static. Sometimes the tone or the noise was played alone and sometimes the sounds were masked with background noise. They watched as the babies turned their heads toward the sound. The findings? While adults and kids 10 and over hone in on one frequency, the experimenters found that babies listen to all frequencies simultaneously, which is why they recommend to reduce background noise when reading or interacting with a little one.

3. Sweet and Sour Tastes are Innate

A taste for sweet stuff is innate, scientists have learned — and breastmilk is also full of sugars. Giving infants a drop of water just minutes after birth, then a drop of sugar solution and a drop of lemon juice makes them lick their lips and pucker. Jacob Steiner, who did these experiments in the 1980s, repeated them with newborn animals — and got similar responses. Even animals without a functional cortex have the same reactions, showing how deep the response to sweet or sour tastes goes.

4. The Smellier, The Better — When It Comes To Food

Before they can see her face, babies are guided to their moms’ breasts by smell. But just how it worked wasn’t known until Estonian scientists dangled breast pads about 4 inches in front of babies’ noses. The babies more often turned to the one that smelled like mom’s breast — not too surprising. But they also gave babies with two options: a clean breast, or one that hadn’t been washed. They showed that newborns prefer to feed from an unwashed breast over a clean one. In another study the same researchers found that babies tended to choose a breast covered in amniotic fluid than one that smelled like… well, breast.

5. A Light Touch Can Be Creepy

Is a light touch pleasing to infants, or should you give them a little firmer pressure? To learn more about how babies perceive touch, Researchers in Japan used a wooden cylinder and then a cylinder covered in velvet to carress the palms of babies aged 3 months, 6 months and 10 months. They found that the brains of the 10-month olds perceived the velvety touch as pleasing, but the 3-month old and 6-month old babies did not. The researchers say that somewhere between 6 and 10 months, babies’ tactile affective systems develop. But it could also show that younger babies may not enjoy the light touch.