Ikea cupboards go from basic to beautiful in this two-person home-improvement project. 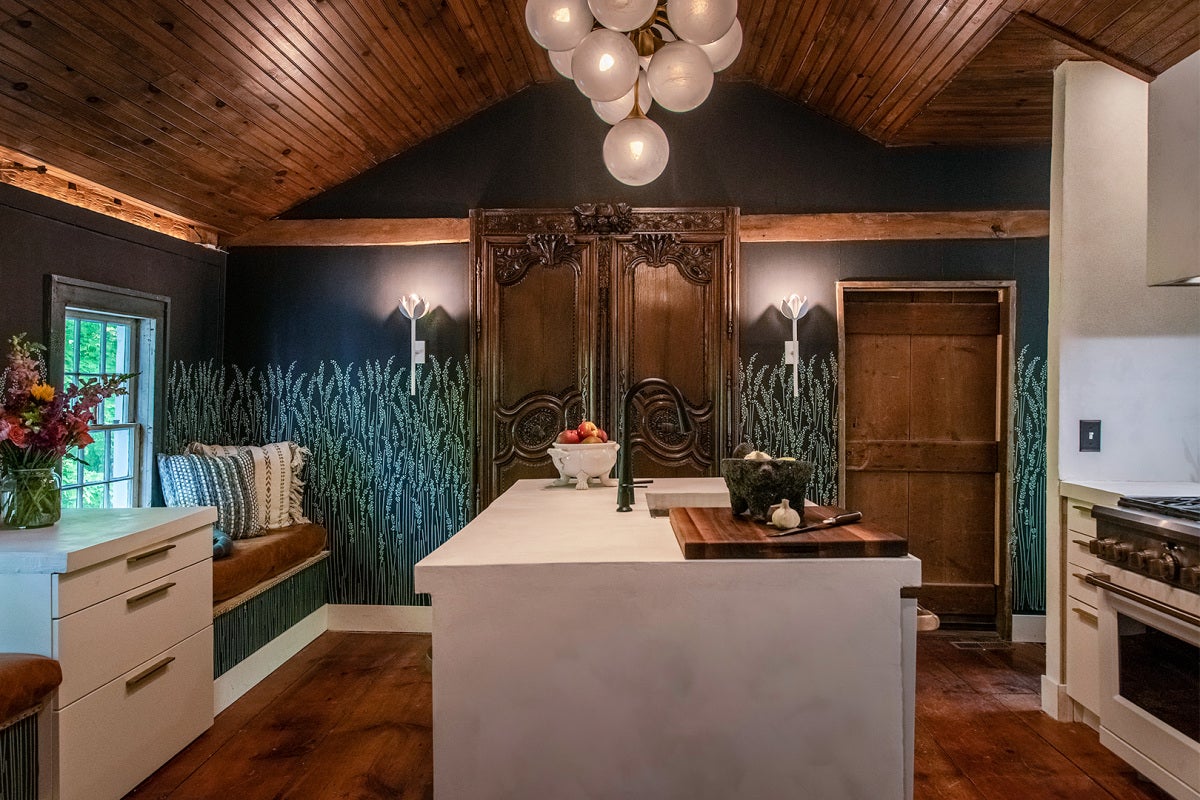 This story originally featured on Domino.

For Cristy Lee McGeehan, no room in her home in New York’s Hudson Valley is complete without a DIY project (or two). The design maven has documented her numerous hands-on projects on Instagram, even teaming up with her husband, Colan, in 2020 to build an entire log cabin on the property of their 200-year-old Ulster County farmhouse, named the Bruyn Estate.

Though nearly every corner of the main residence has a bit of that Cristy magic, the kitchen remained largely untouched for several years, receiving only a “mini cosmetic makeover” when the pair first moved in more than eight years ago. “This house was old enough that it didn’t originally have a kitchen,” explains Cristy. “The space we know now as the kitchen was not even built until the 1990s.” It wasn’t until a copious amount of free time (created by pandemic stay-at-home orders) collided with a GE Café Appliances partnership that Cristy decided the time had come to overhaul the space once and for all.

Cristy and Colan had previously installed a concrete countertop in the petite guesthouse kitchen and loved the look so much they decided to challenge themselves to make one again, this time with almost double the surface area and a waterfall island. “Had you asked me before this, I don’t know that I would have said I wanted concrete countertops in our home, because I use a kitchen really hard—cooking is my passion,” says Cristy. “But in the end I couldn’t pass them up, because I know how beautiful they are.”

The pair dove in head first, mixing more than ten 50-pound bags of concrete by hand and turning to company Z Counterform for molds to help them pull off their dream cast-in-place surface. Here are the hard-earned lessons they learned along the way.

Cheat if you can (no shame here!)

To create the island base, the duo (who describe themselves as “definitely not carpenters”) retrofitted two IKEA box cabinets before building the framing for the countertop and sink. “My whole thing about DIY is, take shortcuts that make sense where you can,” says Cristy. “We were really nervous about building an island from scratch, because it had to support a lot of weight and a lot of use—those cabinet boxes made it work.” That wasn’t their only hack, though. To achieve the gravity-defying waterfall edge, Cristy turned not to concrete but Ardex Feather Floor Finish, a claylike material that allowed her to coat the side of the island and make it look like concrete, instead of going through the logistical hassle of pouring the real thing and attempting to install it vertically.

To help achieve the light and airy vibe they envisioned for their kitchen, Cristy and Colan tinted their concrete mixture with a mineral powder to skew the shade lighter and closer to a true sandy white than your typical gray. “What you can do now with concrete is amazing—you can make it look like almost anything,” says Cristy.

Give it a handmade touch

Instead of chasing perfection and trying to smooth out every lump and uneven edge, Cristy leaned into the DIY quality of her countertops (they were in a centuries-old space, after all). She finished the perimeter (as well as anywhere the material touched an appliance) with a hand trough and sander, ensuring that every edge—and the countertops’ surface—had the visual interest of true stone. “In the end, you want to run your hands over it to feel the texture,” she explains.

Cristy’s initial concerns about durability proved untrue, thanks in large part to the finish they chose. “It’s 100 percent worth it to spring for the best sealer you can find with any kind of countertop project, especially when using a material as porous as concrete,” she notes. “I was so worried about ruining all of our hard work within a week, but the professional-grade epoxy we chose worked so well. It was definitely a process and took almost as long to apply as the counters themselves, but it was worthwhile.” An oversize John Boos butcher block cutting board on top is extra insurance, so they can prep without pressure.

See more photos and suggestions over at Domino.