You Built What?! A Homemade Scanning Electron Microscope

The hardest DIY project ever 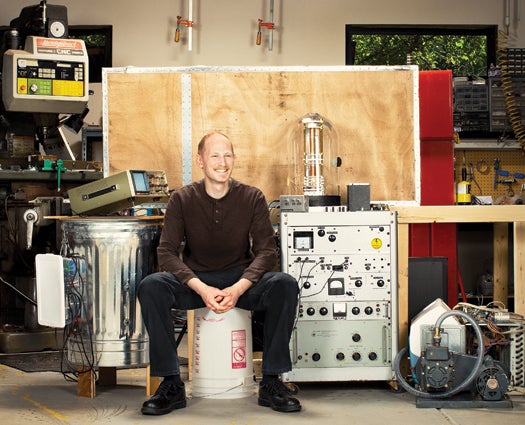 Ben Krasnow has built his share of odd contraptions, including a liquid nitrogen generator made from an air conditioner, and the “thirst extinguisher,” a commercial-grade fire extinguisher that cools, carbonates, and dispenses his homemade beer. Now, for no other reason than wanting a real challenge, the 28-year-old engineer picked the toughest DIY project he could imagine: a homemade scanning electron microscope, or SEM. “I wanted to see if it was possible,” he says.

Scientific labs will pay upward of $250,000 for a high-end SEM, and as far as Krasnow could find, no individual had ever built one, so he had to improvise. He first spent a few weeks teaching himself the complex physics behind the instrument. Next he trolled eBay for cheap components, sorted through his home shop for power sources that might work, and then built what he couldn’t find.

A typical SEM fires a thin stream of electrons at a sample, monitors the electrons kicked up by the impact, and translates the resulting signals into a picture. 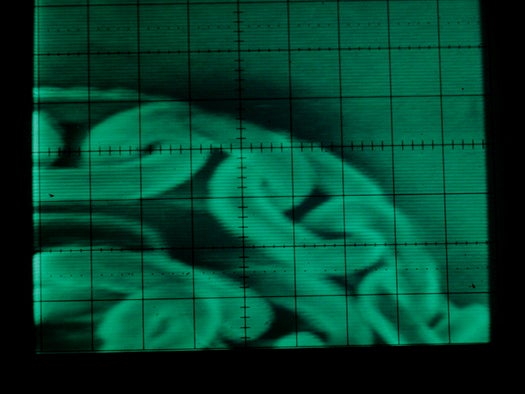 Krasnow made his electron gun out of a thin tungsten wire. He heats up the wire by applying a voltage, which releases clouds of electrons. The freed electrons speed through a thin copper pipe toward the sample.

In his initial tests, Krasnow had trouble aiming the electron beam onto the sample. Eventually he took a refrigerator magnet and moved it around the outside of the glass vacuum chamber that surrounds the microscope to adjust the beam’s position. When he got the beam focused in the right place, he taped the magnet in place.

The microscope now delivers about 50x magnification, a far cry from commercial SEMs’ 1,000x or more, but microscope experts say that doesn’t lessen the accomplishment. Chemist Robert Wolkow of the University of Alberta calls it “a wonderful achievement.” And William Beaty, a research engineer and hobbyist who had also hoped to build the first DIY SEM, puts it more simply: “D’oh!” 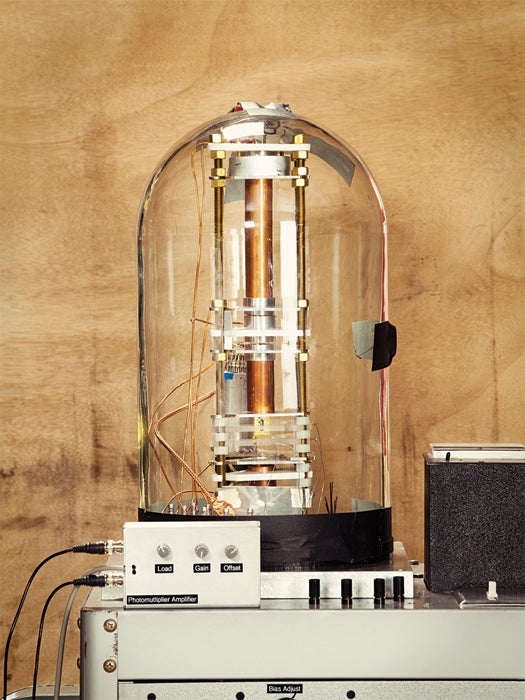 The bell jar that houses the microscope’s component

The SEM gets its name because the electron beam scans the surface of the sample; the resulting image is basically a video of a still subject. To create that video, Krasnow bought an old oscilloscope. As the beam moves across the surface, the clouds of electrons emitted from the sample change, and the oscilloscope transforms this physical data into a video image. The catch with the oscilloscope is that Krasnow scans the image in 1/15 of a second to get a picture, and quicker scans result in lower-resolution images. He plans to digitize the system and replace the oscilloscope with a computer, which should allow him to scan slowly and increase the microscope’s magnification.

To maintain the microscope’s thin beam of electrons, Krasnow had to eliminate any interference, so he housed the entire device in a large glass bell jar he had lying around. He used two separate pumps to create a vacuum inside the jar. One of the two has a tendency to overheat, so an aquarium pump sends engine coolant past the overheating pump, drawing out the heat, and cycles the fluid through a repurposed window-unit air conditioner, where it is cooled down before repeating the trip.

The oscilloscope and two of the power supplies look as if they could have been salvaged from a 1960s space mission. Krasnow liked the aesthetic, so he enclosed the power supplies in a similar-colored rack, arranged the other components above them, bought blank gray faceplates, drilled the necessary holes, and mounted chrome toggle switches, red indicator lights, knobs and gauges that matched the style.