A hacked-together flashlight that can shine for miles 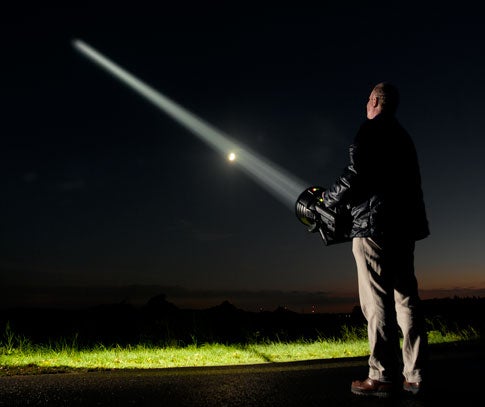 Ralf Ottow was standing in front of his bathroom mirror one morning when he noticed that his forehead was sunburned. He hadn’t been out tanning—his homemade flashlight had fried his skin.

The 45-year-old Dutch optics engineer has been building his own lights since he was eight, but his recent 38-million-candlepower creation, the Maxablaster, is more like a miniature star. To start, Ottow stripped out the innards of a powerful commercial flashlight and switched in a mercury arc bulb, which generates light by creating an ultra-hot plasma between two closely spaced electrodes inside the gas-filled central chamber of the lamp. That results in a brighter, more focused beam but also kicks out more ultraviolet light (hence the sunburn, a product of early testing). So he added a specially coated reflector and designed, ground, and coated a new glass window that would trap UV rays while still pumping out light.

Powered by a pack of 54 batteries, the Maxablaster can put a bright spot of light on a cloud four miles high and illuminate a house from just as far. But Ottow doesn’t use it to spook his neighbors. “It’s not a torch you’d walk your dog with,” he says. “It would probably cook your dog.”

See how it works by launching the gallery here.

The H2Whoa Credo: DIY can be dangerous.
We review all our projects before publishing them, but ultimately your safety is your responsibility. Always take proper safety precautions, and follow all laws and regulations. 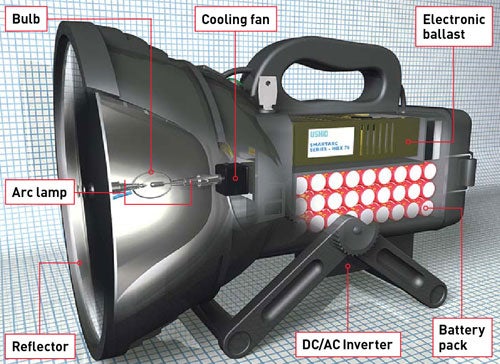 Time: 6 months | Cost: $1,800 PERFORMANCE: Some flashlights pump out more light, but the Maxablaster has a much greater reach because the mercury arc lamp creates a tightly focused beam. Ottow says he once illuminated a ferry boat some nine miles away. POWER: Thebulb is typically used for lab equipment and is designed to run off an outlet, so Ottow had the difficult task of packing together 54 off-the-shelf nickel-metal-hydride batteries. To regulate the current, he added a ballast. SAFETY: Ottow installed a strong glass window in case the pressure shatters the bulb and gave it an extra coating to block harmful UV rays. He also added a mechanism so the light needs a key to operate. 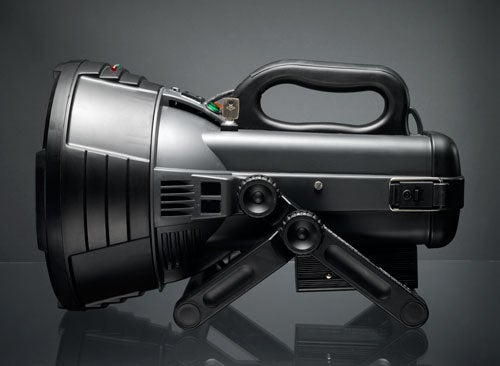 The Maxablaster has a reach equal to 38 million candlepower, more than 5,000 times that of an average off-the-shelf handheld flashlight. 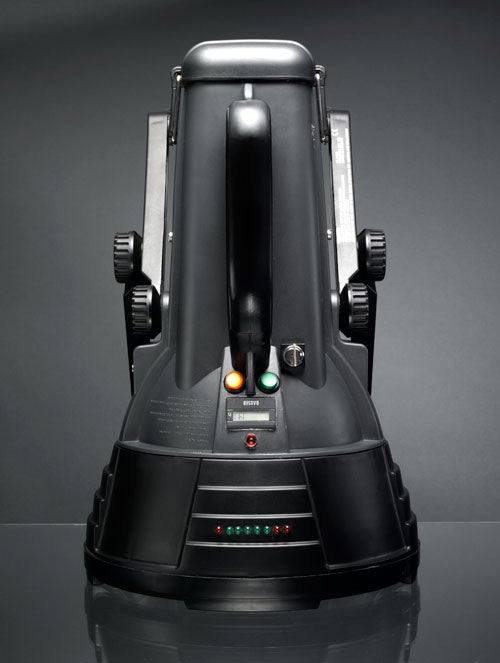 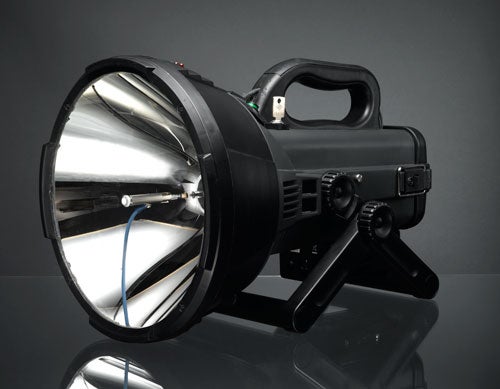