27 hydraulic cylinders bring the mechs to life, its movements matching those of the person inside it 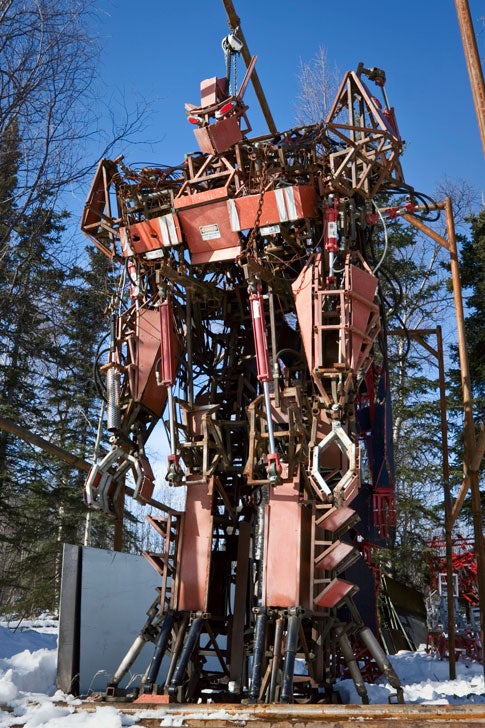 Carlos Owens had handled all kinds of machines as an army mechanic, but he always dreamed of using those skills for one project: his own “mecha,” a giant metal robot that could mirror the movements of its human pilot.

Owens, 31, began building an 18-foot-tall, one-ton prototype at his home in Wasilla, Alaska, in 2004. Working without blueprints, he first built a full-scale model out of wood. Moving on to steel, he had to devise a hydraulics system that would provide precisely the right leverage and range of movement. He settled on a complex network of cables and hydraulic cylinders that can make the mecha raise its arms, bend its knees, and even do a sit-up.

Owens is working on two more prototypes, modifying the design to make it lighter and more maneuverable. He foresees mechas having uses in the military and the construction industry but acknowledges that right now they’re best suited to entertainment. The first application he has in mind: mecha-vs.-mecha battles, demolition-derby style.

Frame
This mecha is made of steel. The new design is made of lighter but weaker aluminum, so Owens has had to heavily reinforce the limb joints.

Hydraulics
Owens used 27 hydraulic cylinders that act like muscles to control the mecha’s joints. A pump powered by an 18-horsepower engine keeps hydraulic fluid moving through the machine.

Control
As the driver moves his arms and legs, steel cables transmit those movements to the hydraulics to make the mecha walk, bend down, or open its hands. 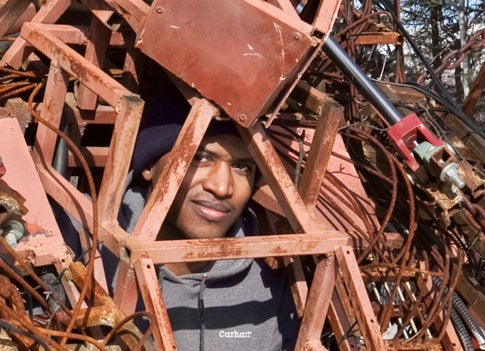