How to Make Convincing Fake-Gold Bars 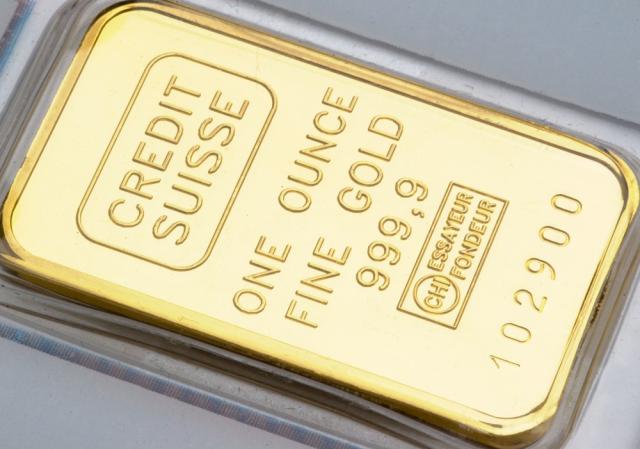 On Wednesday, the BBC reported that millions of dollars in gold at the central bank of Ethiopia has turned out to be fake: What were supposed to be bars of solid gold turned out to be nothing more than gold-plated steel. They tried to sell the stuff to South Africa and it was sent back when the South Africans noticed this little problem.

This is an amazing story for two reasons. First, that an institution like a central bank could get ripped off this way, and second that the people responsible used such a lousy excuse for fake gold.

I consider myself something of an expert on fake gold (I’m not really, I just think I am) ever since I was asked to give advice on the subject to the author Damien Lewis for his recent thriller, Cobra Gold. I worked out in detail for him how you could make really convincing fake gold, and ended up as a minor character in the novel, where I am known as “Goldfinger Gus”.

The problem with making good-quality fake gold is that gold is remarkably dense. It’s almost twice the density of lead, and two-and-a-half times more dense than steel. You don’t usually notice this because small gold rings and the like don’t weigh enough to make it obvious, but if you’ve ever held a larger bar of gold, it’s absolutely unmistakable: The stuff is very, very heavy.

The standard gold bar for bank-to-bank trade, known as a “London good delivery bar” weighs 400 troy ounces (over thirty-three pounds), yet is no bigger than a paperback novel. A bar of steel the same size would weigh only thirteen and a half pounds.

According to the news, the authorities have arrested pretty much everyone involved, from the people who sold the bank the gold, to bank officials, to the chemists responsible for testing and approving it on receipt.

The problem is, anyone who so much as picked up one of these bars should have known immediately that they were fake, no fancy test required. The weight alone is an instant dead giveaway. Even a forklift operator lifting a palette full of them should have noticed that his machine wasn’t working hard enough. I think they must have been swapped out while in storage: Someone walked in each day with a new fake gold bar and walked out with a real one. If they were fake on arrival then everyone who handled them in any way must have either had no experience with gold or been in on the scam.

Now, for me the more interesting question is, how do you make a fake gold bar that at least passes the pick-it-up test? The problem is that there are very few metals that are as dense as gold, and with only two exceptions they all cost as much or more than gold.

The first exception is depleted uranium, which is cheap if you’re a government, but hard for individuals to get. It’s also radioactive, which could be a bit of an issue.

The second exception is a real winner: tungsten. Tungsten is vastly cheaper than gold (maybe $30 dollars a pound compared to $12,000 a pound for gold right now). And remarkably, it has exactly the same density as gold, to three decimal places. The main differences are that it’s the wrong color, and that it’s much, much harder than gold. (Very pure gold is quite soft, you can dent it with a fingernail.)

A top-of-the-line fake gold bar should match the color, surface hardness, density, chemical, and nuclear properties of gold perfectly. To do this, you could could start with a tungsten slug about 1/8-inch smaller in each dimension than the gold bar you want, then cast a 1/16-inch layer of real pure gold all around it. This bar would feel right in the hand, it would have a dead ring when knocked as gold should, it would test right chemically, it would weigh *exactly* the right amount, and though I don’t know this for sure, I think it would also pass an x-ray fluorescence scan, the 1/16″ layer of pure gold being enough to stop the x-rays from reaching any tungsten. You’d pretty much have to drill it to find out it’s fake. (Unless, of course, central bank gold inspectors are wise to this trick and have developed a test for it: Something involving speed of sound say, or more powerful x-rays, or perhaps neutron activation analysis. If bars like this are actually a common problem, you certainly could devise a quick, non-destructive test for them, and for all I know, they have. Except, apparently, in Ethiopia.)

Such a top-quality fake London good delivery bar would cost about $50,000 to produce because it’s got a lot of real gold in it, but you’d still make a nice profit considering that a real one is worth closer to $400,000. A lower budget version could be made by using the same under-sized tungsten slug but casting lead-antimony alloy around it (to match the hardness, sound, and feel of gold), then electroplating on a heavy coating of gold. Such a bar would still feel and sound right and be only very slightly underweight, while costing less than $500 to produce in quantity. It would not pass x-ray fluorescence, and whether it passes a chemical test would depend on how thick the electroplating is.

This is the solution I recommended for Cobra Gold, because they only needed their fake gold to pass a field inspection, which is to say, someone picking it up and knowing what gold should feel like when you lift it. You may quibble for other aspects of the plot if you like, but I think the fake gold would have worked.

And let me tell you, it’s a sad day for criminal masterminds when my fictional fake gold, designed only to trick a terrorist cell, is so much better than the real fake gold used to rip off a real government bank for millions of real dollars.