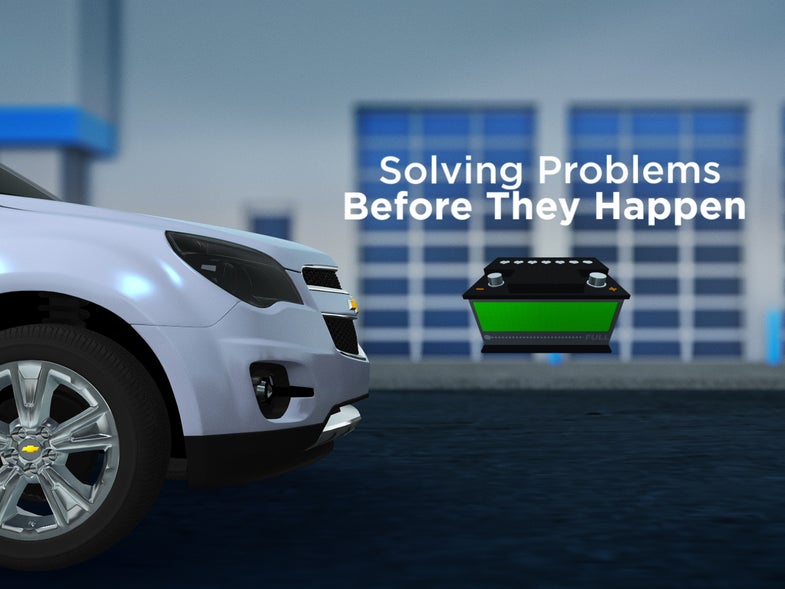 Last year at the Consumer Electronics Show, General Motors announced its plans to add 4G LTE connectivity to most of its vehicles by 2015. It was tough to picture exactly how The Internet of Things might revolutionize motoring then, but 2015 has arrived and it’s all becoming clearer.

This week GM introduced a host of new features enabled by 4G LTE connectivity on select 2016 models, due to hit showrooms this year. One of the most interesting is called OnStar Driver Assurance.

The feature predicts when certain engine parts might fail and warns drivers so they can get them fixed or replaced before problems occur—a major improvement over the dubious “check engine” light.

Sensors in the vehicle track how the parts are performing. That data is then uploaded to OnStar’s cloud-based servers (over 4G LTE, of course) and run through algorithms that assess the parts’ conditions. If it appears there’s a problem with something, drivers get notified via email, text message, in-vehicle alerts, or through the OnStar RemoteLink smartphone app.

Initially, the Driver Assurance technology will focus on the battery, starter motor, and fuel pump—all critical to starting a vehicle and keeping it running reliably. Owners must also enroll their vehicle and opt in to the program. GM expects to roll out the capability to some versions of the 2016 Chevrolet Corvette, Equinox, Silverado, Suburban, and Tahoe, followed by others lines during the 2016 model year.

Next to OnStar’s current ability to email monthly alerts to owners on basic things like tire pressure, oil life and other routine diagnostics, Driver Assurance seems like a logical, complementary step. Several other improvements are also coming to GM vehicles on the backbone of 4G. One new cloud-based feature, called AtYourService, for example, connects drivers with relevant merchants based on where they’re headed. These include priceline.com, Dunkin’ Donuts, Parkopedia, and Audiobooks, among others.