Babies Can Remember People They Only Met Once

The chatty nurse enters the room to give my 6-month old baby his shots, and she immediately grimaces. “I’m so... 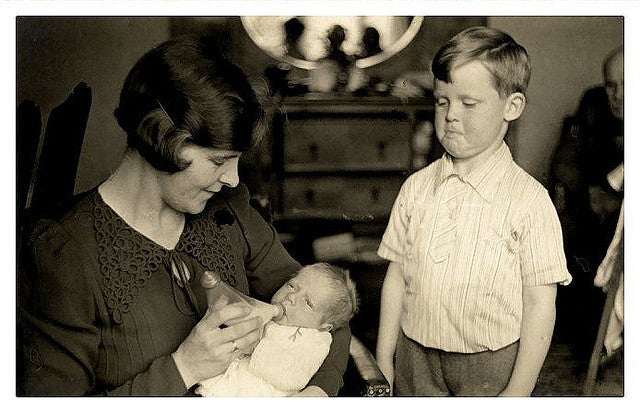 The chatty nurse enters the room to give my 6-month old baby his shots, and she immediately grimaces. “I’m so sorry,” she says. “He’s going to remember me from the last time he got poked.”

I wasn’t sure what to say – I was pretty sure that he didn’t remember anything from the past two months, especially not the face of someone he’d only met once — even for painful shots.

But new research is making me reevaluate what I think about baby memory.

Recently, Danish researchers put together a remarkably simple experiment. They had a list of families who had participated in a study when their babies were one year-olds. That study was run by two men, Osman Skjold Kingo and a colleague, who are roughly the same age. The babies came back when they were three and a half, and saw two screens of the same experiment they saw years prior – one with the experimenter they met, and the other with the other experimenter.

The researchers tracked the babies’ eye movements as they looked at the two screens. Overwhelming, they ended up staring at the face they hadn’t seen before – something known as novelty preference. (We humans are primed to look longer at a new thing rather than an ol’ everyday thing.) The research results were published in the journal Consciousness and Congition in February.

“We wanted to study because the phenomenon of childhood amnesia is still a mystery – as an adult it’s difficult to remember things early in life, even if we know we bring with us so much from infancy,” says Kingo.

Although prior studies had hinted at babies’ ability to remember people from early life, like a nursery school teacher, this was the first time they were shown to definitively remember someone they only met one time for a 45-minute study – years before.

But memory doesn’t always work in a conscious way. When the experimenters asked the 3.5-year olds which man they had met, their answers were no better than random guessing at the experimenter they had previously met.

“What this tells us is that we are affected by things we aren’t able to recall,” says Kingo. “The babies were very fast at recognizing the person they had seen before, very quickly started to attend to the new person.”

So what are some of the implications of kids remembering people they only met once? Kingo and his colleagues didn’t set out to ask that question, but he has some thoughts on it.

“It’s sometimes argued that if children don’t remember an instance, it couldn’t have hurt them — which is kind of a very simple way to get around the fact children are not as good as remembering or verbalizing as adults,” he says. “It’s important to know as much as we can about unconscious versus conscious memory, and in this study we can see for a fact that there is this unconscious memory beyond doubt.”

So perhaps that nurse knows what she’s talking about — babies can remember faces for a surprising amount of time.

Reference: Kingo OS, Staugaard SR, and Krøjgaard P (2014). Three-year-olds’ memory for a person met only once at the age of 12months: Very long-term memory revealed by a late-manifesting novelty preference. Consciousness and cognition, 24, 49-56 PMID: 24413559