Can You Verb Me Now?

Imagine this: a toddler watches his caregiver dig into a diaper bag. The caregiver looks down and says, “Oh, we... 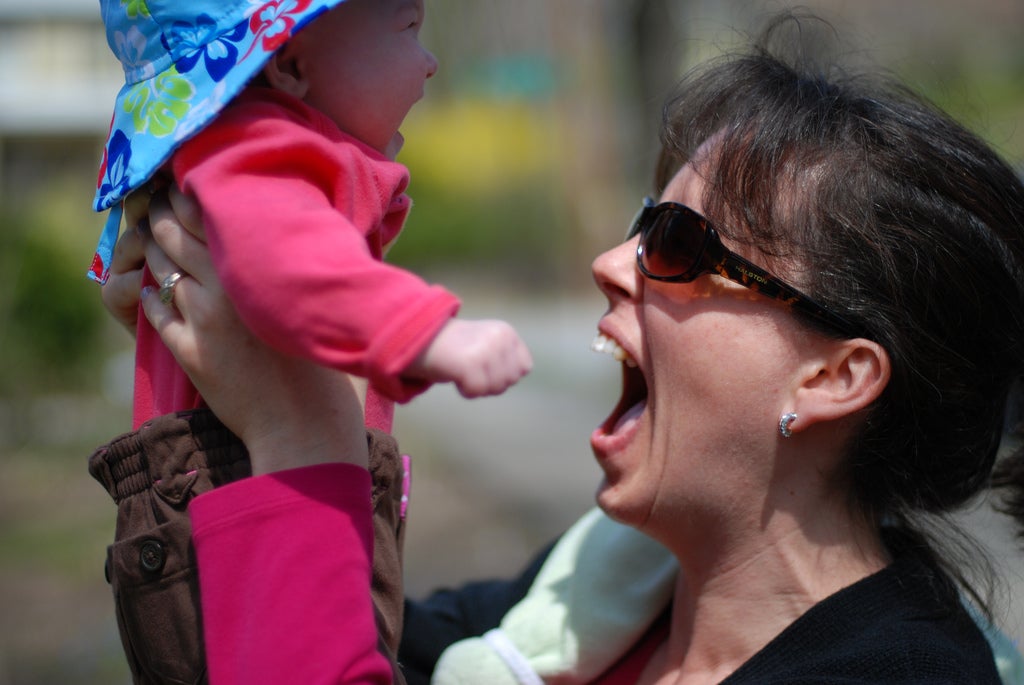 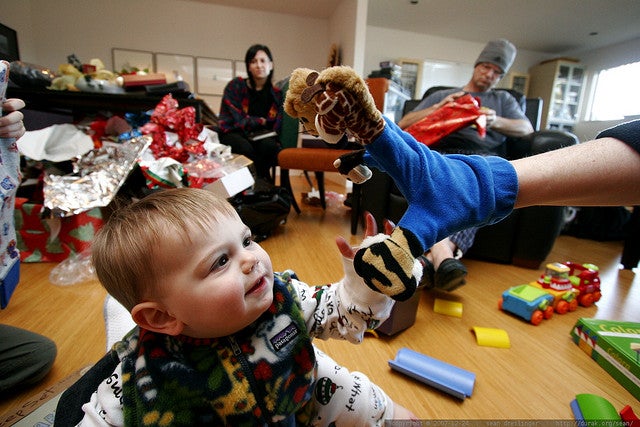 Have you heard the one about the blick?

Imagine this: a toddler watches his caregiver dig into a diaper bag. The caregiver looks down and says, “Oh, we need to remember to call grandma.” Would the baby think that grandma is somehow in the bag?

Researchers at Northwestern University found that even before they’re able to form sentences, babies are already able to get information about a new word from the way it’s used in context.

Brock Ferguson, a doctoral student at Northwestern University, set up a simple experiment. 15-month-old and 19-month-old babies looked at pictures on a screen. They saw pictures of a living creature and a non-living object paired together, and they overheard a conversation about a “blick” – a new word. Then the babies were instructed to look at the blick.

After hearing the information about the new object, when the 19-month old babies heard “the blick is eating” they were more likely to look at the animal than the non-living object. The results were published this month in the journal Cognition.

Most studies of kids word-learning looks at kids learning one word in a situation that is contrived to teach that word (baby — look at the cup),” says Sandy Waxman, who runs the Northwestern’s babylab. “The problem is that we know that babies don’t learn in situations like that.”

Learning By Listening In

Ferguson’s research brings up the thorny issue of verbs. While nouns represent only 6% of the most frequent words used in the English language, verbs make up 20% — yet they’re not what babies learn first. It’s well documented that babies learn nouns faster and earlier than verbs, and it’s thought that it may be necessary for babies to know nouns before they can tackle verbs.

The research also brings up an important childhood learning issue: babies need to hear words – and lots of ’em – in order to develop their language processing skills. Families with high socioeconomic status tend to hear many more words. Anne Fernald’s research at Stanford shows that by age 24 months, there was a 6-month gap between socioeconomic groups in processing skills critical to language development.

But here’s what’s cool: even if babies aren’t being directly spoken to, they can still learn a lot from overheard speech. “This is one way that overheard language can be linked to actual learning in even young infants,” says Ferguson. He adds that infants learn best from speech that’s directly straight at them, but they can still glean a lot from listening in on adult speech. “This should encourage parents who may be hesitant, because babies can learn a lot about these new words just by placing them in sentences that describe what a new object does,” says Ferguson.

Waxman says it’s great to see how babies are “bathed in language” right from the start. “We used to think they hear a word, see an object, and slap them together, but they can integrate information from language itself and then apply it later – that’s really amazing.”