The best apps for listening to music on your phone

Pump up the jam. Pump it up. 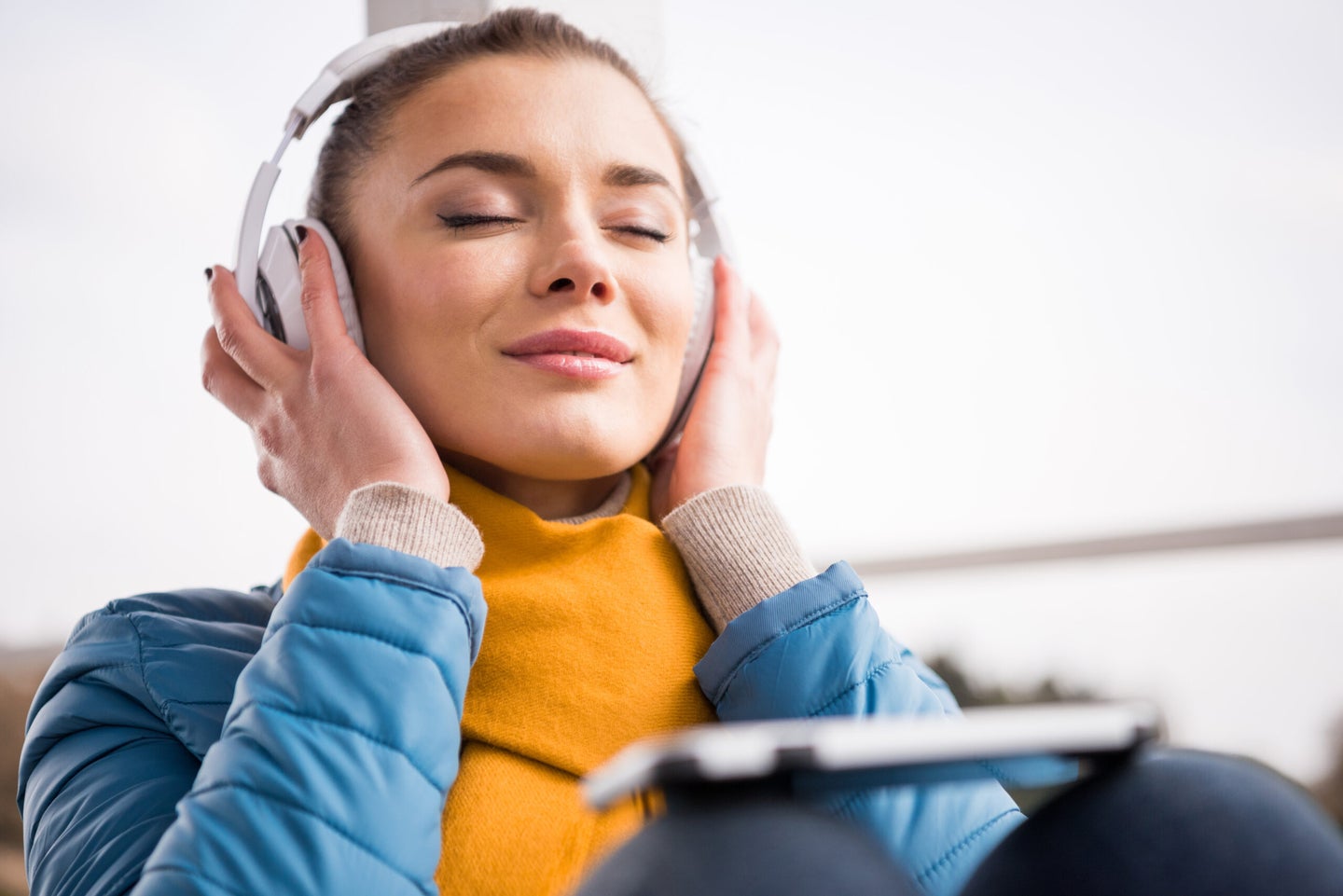 Smartphones continue to change the way we listen to music, even as downloads and CD rips give way to cloud streaming. That, of course, means there’s a wide variety of music apps available to help you rock out no matter how you like to collect and listen to your digital tunes.

Here we’ll round up the best options for Android and iOS, from apps that let you access millions of tracks in the cloud, to those that manage the beats stored on your device.

Google’s move to replace Google Play Music with YouTube Music as its flagship music player remains a work in progress, but the company seems dedicated to its plan, so that’s why we’ve chosen it for this particular list. As an app, YouTube Music is slick and intuitive, and because YouTube itself is a treasure trove of both official tracks and live or rare recordings, you’ll have access to some songs you might not be able to get anywhere else.

You can use the app for free if you want, or upgrade to YouTube Music Premium for $10 a month. That’ll remove the ads, allow you to listen to tracks even while the app’s running in the background, and enable offline syncing, too. We’re also fans of the YouTube Music recommendation engine that seems to hit the mark more often than not.

YouTube Music is $10 per month for Android and iOS

Part of the point of this roundup is to get you to consider some alternatives to Spotify, but there’s no doubt it’s an impressive music app, especially if you sign up for Spotify Premium. As a free user, you’re a bit limited and can only access a handful of recommended playlists on your phone, but you can still create unique playlists on the desktop and web apps.

Sign up for a monthly subscription and you’ll get all the Spotify goodness: offline syncing, on-demand access to more than 50 million songs, support for a wealth of devices and speakers, and smart recommendations and auto-playlists that Spotify seems particularly adept at crafting—perhaps thanks to all that listening data it’s gathered over the years.

Spotify is free or $10 per month for Android and iOS

Every iPhone comes with a Music app you can use to play tracks synced from iTunes, whether you’ve bought the audio files digitally or ripped them from a CD. It’s basic, but it’s simple and offers the advantage of smart playlists—it’ll queue up tracks you haven’t heard in a week or list all the songs you’ve rated with five stars, for example.

Give Apple $10 a month and the Music app transforms into Apple Music, which is also available on Android (where it lacks the free iTunes syncing functionality). In addition to your local iTunes library, you’ll get access to more than 50 million jams, smart recommendations for what to listen to next, and offline playlist syncing.

It might not attract the same amount of attention as Spotify or Apple Music, but Deezer is a comprehensive and capable music streaming service packed with useful features. It’s got smart music recommendations based on your listening history, an option to include your own MP3s in playlists, a web player that works in your browser, and plenty more.

From easy music curation to built-in support for podcasts and online radio, Deezer comes very close to the big names with its abilities, and it has its own library of more than 50 million tracks, too. As with Spotify, there’s an option to use it for free, but that’ll limit you to shuffling through your playlists when you’re listening on mobile.

Deezer is free or $10 a month for Android and iOS

If you’re an Amazon Prime subscriber, Amazon Music is definitely worth a look. You’ll get access to 2 million ad-free songs on demand, plus offline sync. It works a lot like Spotify or Apple Music, but the interface isn’t quite as polished. Still, it gives you access to customized playlists, recommendations based on your listening habits, and popular tracks and albums.

One feature that does stand out with Amazon Music is the ability to display and follow along with a song’s lyrics as it plays—very handy for those impromptu karaoke sessions. Whether you’re a Prime member or not, you can sign up for Amazon Music Unlimited for $11 a month. It’s the same app, but it’ll dramatically increase your choice of tunes to include more than 50 million tracks.

Tidal is best known for offering high fidelity music streaming, and although its rivals have caught up to some extent, that factor is probably still the reason you would pick Tidal over competing services. At the top tier you get lossless CD-quality music, and while the app doesn’t offer a free tier, you can sign up for a 30-day free trial to see if it’s right for you.

Most of Tidal’s features match those of the other music streaming services, including easy access to more than 50 million tracks, offline music syncing, and smart recommendations. Tidal also features hundreds of thousands of music videos in addition to audio tracks, and seems to score more exclusives than its rivals, even if they’re only temporary ones.

Tidal is $10 a month for Android and iOS

If you like your music apps cool and refined, you’re going to be very interested in what Cs (Cesium) Music Player has to offer. For a start, it’s clever at organizing your playlists, so you can group tracks together by artist or genre if you want, and we also like the extensive options available for quickly changing the app’s appearance.

The app also makes good use of swipe gestures to add songs to the upcoming queue, so the beats keep coming. It’s designed to work with iTunes, iCloud Music Library, and Apple Match, but can also access tracks you’ve added to My Music through an Apple Music subscription. It’s only for Apple users though—there’s no Android version.

Cs Music Player is $3 for iOS

BlackPlayer doesn’t give you access to a whole library of streaming songs in the cloud, but it does do a great job of playing files stored locally on your Android phone (there’s no BlackPlayer for iOS). The name comes from the app’s dark design, but you can switch to a light theme—and access several other advanced features—with a $3 upgrade.

From the instant mix that randomly picks songs from your library, to the intuitive scrubbing tool that lets you jump to a specific point in a song (down to the second), it’s a classy package that includes all the features you’d expect. Plus, it adds a sleep timer, a home screen widget, and the ability to edit track data inside the app.

BlackPlayer is free or $3 for Android

DoubleTwist covers a lot of bases. It exists as a cloud player to stream tunes from Dropbox, Google Drive, and OneDrive; as a PC and Mac tool for syncing your iTunes library to Android; and as an Android music player app. Some features (like iTunes sync) cost an $8 upgrade, but playing music tracks on your phone is completely free.

And as music players go, it’s an impressive one—getting around your library and managing queued tracks is quick and simple, there’s an integrated equalizer for playing with the sound output, and the app can handle podcasts and online radio as well. It’s one of the best all-around players for Android, even if you don’t pay to upgrade.

DoubleTwist is free or $8 for Android

Stezza scores points for an interface that’s a little different from the norm. Playback control buttons and album art are large and oversized, and it’s a little reminiscent of the now defunct Windows Mobile app. You can tweak this interface in a variety of ways to suit your tastes, and you can even create a custom aesthetic theme.

What you don’t get is much in the way of playlist management or any real deep dive into your music collection. You’ll need to do most of the organization on iTunes and then let Stezza handle the tracks you’ve synced on your phone. If that’s what you’re looking for, we’d recommend Stezza. If not, a more conventional player like Apple Music or YouTube Music might suit you better. It’s only on iOS though, so it’s not an option for Android users.

Ecoute brings with it a whole lot of refined style and elegance for $1 of your hard-earned cash, offering an alternative to the built-in iOS music app for playing songs synced from iTunes (there’s no Android version). The main reason you would choose this is its interface, which looks good enough that you could believe Apple itself designed it.

Getting around the app with taps and swipes is straightforward, and Ecoute includes easy sharing to Facebook, Twitter, and Last.fm, should you want your friends know what you’re listening to. Play counts get synced back to iTunes, so you can use it in combination with the smart playlists you’ve set up, but you don’t get any streaming music access.

Ecoute is $1 for iOS