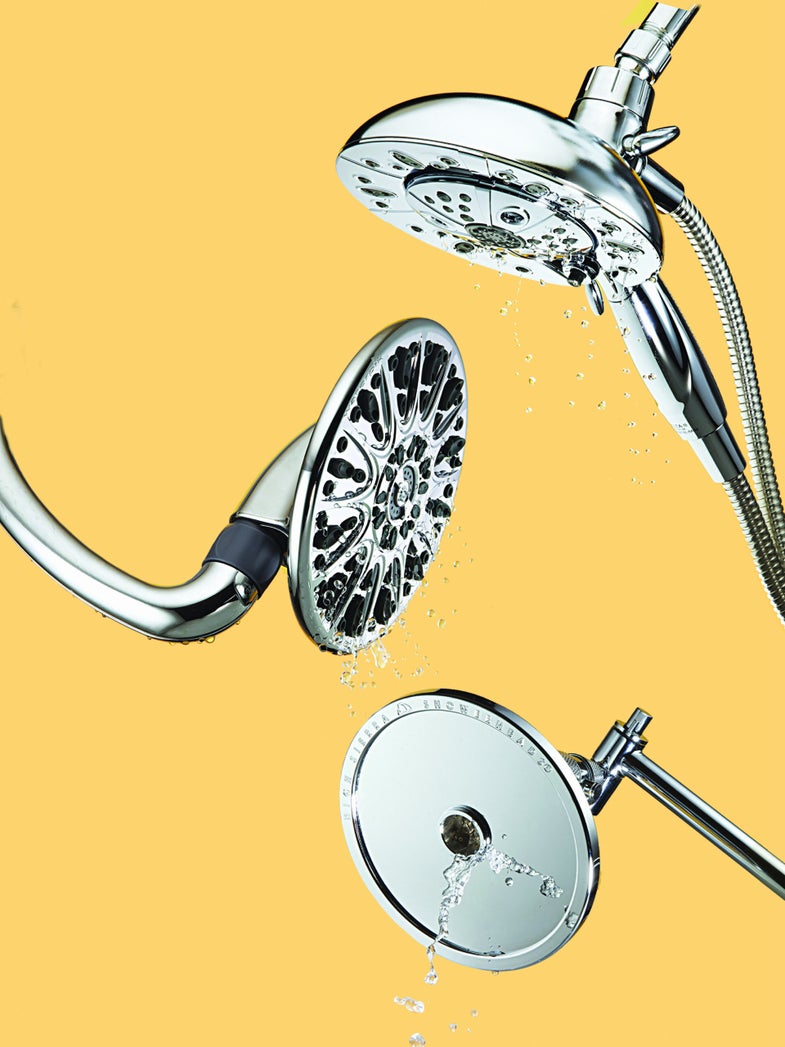 Decades ago, our showerheads blasted away suds with boom-time abandon. Then, in the ’90s, efficiency standards cut water flow by half or more—to 2.5 gallons per minute. Faced with ever-tightening laws, engineers are getting crafty.

Rather than push water through pinholes to create the illusion of pressure, Delta engineers steer the liquid into waves to give the feeling that there’s more H2O than there is. Based on the fluidics that help windshield nozzles spray evenly, the In2ition head circuits water through a series of internal dams to make concentrated, body-covering droplets. Amazon 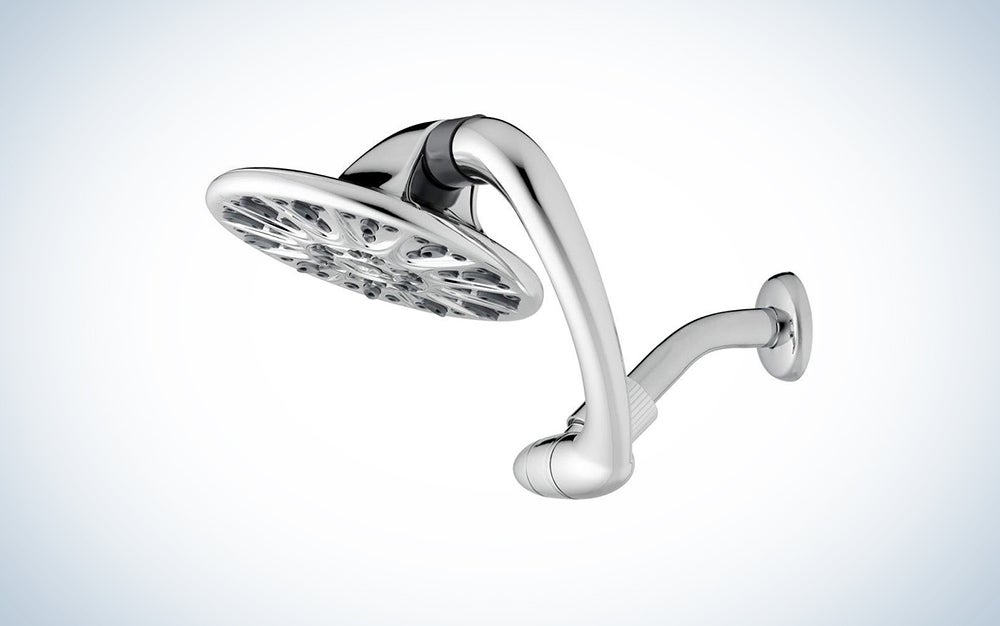 Its max flow rate is only two gallons per minute, but in massage mode the SideWinder can double its apparent pressure. An internal wheel rotates back and forth on a cam, opening and closing banks of nozzles as it moves. With one set closed, water diverts to the open holes. The switchback happens so quickly—up to 40 times a second—that it almost feels like the ’50s again.

It will take all 20 fingers and toes—if not more—to count the nozzles on most showerheads. On a High Sierra head, you’ll see only one. Inside the sole nozzle, a horizontal pin separates water flow into two streams. The cone-shaped opening directs them to collide with one another, which forms a drenching, rainlike spray. It feels like a hose, but uses as little as one and a half gallons per minute. Amazon