With A Struggling Wii U, Nintendo Plays It Safe At E3

What we saw from Nintendo's E3 announcements: updated versions and sequels to classic franchises. 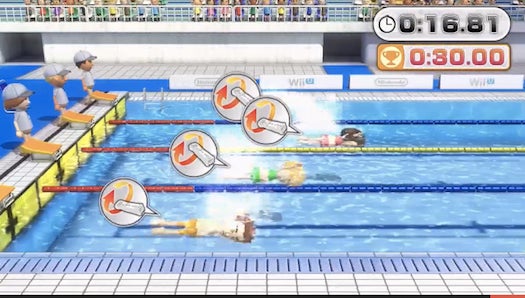 Audio and video issues plagued Sony and Microsoft’s E3 press conferences, but Nintendo opted for a livestream this year instead, with a mostly games-centric announcement. Here’s what we saw.

Nintendo’s Wii U hasn’t been living up to sales expectations, so the company’s new pitch for the console seems to be, “Hey guys, remember how much you loved us back in the old days?” There were new versions of plenty of Nintendo pet franchises. New Pokemon games are coming for the 3DS, with stylus-controlled interaction (you can tickle Pikachu’s nose, apparently?). The old-school side-scroller Donkey Kong Country is getting an update with Donkey Kong Country: Tropical Freeze, which… actually looks a lot like every other side-scrolling Donkey Kong game: run to the left and collect bananas (not that that’s not fun).

Continuing in the vein of 3-D, semi-explorable games like Super Mario Galaxy, a new Mario, Super Mario 3D World, is also being planned. The other big Nintendo franchise, Zelda, has a game coming for the handheld 3DS system: The Legend of Zelda: A Link Between Worlds. A new Mario Kart, the popular racing game stocked with Mario characters, was also announced, which makes the eighth (eighth!) installment in the series. A version of the 2003 Zelda game _Wind Waker_–a super-stylized, cartoonish entry in the adventure series–is also being given a Wii U revision. But Nintendo saved the biggest game announcement for last: versions of the classic, adored _Super Smash Bros._–which pits Nintendo characters in a free-for-all brawl–are coming to both the Wii U and 3DS.

Wii Party U, the cutesy successor to the game-with-friends Wii Party, is also coming, along with the workout game Wii Fit U. Nintendo could really use a mass-market hit like Wii Sports, which helped buoy the original Wii to success. Maybe one of these could be what does it for the Wii U.

The games coming from third-party game studios seemed a little less interesting, and Nintendo relegated them to a montage midway through its announcement. There are some non-exclusive titles similar to what came with the Wii U at launch: “grown-up” games like the pirate story Assassin’s Creed: Black Flag, along with a new, comic-book-inspired version of the Scribblenauts series. 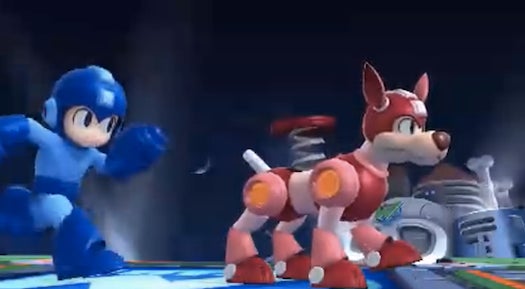 In fact, almost all of Nintendo’s press conference was dedicated to retreads of classics. Maybe the only totally new game that made an appearance was The Wonderful 101, a superhero-versus-aliens title.

New features for Nintendo’s systems also only got a fraction of the company’s announcement time. New drawing features, for one thing, were announced for the Wii U. Artistic etching and drawing options will let users work on a canvas and share the results with friends. (People have been drawing with Wii U software for a while now, even though that option wasn’t something the console was designed for.)

But that lack of features shows just how safe Nintendo was playing this one: not only was it focused just on games, it was focused specifically on sequels to classic Nintendo games. It remains to be seen if that can help the Wii U.