What It Was Like To Fly In The Concorde Supersonic Airplane

Today in 1973, the Concorde crossed the Atlantic for the first time. 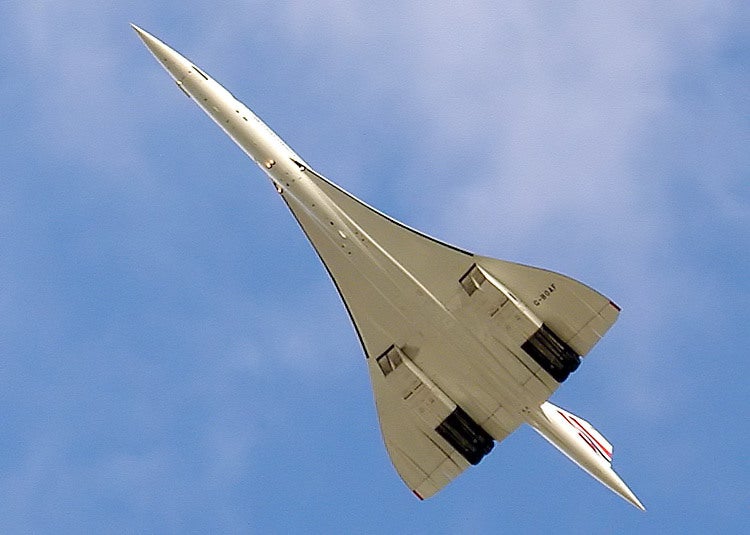 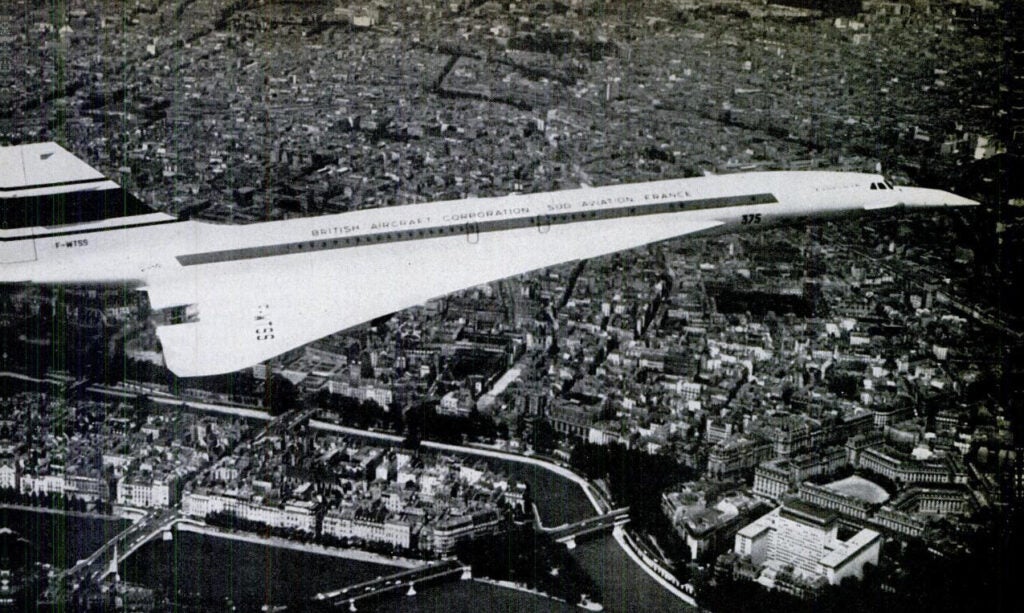 On September 26, 1973, the Concorde supersonic airliner flew from Washington D.C. to Paris for the first time, in a record-breaking 3 hours and 32 minutes. In 2003, Air France and British Airways retired the Mach-2 aircraft, citing rising maintaince costs and low passenger numbers after a deadly Concorde crash in July 2000. This article, written by _Popular Science editor Ben Kocivar, was originally published in October 1973._

Mentally, I had to pinch myself to be sure it was true, but sure enough, there I was kneeling behind the captain’s seat in the needle nose of Concorde 02.

“What’s our speed?” I asked Gilbert Defer, who was flying First Officer in the right-hand seat. He pointed to the Mach meter directly in front of the narrow-handled control yoke—it looked like a set of antelope horns—and with two fingers confirmed what my eyes saw: Mach 2, with the needle inching up toward Mach 2.02.

There was no physical sensation of speed. In the tiny cockpit for the two pilots and a flight engineer who sat sideways behind them, facing his instrument panels on the right, the noise level was low enough to permit conversation with only a slight voice rise. It was like being in the nose of a 707, but cozier. Captain Jean Franchi’s and First Officer Defer’s shoulders seemed little more than a foot and a half apart. Between them on the console I could see the four throttles that unleashed enough thrust to make the 204-ft. delta-wing giant practically stand on its tail during takeoff. 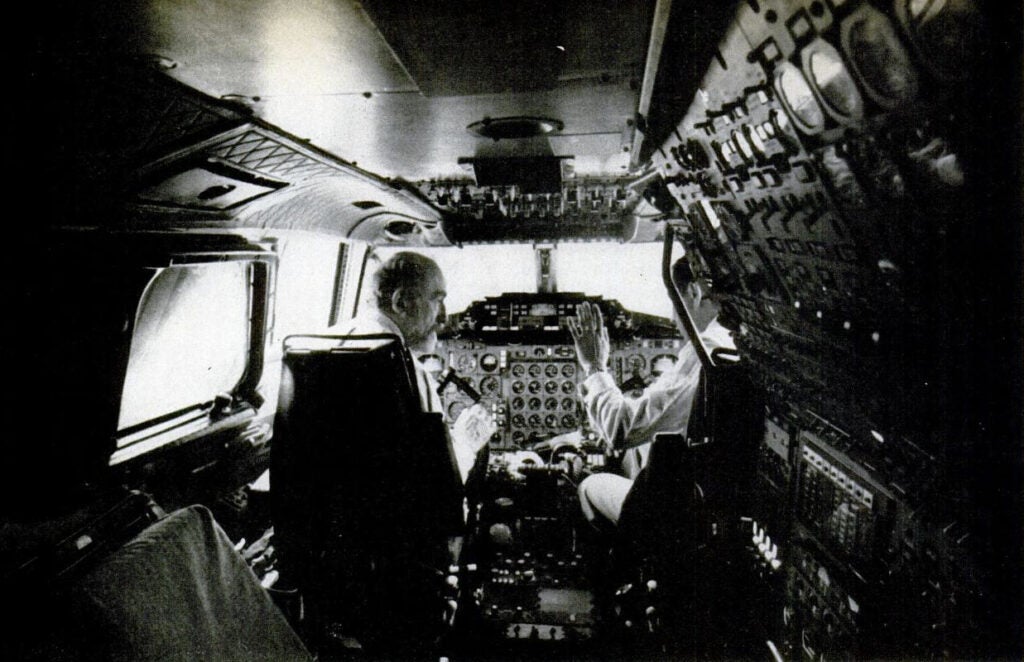 We had taken off from Le Bourget near Paris little more than half an hour before on a 1500-mile trip westward over the Atlantic to below the southern tip of Ireland.

“We’ve done the round trip to Iceland twice and went over 3700 miles nonstop,” Gilbert Defer told me. “In fact we were all prepared to fly from Paris to Washington before the air show this year, and fly back with a dozen American congressmen just to prove how fast and easy it is. But somebody in the top British and French government vetoed the idea at the last minute because they were afraid of your environmentalists.” As we go to press, however, a Concorde is slated to land here in September for the dedication of the Dallas-Fort Worth super airport.

I can report that inside the pre-production Concorde, which is one of four test versions now flying, the environment was dandy. For takeoff I sat way back in the tail in one of the 32 tan-leather first-class seats over the delta wing. These were the size seats to be used in the 108-passenger configuration, four across with an aisle down the middle.

As we rolled down the runway for takeoff there was a noticeable push as the captain flicked on the four toggle switches behind the throttles that turned on the powerful afterburners. A chorus of “wows” came from the passengers, and then another murmur about 27 seconds after we started to move as the nose came up at a steep angle, and we simply tilted back and went on and on and up into the sky. 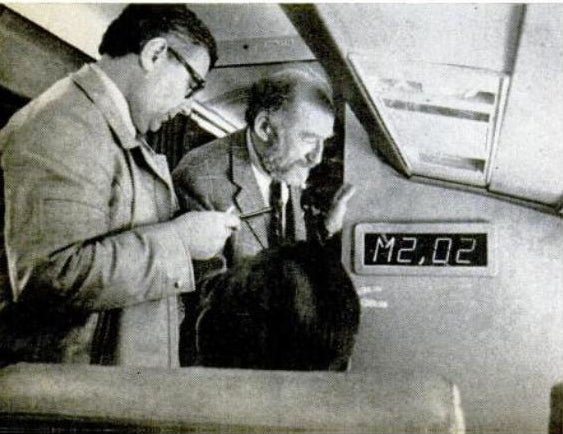 Flying at more than twice the speed of sound

“How many degrees up was that?” I later asked Defer.

“Pullup is about 22 degrees and takeoff speed between 186 and 212 knots,” he told me. The angle is then lowered to about 17 degrees for climb, and lowered again to about 12 until cruise altitude is reached.

The afterburners come into play again just before Mach 1 to give an extra boost to cruise at Mach 2. Jean Franchi, who is the chief test pilot on the Concorde and project pilot for 02, told me later: “The afterburners are used to about 47,000 ft. and Mach 1.7. From then on cruising thrust of the four turbines is used, and acceleration is slow by comparison. Yet, within 10 minutes we reach 50,000 ft. and just over Mach 2.”

We stayed subsonic over land to avoid making a boom, but within a half-hour of takeoff the cabin indicator showed us going past the speed of sound.

Read the rest of the story in the October 1973 issue of Popular Science magazine. 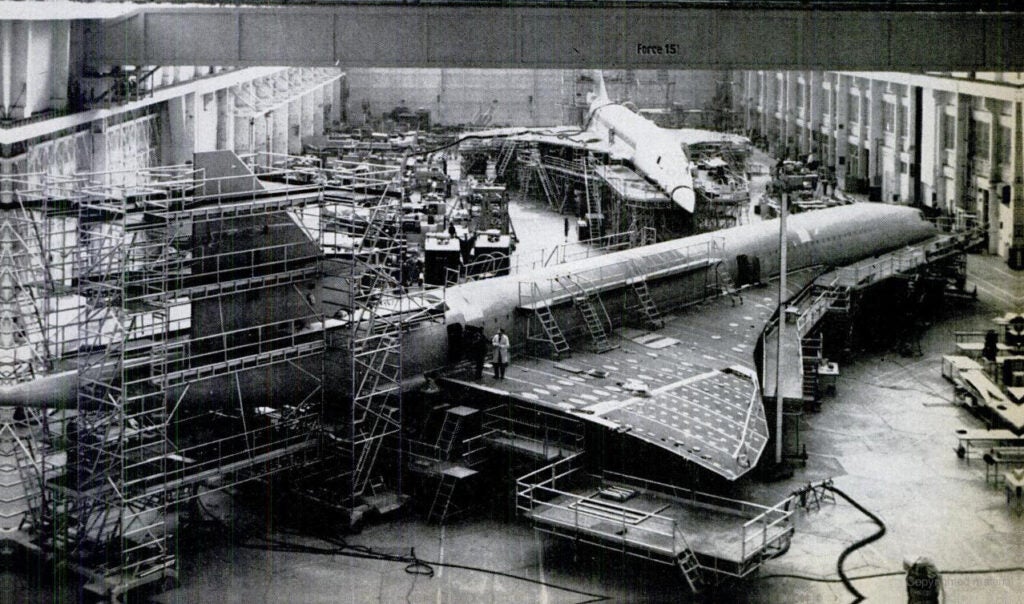