Ride This: An SUV-Size Insectoid Robot 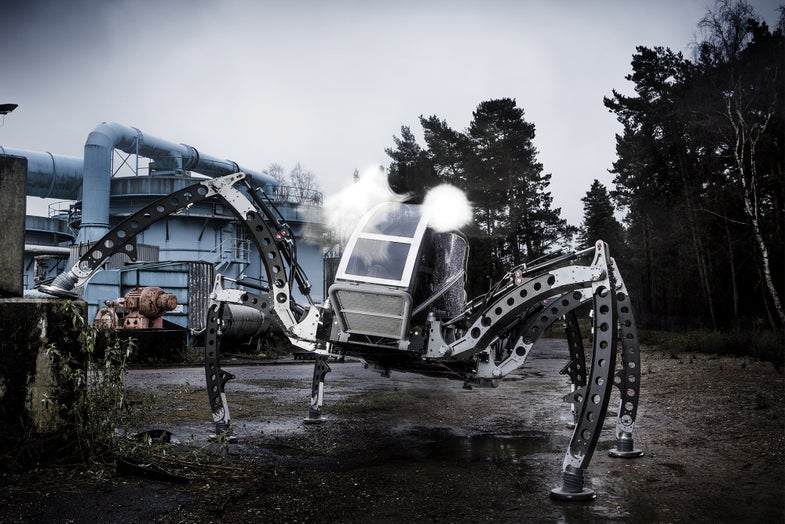 In 2007, Matt Denton stopped on the side of the road near his home in Hampshire, England, to watch an excavator dig. The machines had fascinated him since childhood, but after years of designing control systems for animatronic Hollywood creatures, Denton saw the shovel-tipped boom through a more imaginative lens. “It was effectively the shape of a leg,” he says. “So I started to wonder: Would it be possible to buy six of them and attach them to a chassis?” Four years later, Denton can lumber around in a two-ton, nine-foot-tall robo-walker he calls the Mantis.

Denton, who helped engineer the hippogriff (an eagle-headed flying horse) in the Harry Potter films, had also built walking hexapods for the movies and for fun, but they were no bigger than a radio-controlled toy car. He wanted the Mantis to be the size of an SUV. Unable to afford the project alone, he sketched out a design, used toy excavator arms to construct a scale model, and courted financial backers with the mock-up. No one bit. A few months later, a friend’s wealthy father heard about Denton’s quixotic mission and, inspired by his vision, agreed to bankroll it.

Denton asked his friend Josh Lee, a mechanical engineer, to help him build the Mantis. The pair spent the first few weeks studying hydraulic actuators—the artificial muscles that would move the robot’s legs. Meanwhile, Denton adapted software to drive the giant hexapod from code he wrote for his toy-size models. He and Lee then drew up plans for the robot’s central chassis and six legs, built and tested one appendage, and contracted a fabrication company to make the rest. When the aluminum-and-steel legs arrived at Denton’s workshop, however, he realized that some of the holes needed to bolt the pieces together were missing and others were poorly machined. Impatient, Denton spent a week correcting the flaws himself. “We had to make it work,” he says.

Although Denton had a working prototype by 2011, the Mantis weighed too much and moved too slowly. To cut its mass by 400 pounds, he removed one of the four joints in each leg. The joints had enabled better mobility on different terrain, but the Mantis moved well enough without them. Denton also streamlined the chassis, which houses the hydraulic system, diesel engine, electronics, and the pilot’s chair.

When the moment arrived to drive it, Denton wouldn’t climb inside. “I was too scared,” he says. To allay his fears, he performed 100 hours of Wi-Fi–enabled testing over six months. His first time out was terrifying, but the Mantis operated as expected, and he slowly grew more comfortable in the cockpit. Now Denton shows off his creation at festivals. Some criticize its slow pace—the Mantis hasn’t cracked two miles per hour—and Denton is uncertain if it has a future in movies, construction, or elsewhere. But adolescent spectators understand it instantly. “Kids love it,” he says. “They want to get in and stick some lasers on it.”

How the Mantis Works

A. Controls
A pilot selects one of several gait patterns from a touchscreen control panel. One mode designed for rough terrain instructs the robot to pick each leg up before swinging it forward. Manipulating the joystick can direct the machine to creep forward, backward, or crab-walk to the side. Twisting the joystick forces the Mantis to turn in place.

B. Sensing
Once a foot touches the ground, force sensors alert an onboard computer. Only then can the next leg in a walking sequence swing forward. A ball joint in the ankle allows the foot to pivot and plant itself on uneven ground; if the foot meets a ledge, however, another sensor tells the computer to find a more secure spot. Denton hopes to place ultrasonic sensors in each leg so the robot can scan the ground before stepping down.

C. Safety
Should an emergency arise, Denton says, “we have two big red buttons.” One sits right next to the pilot in the cockpit, the other at the back of the machine (where one of Denton’s friends walks in step with the Mantis, making sure no animal or bystander falls beneath its feet). Both buttons kill the power and freeze the robot where it stands. 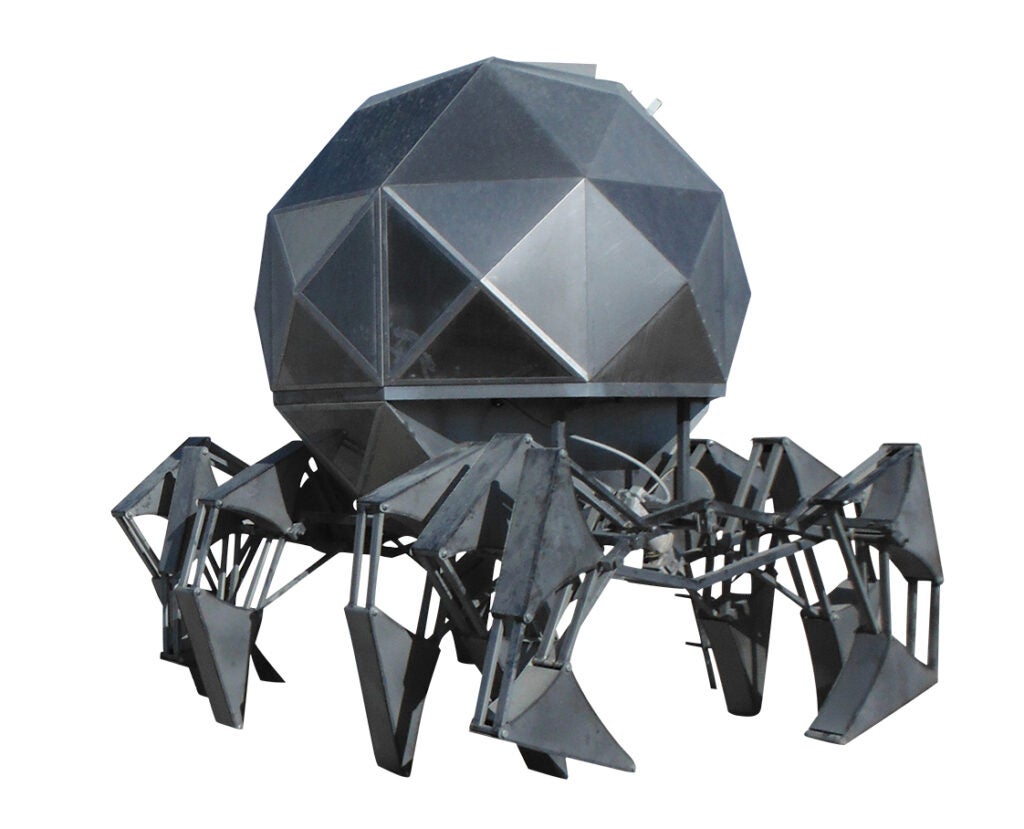 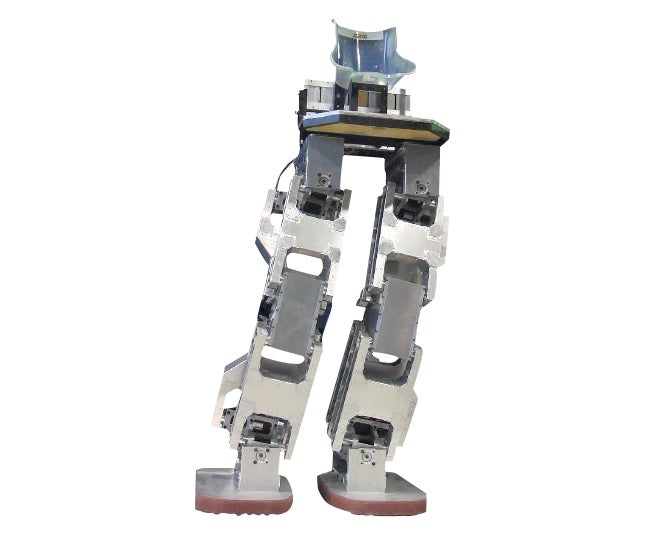 In high school, Hajime Sakamoto was so obsessed with humanoid robots in the anime TV series Gundam, he assembled toy models of the machines. Today, the 46-year-old roboticist wants to build a full-size, 59-foot-tall automaton. For now he has made a pair of legs that stand 11.5 feet [above]. Sakamoto hopes to add a torso later this year, climb into the 13-foot-tall walker, and ride around.

DIY
robots
Technology
you built what