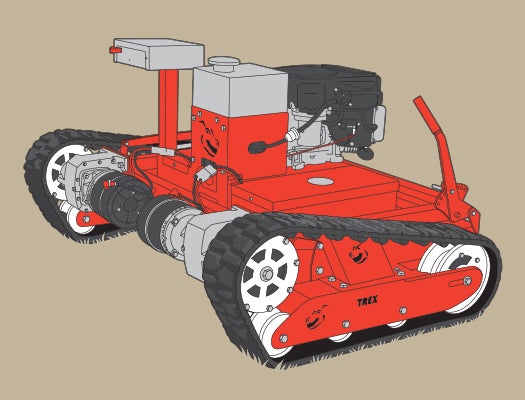 Springtime means the return of wildlife and greenery—and annoying chores. Here are a few unconventional devices that nip the season’s nuisances in the bud with military efficiency.

Electrical engineer Luis Medina wanted to trim grassy lawns that no ordinary lawnmower could touch. So he and some friends built the TREX (Terrestrial Robotic Explorer): a remote-controlled, industrial-strength mower with tank-like treads to grip the steepest of slopes. The TREX, now sold by their company, Evatech, weighs 540 pounds and costs about $15,000 to make. It uses electrical motors instead of hydraulic fluid, and it’s waterproofed to mount amphibious assaults on marshy plots. 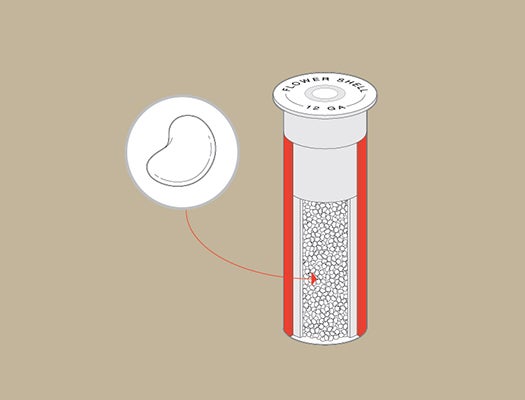 When inventor Per Cromwell fires his shotgun, he unleashes a blast of life. Cromwell’s flower shells replace metal shot with a dozen different types of seeds, including poppy, lavender, and peony. He aims his gun at the ground in front of him and shoots; sprouts appear three to five weeks later. “Out of this very violent approach,” he says, “you can actually grow beautiful flowers.” 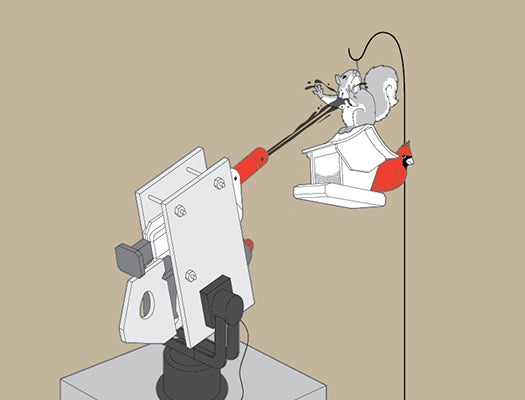 Kurt Grandis set up a feeder in his backyard to watch birds—not squirrels—so he created an autonomous water sentry gun. Custom software analyzes data from a webcam (pointed at the feeder) and distinguishes squirrels from birds by size, color, and fuzziness. “The idea is basically teaching the computer what squirrel-ness is,” he says. Motors aim a Supersoaker at rodent marauders and pull the trigger.