Continuing China’s acquisition spree of Ukrainian military systems, the first of 3 IL-78 “Midas” tankers takes off from an Ukrainian... 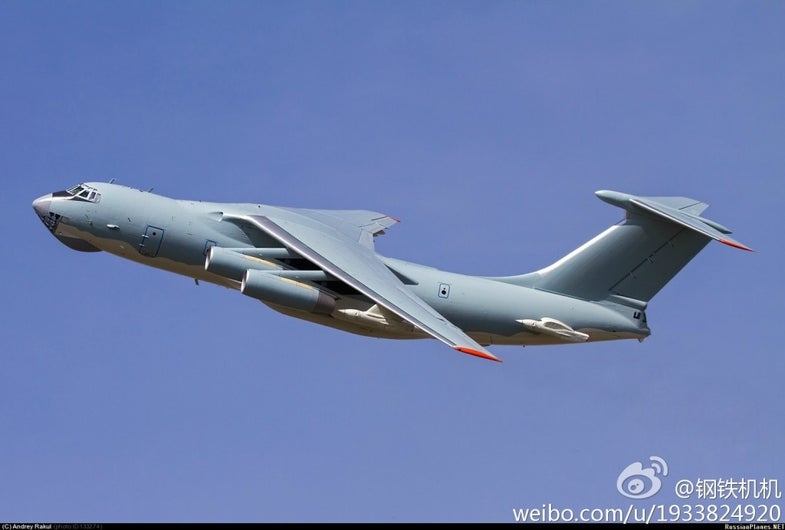 Continuing China’s acquisition spree of Ukrainian military systems, the first of 3 IL-78 “Midas” tankers takes off from an Ukrainian airfield, colored in standard People’s Liberation Army Air Force (PLAAF) light blue/grey paint job. While China originally purchased 8 Il-78 tankers from Russia in 2005, that deal has been on hold for nearly a decade due to Russian inability to source new airframes. The three IL-78 tankers are refurbished from Ukrainian Air Force surplus and each are fitted with three UPAZ-1 aerial refueling pods to transfer up to 85 tons of on board fuel. The long awaited PLAAF acquisition of Il-78 tankers will give China the ability to refuel aircraft such as the Su-30 strike fighters and KJ-2000 Airborne Early Warning and Control (AEWC) system during extended missions over disputed maritime areas. The Il-78 will improve Chinese capability for extended air patrols in both combat and intelligence gathering missions, and in the near future, refuel J-20 stealth fighters and a possible new bomber design.