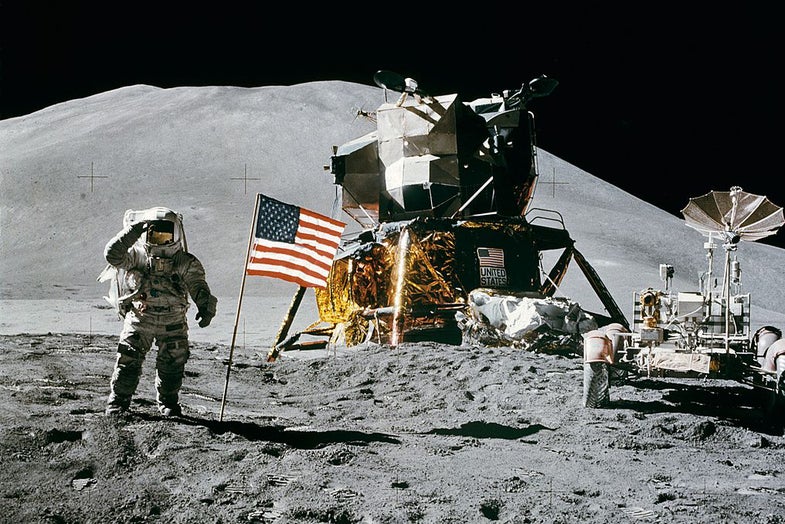 Welcome to Crazy Town, where the moon landing was staged, 9/11 was a hoax, vaccines and teeth-strengthening fluoride are poisons distributed by the government, Barack Obama isn’t really a citizen, and the Earth is absolutely not on an irreversible path toward hot, pollution-driven destruction. Conspiracy theories, the lifeblood of the real America.

A new study probes the connections between conspiratorial thinking (conspiracist ideation) and the tendency to eschew certain well-established scientific facts, finding that conspiracy theorists were far more likely to be against vaccinations, and somewhat more likely to be skeptical of climate change science and genetically modified food.

The researchers, from the University of Western Australia, used an online survey of 1,001 U.S. participants to gauge attitudes toward conspiracy theories, vaccines, climate change and GM foods, asking people how much they agreed with statements like “the risk of vaccinations to maim and kill children outweighs their health benefits.” They found the participants with greater conspiracy ideation also tended to reject the scientific issues they asked about, especially in the case of vaccines.

Lewandowsky also found links between conservative, free-market thinking and rejecting climate science–if you can imagine. The was no association between political affiliation and acceptance of GM foods. While there was some minor evidence linking political affiliation and anti-vaccine beliefs, that road goes both ways: both anti-Big Pharma progressives and antigovernment libertarians get in on the Jenny McCarthy craze.