How Fast Does An Elephant Pee?

David Hu's "Law of Urination" says nearly all mammals empty their bladders in the same amount of time. And he's got videos to back it up. 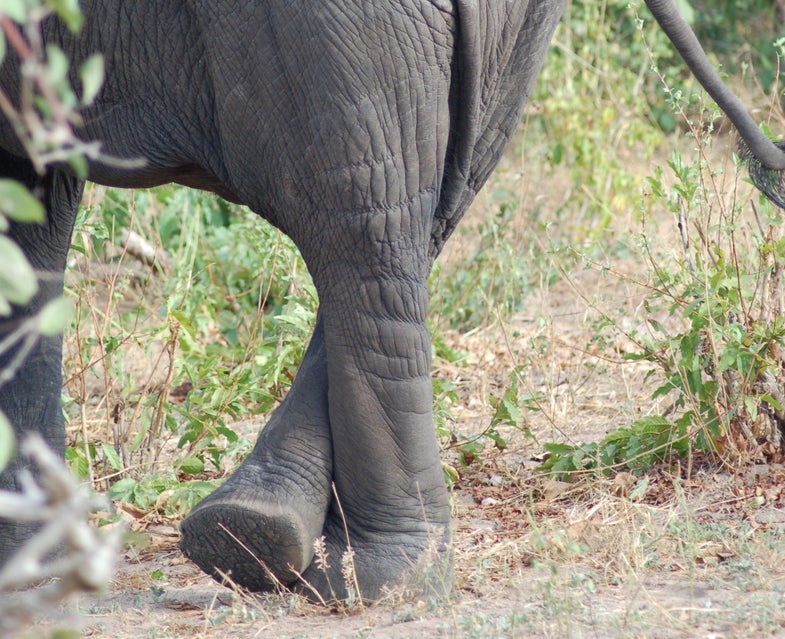 David Hu wanted to know what it’d be like to change an elephant’s diaper. Hu, an assistant professor of mechanical engineering and biology at the Georgia Institute of Technology, has two toddlers, so he’s been doing his fair share of diaper work in the past few years. Like any curious teacher would, he turned it into a question for his fluid mechanics class: How long would it take to empty an elephant’s bladder, based on the bladder and urethra dimensions of that animal? A couple of his more enthusiastic undergrads grabbed a high speed camera, went to the zoo and measured the process in real life.

Hopefully, no one ever has to change an elephant’s diaper, because man, would that be heavy. An elephant can urinate about 42.3 gallons in one go. Perhaps taking “a leak” isn’t an an accurate way to describe it. It’s more like the gush of a broken sewer pipe: almost 1.5 gallons of liquid launching from the urethra every second.

‘It’s the length of the pipe that matters.’

Soon, Hu and his lab began to look at other animals, too, and noticed something intriguing: all animals seem to empty their bladders in about the same time. An elephant, which has a bladder that’s almost 2 feet tall and holds the equivalent of three large trash bags of pee, relieves itself in the pretty much same amount of time as a 20-pound dog with a bladder that only holds half a cup of liquid: about 20 seconds. Hu compared it to filling up your kitchen sink and your bathtub, unplugging the drains and having them empty at roughly same time. This is what Hu calls the “Law of Urination,” which states that nearly all mammals empty their bladders over the same amount of time. It takes 20 to 40 seconds to empty a bladder, whether the animal can hold 1 liter of liquid in its body or 100.

“It has to do with the design of the bladder,” Hu tells Popular Science. In other words, it’s all in the urethra, the bodily pipe that moves urine from the bladder out of the body. (In dudes, it also ferries sperm.) “It’s really important for making the bigger animals eject fluid faster,” he says. “It’s the length of the pipe that matters.” Because larger animals seem to use gravity, rather than the muscles of the bladder, to keep their flow going, the longer the tube, the faster a single molecule moves through it. The diameter of the urethra matters, too, by increasing the volume of liquid that comes out every second—in the elephant’s case, that 1.5 gallons.

The ratio between the length and diameter of the urethra was nearly constant for the animals Hu and his team studied: 20 times longer than it was wide. The elephant’s drainage pipe of a urethra (1 meter long, 10 centimeters in diameter) has exactly the same aspect ratio as the mouse’s, which is about the size of a thick staple (1 centimeter long, 1 millimeter in diameter).

However, for animals as small as mice, the physics of urination are totally different. Because their bladders are so tiny, “the gravitational force sort of stays in the small animals,” Hu says. “It’s like having water stuck in a little thimble.” So the theory only seems to apply to mammals that weigh more than a kilogram. As for humans, Hu hasn’t really put us to the test, but we likely fall within the standard 20 to 40-second range, too. (In a completely non-scientific study, it took me approximately 15.2 seconds to free myself of part of a Diet Coke. Performance pressure.)

The Law of Urination is based on high-speed video recordings of an elephant, a cow, goats and rats, plus 30 additional animal urination videos from YouTube and already-recorded flow rates from the scientific literature. The researchers caught the animals’ golden data streams with “containers of an appropriate size.” 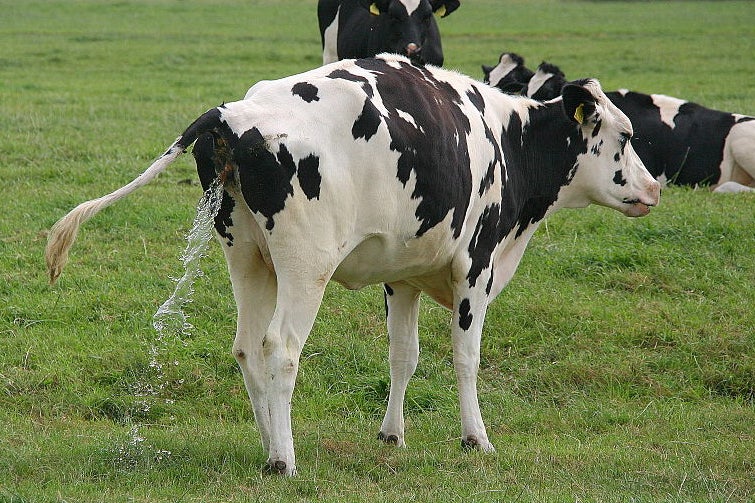 In the name of science, Hu learned quite a bit about the pee routines of animals; every animal they collected data on came with its own data gathering challenges. “The elephant is the hardest, because you can’t make an elephant do anything. The elephant decides what it wants to do,” he describes. Luckily, they like to keep their cages clean, so the researchers could collect data first thing in the morning when the animals came out for their morning wiz. And because elephant handlers collect urine for testing, there’s a particular exercise routine, including climbing up and down off a stool, that the elephants are trained to go through to get their bladder going. Cows, too, can be stroked “in a particular part” (the paper mentions the vulva) to entice urination. “Apparently it really loves that feeling,” Hu says. And then it pees.

As fun as catching elephant pee must be, beyond getting this study published, there’s probably not a future in urine studies on the horizon for Hu. His team is talking to urologists and veterinarians about the possibility of using flow rates to identify prostate problems in older male animals, but “I think this is all I wanted to say about urine,” he says.