The Brilliant Ten: Roxana Geambasu Exposes How Companies Use Your Data 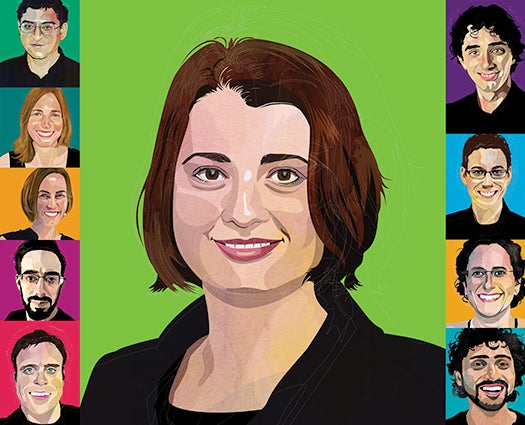 As a computer scientist, Roxana Geambasu of Columbia University says she picks new projects based on what “really, really annoys me.” She hates ceding control of her personal data online, which is why she’s building software that allows people to see where the information they upload to the cloud goes.

In order to understand how companies share data, Geambasu devises clever ways to track the repercussions. Her latest software uses a series of “shadow accounts” to see how ads change when certain phrases are used. She found, for instance, that when people email about topics like cancer or depression, ads for spiritual meditation services will appear. What’s more, if people then click on those ads, they’ve confirmed the targeting was effective. Other programs she’s designed make data self-destruct after a set period of time, help users track what information they’ve entered where, and limit data breaches from lost or stolen phones.

Geambasu views her work as a way to provide some of the corporate transparency she hopes to see in the future. “I’m not sure we have anonymity at all anymore,” she says. “But this idea of services declaring what data they use is going to become extremely important.” As long as companies aren’t saying what they do with users’ information, she’ll work to make public how that personal data is shared.