4K is pricey, and there ain't a lot of it. Sharp has a solution (for now). 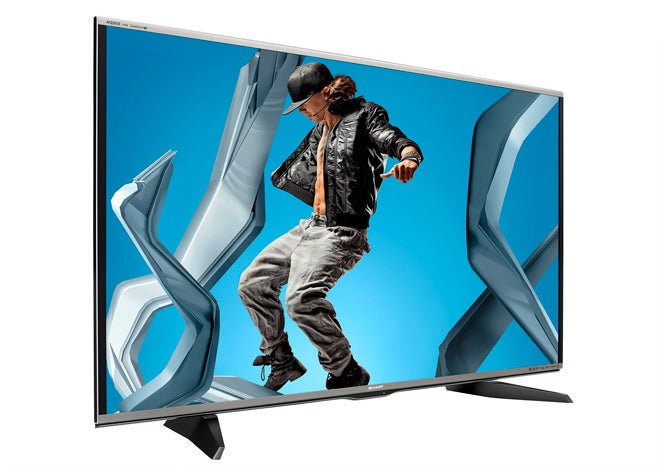 Moving from one video standard to another is a pretty messy process. It requires an entire ecosystem of cameras, players, displays, and software. One of the big-buzz items at this year’s Consumer Electronics Show in Las Vegas is one of those conversions: the move from HDTV to 4KTV. A 4K display, as you would expect, has roughly four times the pixels of an HD display, which means much (much) sharper images. Trouble is, we’re still so early in the 4K conversion that we’re missing a key thing: um, content. At its press conference this morning, Sharp unveiled a clever stopgap—something to tide us all over until 4K is affordable enough for the average Joe.

The solution? Make the pixels you have into more pixels. Sharp did this for the first time several years ago, when they added an extra color to the pixels on its line of HDTVs. Typically, each pixel on a set has three subpixels (blue, green, and red) that combine to color the pixel in question. Last time the company did this trick, they added a fourth yellow subpixel. What did that get you? A broader range of colors — like, crazy I-don’t-know-if-my-eyes-can-even-see-this-much-color kind of color range.

This time, they’re taking those four subpixels and dividing them in half vertically. The panels on upcoming line of Quattron+ TVs have a resolution 1920 pixels by 2160 pixels, instead of the 1920×1080 of standard HDTVs. Regular, old HD footage comes out with the same vertical resolution as 4K video. Ta-da!