Video: Bionic Boots That Let You Run Up To 25 MPH

At Maker Faire 2014, inventor Keahi Seymour shows how his ostrich-inspired robotic boots give him a speed boost 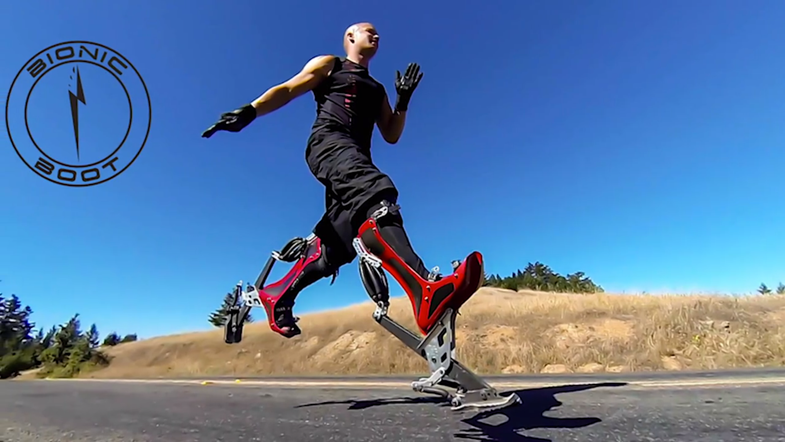 Inventor Keahi Seymour has been developing the Bionic Boot for a quarter of a century—and he isn't done yet. His current prototypes boost his running speed to 25 miles per hour, but he hopes to eventually reach 40. Keahi Seymour
SHARE

Ever wanted to run like an ostrich? When Keahi Seymour was a teenager, he decided to create shoes that would let him emulate the birds’ springy gait and match their top speed—45 miles per hour. Many years and a dozen prototypes later, Seymour came to Maker Faire to show off the latest version of his “bionic boot.” This prototype boosts his pace to a brisk 25 miles per hour, but Seymour won’t rest until he can take the human body to the next level, and outrun some of Earth’s fastest land animals.

In September, _Popular Science attended World Maker Faire at the New York Hall of Science. We saw giant robots, tiny Tesla coils, and musical instruments made out of anything you can imagine. Check out some of the coolest projects with us!_