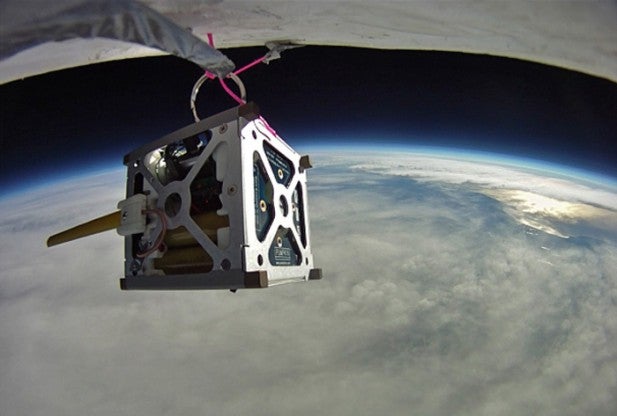 “The smartphone in your pocket has more computing power than the spacecraft that took the Apollo 11 astronauts to the moon,” says anyone trying to impress anyone else with the massive scaling of computing power over the last few decades. Perhaps taking a clue from this cocktail party trivia, NASA is now developing spacecraft powered by commercial smartphones. The space agency’s PhoneSat program (not sure if that’s an official name, but that’s what people are calling it) aims to develop prototype nanosatellites built around HTC handsets.

The idea here is to integrate cheaper, off-the-shelf components into platforms for which NASA often builds its own technology from scratch. This will drastically drive down costs for small science missions–each of the three existing PhoneSat satellites costs just $3,500–and also will allow NASA to take advantage of Silicon Valley’s rapid-refresh approach to technology development that pushes new devices and technologies into the marketplace at a torrid rate.

The two PhoneSat 1.0 models are built around Nexus One smartphones, while the single PhoneSat 2.0 model is build around a Nexus S. Each weighs less than four pounds and is roughly four inches cube. There’s not yet a set launch data for the satellites, but they are supposed to go to space sometime this year. The PhoneSat 1.0 models will be the first into the vacuum, and once they prove they can survive there the 2.0 model will follow.

Smartphones are more or less ideal technology packages for this sort of thing, as they integrate processors, open operating systems, inertial and orientation sensors, GPS receivers, high-resolution cameras, and other technologies into a compact, relatively inexpensive form factor. NASA envisions using its PhoneSats for future Earth observation missions, moon exploration initiatives, and spaceflight technology testing. It even plans to use a PhoneSat 2.0 for a heliophysics experiment sometime next year.