The Army Enlists Lockheed To Build Another Laser

Two lasers in development, one for backup 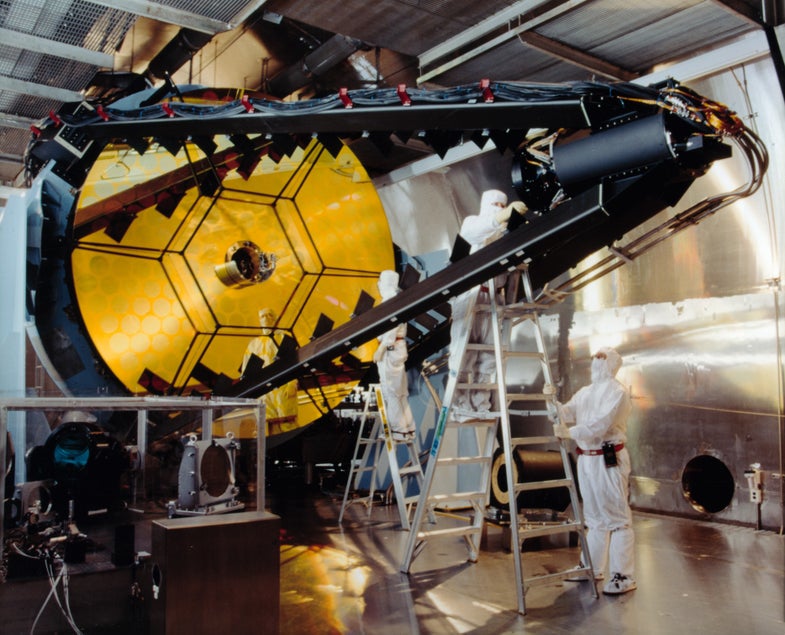 If lasers are the future of war, the Army wants to make sure it gets them right. The dirt-stopping branch of America’s armed forces already has the HEL-MD laser-armed truck in development. Made by Boeing, the HEL-MD successfully destroyed mortar rounds and drones in flight in 2013. Now, to hedge their bets and make sure they get a working laser weapon, the Army is looking to Lockheed to create another laser, in case the HEL-MD doesn’t work.

Laser guns, also referred to by their duller technical name “directed energy weapons,” work by using high-powered light to melt through their target. In March, Lockheed released a picture of a truck engine they destroyed with their laser. Some laser targets, like landmines, are easy, because they just stay in one place. To burn through drones or incoming mortar rounds or missiles, a laser has to have a lot of power and be able to track their targets. The Navy has demonstrated a ship-borne laser against dummy boats and drones. For a battlefield system to accompany marines, they’re looking at one that uses multiple trucks.

The first laser tested on the HEL-MD used 10kW, enough for a demonstration but not powerful enough for combat. Lockheed is already looking at making lasers as powerful as 100kW, with a possible development of a 300kW one. If they can make that laser work, it’s not just the Army that might want them. The Air Force is looking to put laser guns on its planes by 2022.