From The Archives: Balloons Explore The Stratosphere 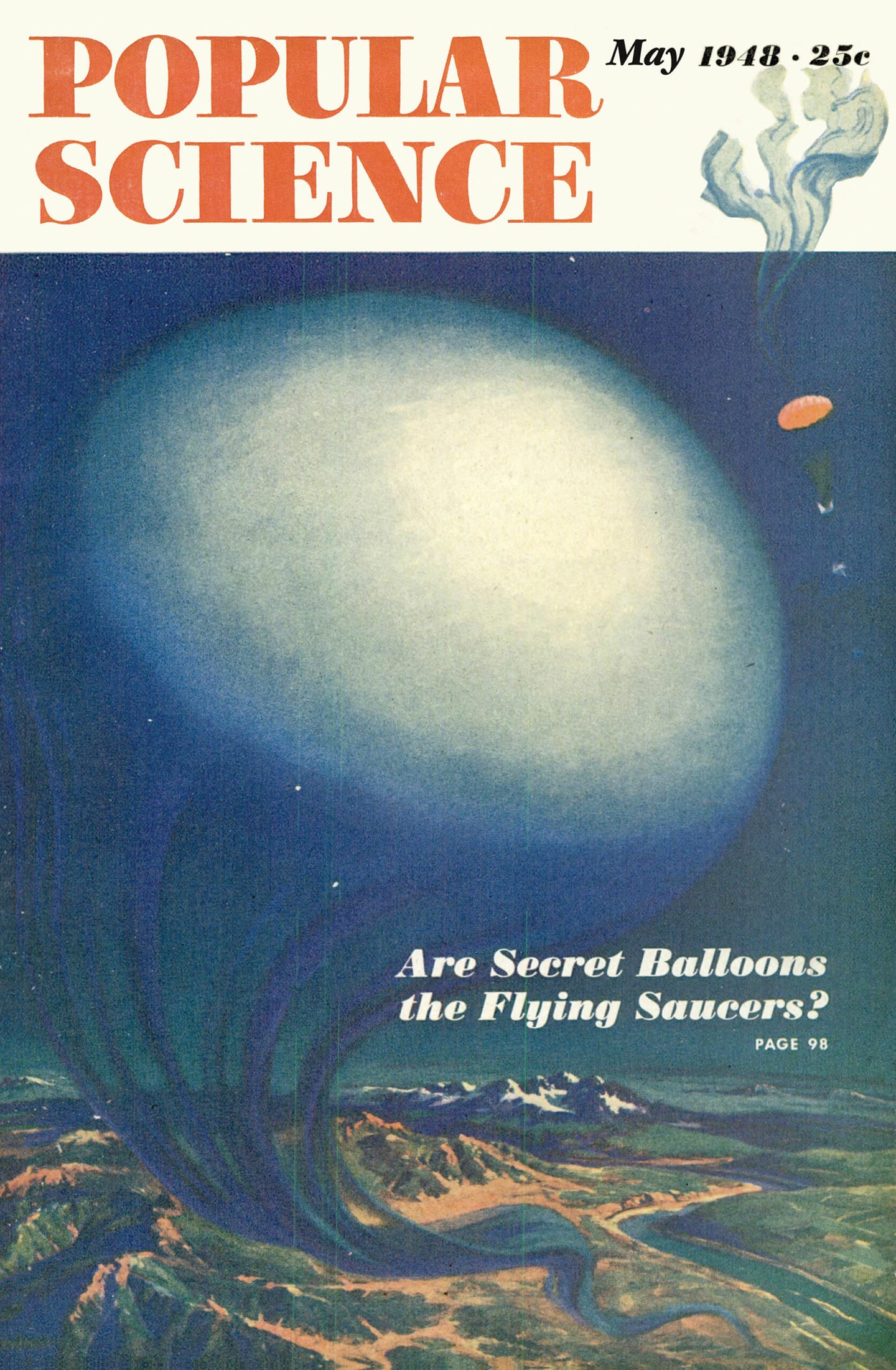 In May 1948, the unmanned research balloon on Popular Science’s cover lifted off to explore the stratosphere. As part of Project Skyhook, researchers from General Mills—yes, that General Mills—loaded the balloon with instruments, and deployed it to 100,000 feet to analyze air composition and cosmic rays. “Where our balloons now float will be man’s highway of tomorrow,” Otto C. Winzen, the project’s engineer, told us then. Now, companies are racing to prove Winzen’s prediction correct. They plan to lift tourists to 100,000 feet using football-field-size balloons that drift on a path over Earth before descending. Read more about how they’ll do it here.

In October 1934, Jeannette Piccard became the first woman to reach the stratosphere in a balloon. One of her travel companions was a pet turtle named Fleur de Lys.

As part of a stunt to advertise a new TV in 2009, DIY space program JP Aerospace helped Toshiba send an armchair more than 98,000 feet up into the stratosphere.

During the 2012 election, California middle- and high-school students sent bobbleheads of presidential contenders Barack Obama and Mitt Romney to near-space.

Two Swedish brothers launched the first doughnut (a sprinkle one)into the stratosphere above Norway in April 2015. Unfortunately, it returned to Earth in Lake Vättern.

This article was originally published in the August 2015 issue of Popular Science, under the title “Balloons Explore New Heights.”